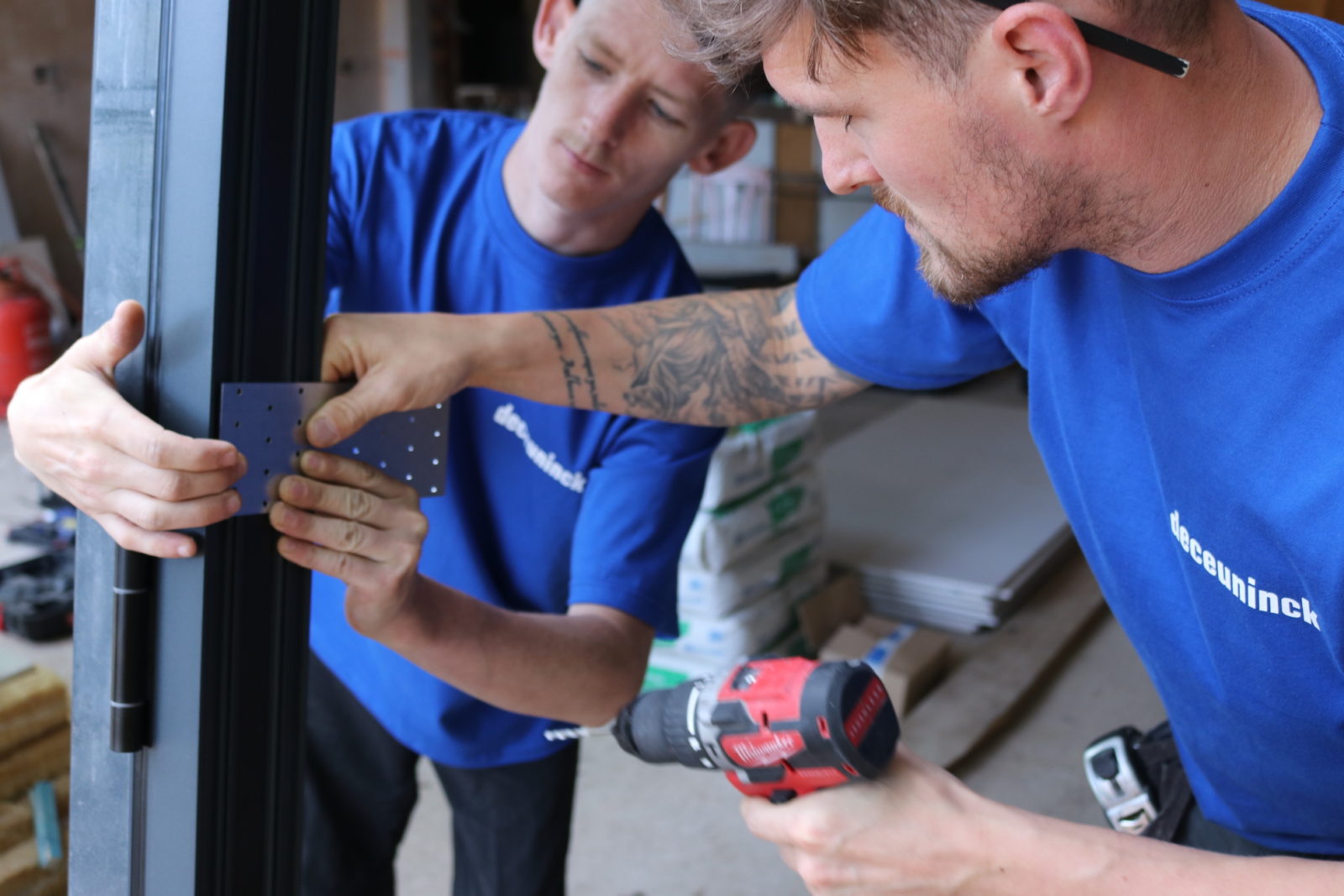 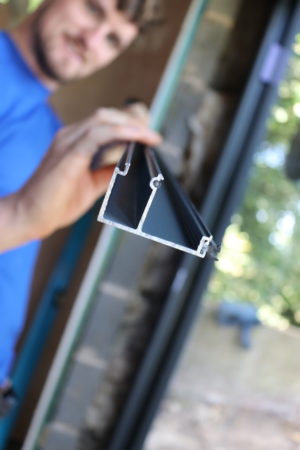 It was an ambitious project, aiming to carve a niche within an expanding specialist market. However, Deceuninck has a well-established presence in the PVCU market, and there were arguably many opportunities among the existing customer base to leverage sales.

That said, while the aluminium sector is growing, there are already many excellent products at many different price points from which fabricators and installers can choose.

Deceuninck’s open day at the beginning of December was the company’s opportunity to demonstrate that its strategy of bringing a new aluminium product to market – which was easy to fabricate, balanced cost and quality, and was straightforward to install – had worked.

“Installers have taken Decalu and run with it,” Nigel said. “Take up has been very positive as a result. In fact, we will have achieved our 2021 target by the end of Q1 2021.”

Nigel explained that while Deceuninck’s relationship is typically with the fabricator, with Decalu there hasn’t been a drive to persuade fabricators to switch systems.

“We are picking up people who have never even fabricated aluminium before,” he said. “They are being encouraged to do so by their customers, and we’re certainly not selling this on price.”

One such fabricator is Vale Windows, an existing Deceuninck PVCU fabricator that was buying in aluminium products but decided to manufacture Decalu when it was launched. General manager Andy Lomax talked to Glass Times via Zoom alongside managing director of Sign Windows Chris Dickman.

“It all came together at the right time,” Andy said. “We were buying in a popular competing product but we were not making much margin on it. It was basically to stop our customers going elsewhere and taking their PVC business with them.”

Andy explained that three systems from three leading companies were researched in detail by the fabricator, but the senior management kept returning to Decalu, in part because the experienced fabricators on the floor said it was much easier to fabricate than other systems they’ve used.

“Now we are fabricating Decalu, we can get a better margin, and it also suites with the PVCU products we already fabricate using Deceuninck profile,” he said.

“We’ll always give our customer what they want, but we’ll try to persuade them to take Decalu because there are many benefits for the installer, such as the fact that it is pre-gasketed and it has adjustable jambs.”

One installer who recently converted to installing Decalu products from another system is Zep Moore from Moorstyle who told Glass Times (via Zoom from the cab of his van) he was excited about the product because there are many benefits from an installer’s point of view. He ran through a list of attributes that have persuaded him to quote on projects using the Decalu bifold door.

“The first thing I noticed was just how impressive the outerframe is,” he said. “On the first job I installed, I had to manhandle it to get it through the site, and it didn’t move at all.

“Pre-inserted gaskets are very helpful for installers, and I really like the hidden screw heads behind the gasket.

“I can’t see me changing to another product now, and I will definitely look at installing the windows. I’m already speaking to customers about them.”

According to Nigel Headford (remotely discussing the range from Deceuninck Aluminium’s showroom) the Decalu aluminium bifolding door cuts manufacturing times by up to 40% when compared to other aluminium systems.

Also included in the range, and now available, are: the Decalu163 aluminium lift-and-slide door, which can accommodate individual sash weights of up to 400kg on a single or double track option; and the Decalu88 aluminium entrance door, which has a maximum bowing tolerance of only 2.5mm under heat stress.

Sign Windows previously fabricated aluminium doors and windows with another system, but was persuaded to try the Decalu range when it was launched. Managing director Chris Dickman told Glass Times, via Zoom from his office in Leicester, that the company is now fully committed to Deceuninck Aluminium after an excellent response from customers.

“I’ve also seen my PVCU sales increase as new aluminium customers bring their other business with them,” he said.

Chris said that he is seeing a wholesale shift to higher value products, which include colour and heritage.

“Our showroom doesn’t have a white window in it,” he said, “and just under 60% of the products on display feature a flush sash.”

Finally, Nigel Headford said that – as shown by the testimonials from fabricators and installers during the remote open day – Decalu’s appeal isn’t limited to just one section of the supply chain: installers are asking for it, and fabricators can introduce new customers to their full range on the back of it.