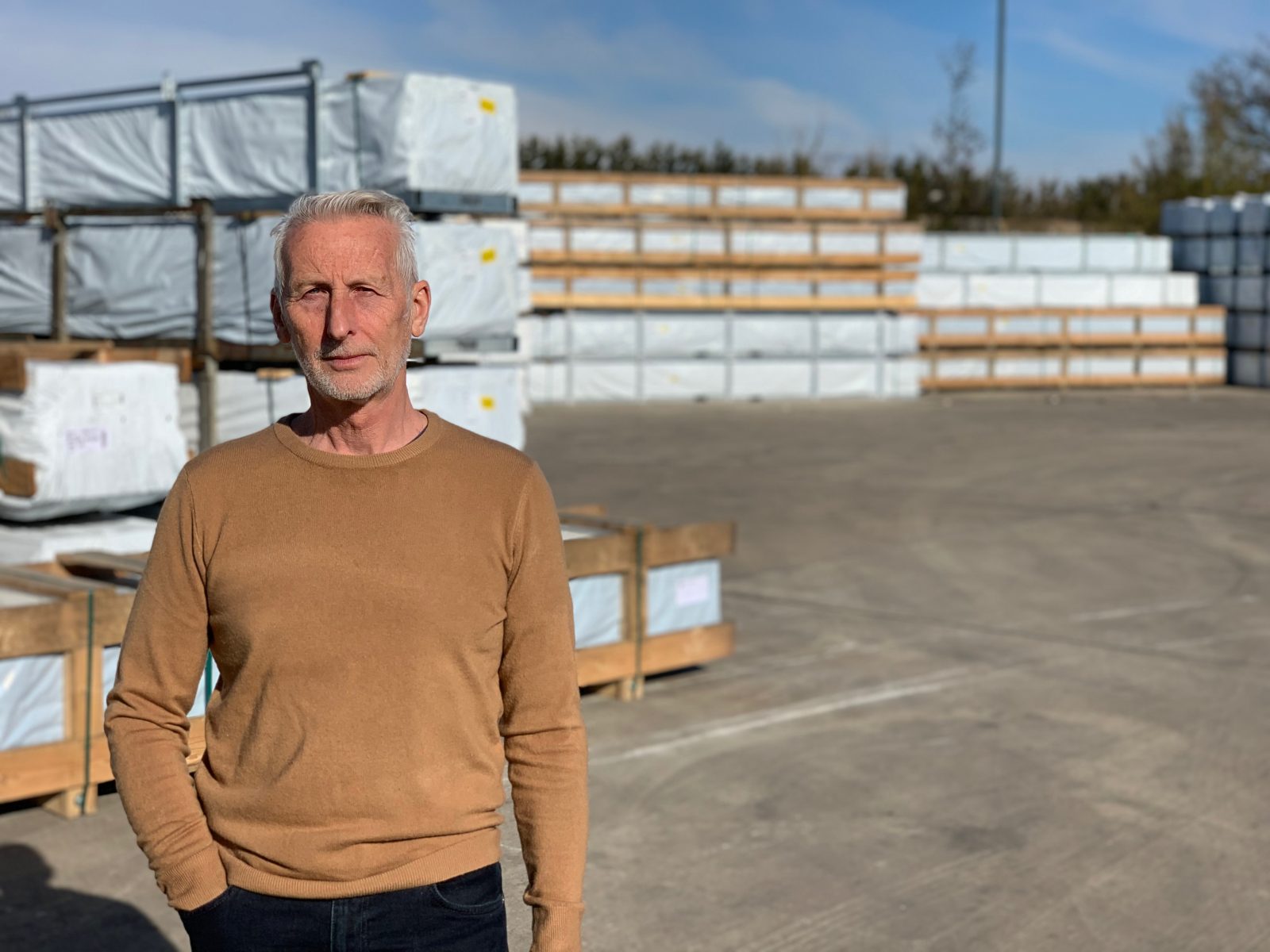 You may have thought that we left Europe on January 31. It turns out, however, that the EU continues to exert a significant influence on the UK window and door industry.

In February this year members of the European Parliament voted against a request from the European Commission to exempt recycled PVC containing lead stabilisers from restrictions under Reach (the Registration, Evaluation Authorisation and Restriction of Chemicals register).

Lead is essentially seen by regulators as ‘bad’. It is, well at the very least if it enters your blood stream. However, it was used widely in PVCU windows and doors (among many other products) as a stabiliser.

At the close of 2015 the use of lead stabilisers in PVCU was banned, with the regulatory controls under Reach slipping quietly into force. That the industry in Europe had almost entirely switched to calcium organic stabilisers years before the deadline, is testimony to the effectiveness of the VinylPlus campaign to promote industry change and its efforts to lobby the EU.

The EC had supported the arguments of industry that while it would be great if lead had never been used in PVC products, so that they could be recycled more easily, it was still better than simply burying them in landfill.

It argued there were controls that could be put in place that eliminated risks to health, and suggested that MEPs should support proposals for a derogation (or exemption) for recycled PVC containing lead from the Reach list of banned substances.

These were based around proposals to permit the use of recycled material containing lead as long as the maximum concentration of the product as a whole did not exceed 2% by weight of the total material in rigid PVC, and 1% in flexible PVC products.

But in February MEPs rejected the proposals stating that “MEPs are unhappy with two proposed derogations for recovered PVC materials, which will be in place for 15 years. One would allow concentration of lead up to 2% by weight of rigid PVC and the other 1 % by weight of flexible/soft PVC.”

MEPs recalled that lead is a toxic substance that can seriously affect health, including irreversible neurological damage, even in low doses. They believed that the levels proposed by the commission do not correspond to ‘safe levels’ and underlined there are alternatives to PVC available. They also highlighted that recycling should not justify the continued use of hazardous substances, as prevention takes priority over recycling.

This decision somewhat flies in the face of the findings of the European Chemicals Agency (ECHA), which concluded that recycling is currently the best waste management option for PVC waste product and the additives and stabilisers within it.

While also recommending maximum concentrations of 2% (rigid) and 1% (flexible), it said that further safeguards could be put in place by ensuring that “lead-containing recycled PVC should be entirely encapsulated within a layer of virgin material”.

This is, however, of little comfort. The European Parliament’s decision creates a major headache for UK recyclers of post-consumer waste because inside or outside of the EU, it sets expectations and, in the short to medium-term, standards.

They have in effect made it illegal – not to recycle older products but to re-use it in new ones – however counter-intuitive that may seem in light of the efforts that have been made to build a PVCU recycling industry.

According to the latest figures from VinylPlus, the PVC industry sustainability programme, the collective efforts of the PVC industry has contributed to an all-time high PVCU building product recycling rate of nearly 740,000 tonnes – 92.4% of the VinylPlus’s 2020 target – while cumulatively, almost five million tonnes of PVC have been recycled since 2000

However flawed, or short-sighted, we believe the European Parliament’s decision to be, there are nonetheless a number of underlying issues concerning the use of post-consumer waste in PVCU manufacture, in addition to its lead content.

If material was extruded in the 1980s it is likely to have used barium cadmium, the industry’s stabiliser of choice before the switch to lead. The point is that you cannot possibly know what you’re getting in recycled content, and you consequently can’t predict product performance.

The strategy adopted by our own industry (in line with ECHA) has been to apply a skin of virgin material to recycled content. Even this, however, can be problematic simply from a production and product quality angle.

Because the origin of post-consumer waste is unknown and variable, it can be very difficult to control the substrate, which in turn can have a significant impact on surface gloss and consistency of finish, skinned or not.

The headache that this may create for recyclers of post-consumer PVC material, or what it does to its value in the short term, is a separate issue to the principle of using recycled material in a new generation of high-performance PVCU products.

This is where Aluplast’s model of recycling delivers a significant advantage over those which simply skin recycled product with virgin material. Instead we co-extrude.

We isolate this recycled material away from structural elements of the profile and the surface, guaranteeing manufacture to exacting tolerances and surface stability.

This is delivered in part through the use artificial intelligence to monitor the co-extrusion process, tracking it to guarantee performance.

As an industry, we have some clear challenges on our hands; and how to treat legacy chemicals was always going to be a complex issue. However, as more and more first-generation PVCU products are replaced, the only responsible option available is to recycle them.

It is also worth remembering that in the last 15 years the majority of PVCU windows and doors that were installed were already using calcium organic stabilisers and can continue to be recycled. They simply have to be identified.

Aluplast has driven innovation in the application of recycled PVCU from known sources and we will continue to do so. 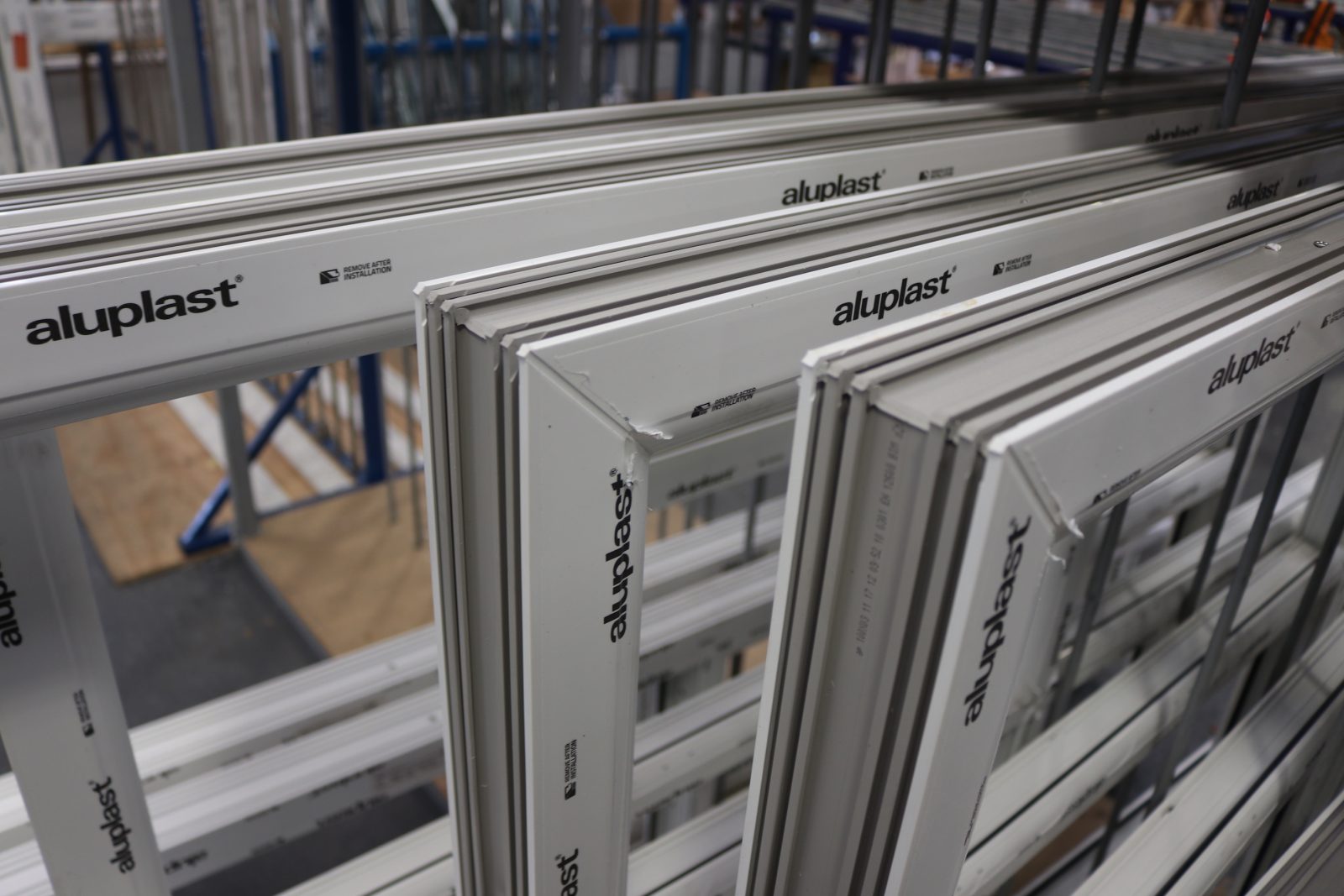 Why not subscribe to Glass Times?
Read Full Profile
Get In Touch
with
tags
Brian BerryDeceuninckFMBHousing targetsnew homes by 2020Rob McGlennonRoy FrostSales director
Previous Fensterbau 2020 under pressure to delay further Next Part L changes on the menu