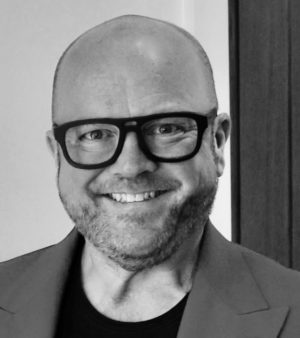 Is it really too much to expect locks to lock and keep out intruders, and door hardware not to pit, peel, discolour or corrode? Brisant CEO Nick Dutton weighs up the options.

It’s been said that a front door has two main functions: to invite people in and keep people out.

Therefore, its specification should include both the aesthetics to create a great first impression, and the security to prevent unwanted visitors.

While these are the two main selling points for homeowners, it’s generally agreed that most door hardware fails to meet these reasonable expectations. 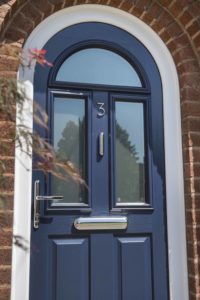 Let’s start with security. According to the latest data from the Office of National Statistics, the point of entry in almost 60% of domestic burglaries is via the front of the house. Three quarters (76%) of intruders break through the front door, and the most common way to do that is to force the lock. That should shock an industry which likes to think it takes security seriously.

The problem is that while door hardware has advanced – with flashy hook locks and shoot bolts that look the business – many doors are fitted with cheap cylinders that can be picked, bumped, or snapped in seconds by a seasoned thief. And once the cylinder is breached, the burglar is in.

Most domestic break-ins go unsolved as police forces rarely attend non-urgent burglaries in person, leaving homeowners to deal with the financial cost and emotional impact of no longer feeling safe at home.

We need to take a different tack if we are to really protect customers from the threat of burglaries. That means specifying and installing cylinders that can actually withstand a sustained attack, and not just imply it.

That aim led Brisant to the concept of extreme security and the design of Ultion. In Sold Secure Diamond testing (the most demanding security test there is) Ultion resisted all attempts to break it, and not just for a token three minutes. The tester teams of professional locksmiths, who could use any tools and apply any force, gave up after a full hour of trying. Now that’s a test.

In fact, it’s the kind of robust security homeowners expect, and door fabricators and installers should demand. No one expects or wants the performance they actually get from cheap cylinders that can be opened by thieves as quickly and quietly as using the key.

But it’s not just security where most door hardware has been letting down fabricators, installers, and homeowners.

Homeowners spend a lot of time choosing their front door; from colour and style to the door furniture, it all comes together to set the tone for their home. But sadly, standards for hardware corrosion are ridiculously low. So, while the letterbox, handle or numbers on a door might look great on day one, a year or two later (and can be a lot sooner) they could be peeled, pitted, discoloured, and corroded.

Most homes in the UK are within 50 miles of the sea, so corrosive salt water is present in the atmosphere. Urban and industrial atmospheres also cause damage.

Currently, the standard accelerated weathering test for hardware is 240 hours (10 days) in salt spray. The ‘best’ test is just 480 hours. But even 20 days’ protection is nothing when you live on a stormy windswept island the size of Britain. That’s why we left Lock Lock and Sweet door furniture in for more than a year. And pulled them out as good as new, protected by multiple special coatings and smart designs without sharp edges (which provide a weak point for the elements to attack).

After this extended salt-spray hammering, we’re so confident these products will look brilliant in years to come that we give them a 20-year guarantee.

For too long, door hardware has been heading in the wrong direction, and falling short for customers. It’s time to raise the standards of the industry, so more homeowners can have front doors they can be proud to open and confident to lock behind them.

Why not subscribe to Glass Times?
Previous New 2030 sustainability programme Next Meeting demand in an evolving market