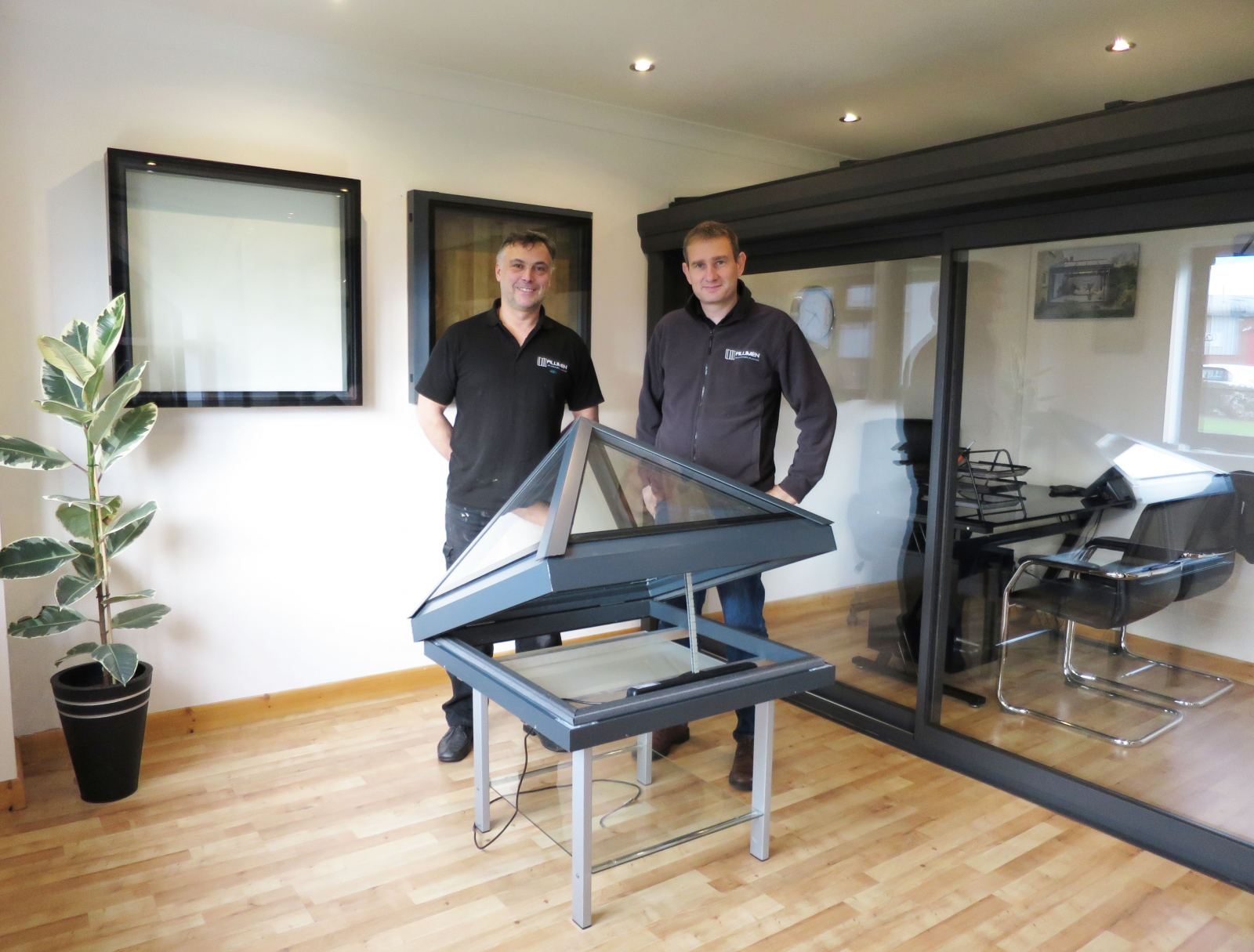 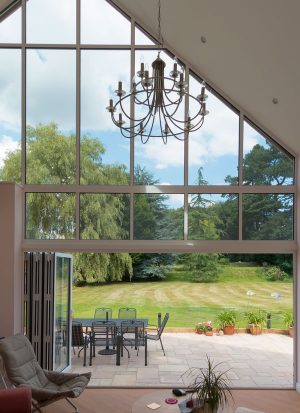 Alan Robinson, MD of Alumen, talks about the resurgence of aluminium.

The popularity of aluminium has been key to our success, but is it fair to say that aluminium was once unpopular? I’m not so sure. It has always had its place in architectural design because of the unique properties the material has to offer, particularly when it comes to creating large apertures. It’s always been the sleek, strong, high-end option for windows and doors.

Throughout the 00s, popularity grew on the back of programmes such as Grand Designs; homeowners were looking to replicate the dream and it’s clear that when it comes to bifold doors there is no better alternative – aluminium will not swell or move like timber, nor expand and contract like PVCU.

Alumen was established off the back of the bifold trend in 2011; small at first, making a few Smart bifolds per week. Within three years we had moved to our first factory unit with dedicated showroom. We introduced the Schueco range to our portfolio and started designing our own products, such as rooflights. By this time, larger scale high-end projects were the norm for us. Today we’re in even bigger premises with more staff and more products in our portfolio, including a new range from Spanish giants Cortizo.

Around the time of the recession, we saw some big changes in the industry. Times were tough and there was a lot of consolidation where smaller system houses were being bought out by the giants. With lots of systems came more choice – slimline, chamfered, sculptured and externally beaded windows were among the earliest product offerings available in PVCU. Slimline sashes were available from most PVCU system companies, but largely disappeared. Of course, more stringent security measures were also coming into play and everyone was asking for shoot bolt locking and internal beading. As a result, we ended up with bulkier ovolo style windows. Aluminium stepped in to fill the gap; its inherent strength through slim profiles means it appeals to a market where slim sightlines and maximised light are important.

Fabricators were also looking for differentiation and many jumped on the aluminium bifold bandwagon. For a while it seemed like virtually everyone was manufacturing them. While some have made a success of this, most had their fingers burned because making aluminium doors properly is a lot harder than they thought. Specialists like Alumen understand the product and understand that running an aluminium business is different to running a PVCU one. Often projects involving aluminium are bespoke. Instead of buying large quantities of white PVCU in stillages and fabricating from stock, most aluminium is powder-coated to order. It’s a more competitive market now too. Raw material costs remain similar, whereas it’s our margins that are becoming tighter. In other words, to do it well is to do it properly.

As with everything, the window and door industry doesn’t stand still for long. Almost going back to their roots, many companies are reinventing their ranges to find pockets of difference. For example, flush casements are widespread. Although many are marketed as ‘more contemporary’, most are well suited to more traditional properties as a timber alternative for conservation areas and on properties where planning restrictions apply.

When it comes to large apertures aluminium remains unrivalled. Its strength and durability set it apart and I’m not sure there is anything in the pipeline that will beat it.

Seen as the sleek, modern, high-end option for doors and windows, it is fair to say that aluminium is now a must have on every company’s product list, be it fabricator or installer. That’s where experienced fabricators like Alumen come in. We can support your trade business, advise on the best product to suit the project, and deliver the complex design that fit most homeowners’ grand design ideal; we are keen to expand our trade partnerships with proactive installation companies.