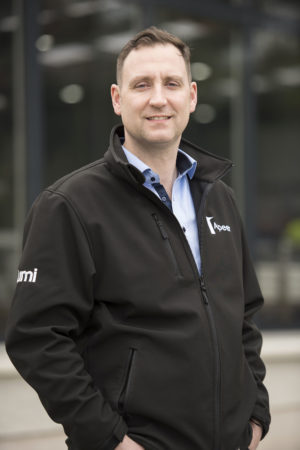 Asa McGillian, Apeer MD, says there is no problem with sending composite doors, but he’d love an English sausage.

With Boris Johnson creating headlines with his declaration that nothing could stop “the Great British sausage from making it to Belfast” following the banning of that delicacy because of the Brexit rules, many have assumed that the same applies to everything that moves in and out of Northern Ireland.

Of course, it does not, and such assumptions can be costly both for manufacturers like us, and buyers who could benefit from some very good composite doors. And products that may even be more readily available than from other parts of the UK.

Composite doors, such as those we manufacture at Apeer, cannot in any way be construed as being affected by the same rules that govern fresh meats. But coupled with the negative coverage of the issues relating to trade between Northern Ireland and the mainland UK, many potential buyers and component suppliers have tarred everything with the same brush. That is a huge mistake and one that comes with penalties for all parties.

There are new rules that were established when the UK left the EU. And yes, Apeer is subject to those rules which are restrictive, although to goods coming into Northern Ireland, rather than going out. 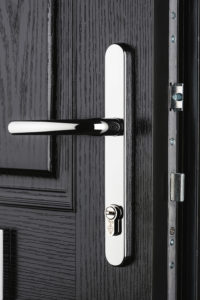 But bureaucracy is something that every British business must navigate, be it VAT, weights and measures, product testing, health and safety, and a multitude of others. The fact is, not one single Apeer order to the mainland UK has been delayed because of the new post Brexit trading regulations.

The issues that we face are no different, therefore, than those affecting the UK. We all have to deal with problems that could not have been dreamed of even a year ago, which were caused by Covid, Brexit, and a combination of the two.

At Apeer, our philosophy is to directly control as many of our company’s operating processes as possible, including the manufacture of our own door slabs. Despite this, we are not immune from the issues that have become a daily problem, and which have blighted the otherwise extraordinary UK recovery from the challenges brought about by politics and pandemic.

So interconnected is world trade these days that even if we only buy British and European branded hardware, for example, they will inevitably be manufactured using components supplied from China.

Everyone in the window and door industry is facing the same problems, which will not improve any time soon, and I believe we will become better at doing our jobs as a result. Nothing is as it was and we must adapt because there will be no short-term resolution.

In a sense, this levels up the playing field. When every supplier faces similar problems, then we must all address the key issue of communication, to ensure that the end customer understands what is going on, and to protect our market against the common competition of alternative home improvements and other high-capital purchases such as holidays.

All of which does not, of course, help me and other Ulstermen to enjoy some of the things that we are now deprived of, such as a decent Cumberland sausage or some Stinking Bishop. At the moment, these luxuries are a far more distant prospect than getting doors and windows to our retail installers in England, Scotland and Wales from this side of the Irish Sea.