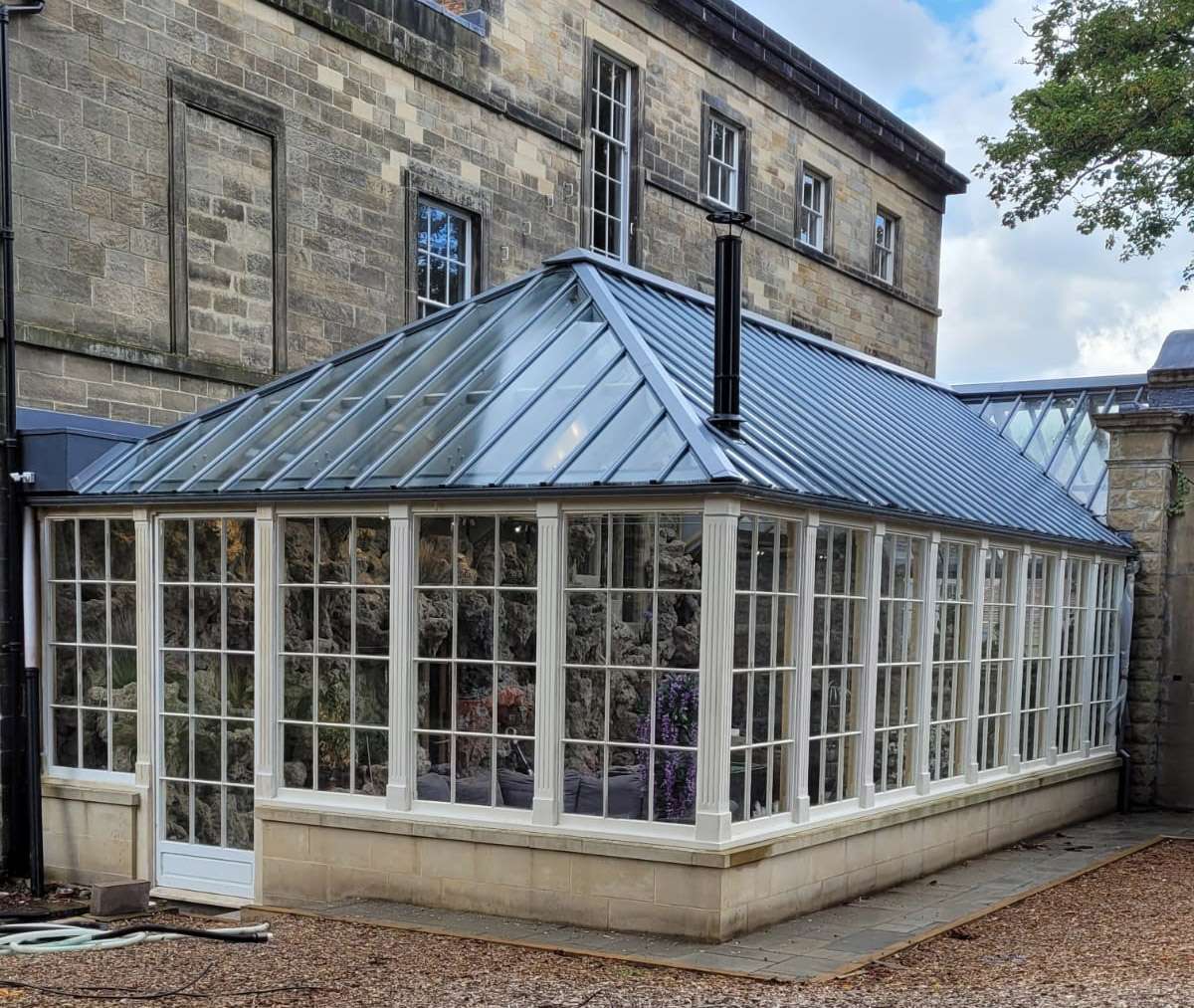 Until recently, Doxford House in the ancient suburb of Silksworth in the city of Sunderland was a derelict Georgian mansion, listed on the 2009 Heritage at Risk Register.

The property, previously known as Silksworth House, was built in 1775 by William Johnson. While some original features remain much of the building dates to the early 19th century.

During its 250 years, Doxford House has played many roles and had numerous alterations. For almost two centuries the property was home to the great and good of the northeast of England.

In 1902, ship-builder Charles Doxford took on a 99-year lease for the estate. Later, his daughter Aline bought out the lease and upon her death in the 1960s, bequeathed the house and estate to the Sunderland Corporation. The house and estate were promptly renamed in honour of the contribution made to the town by the Doxford Shipbuilding Company.

What followed was period of significant change for Doxford House.

A modern, unsympathetic wing was added in the 1960s under the stewardship of Sunderland Polytechnic, with the house used as student accommodation between 1969 and 1992. It later became a drug and alcohol treatment centre, between 1999 and 2006.

After this, the building was vacant for several years, vulnerable to anti-social behaviour and the elements, that is until a new owner acquired the property, making it weathertight and secure.

Back under private ownership the property is now being restored to a single residence, undergoing significant remodelling and refurbishment.

Patent glazing specialist Howells was selected to manufacture and install a new roof for the winter garden, a large conservatory and part of the formal entrance onto Warden Law Lane.

“I was searching the internet for an appropriate rafter glazing system, and I found Howells,” Gary Lax, Doxford House site manager, said. “I was impressed by their skill and capability, and experience with period buildings. Having spoken with Walter (Howells), we decided to go with them. He was such a nice character.”

Only two elements of Doxford House are grade two listed: a mosaic floor and areas of decorative stonework. However, to help retain the character of the property, the owner chose to use authentic materials wherever possible.

According to www.sunderland.gov.uk: “The winter garden is a unique iron and timber framed conservatory containing decorative stonework … The room appears to have been inspired by the Victorian passion for romantic, idealised notions of landscape and legend …”

The original structure of the winter garden was beyond repair and was rebuilt using C24 grade construction timber ,which is capable of withstanding high loads and wide spans. New Accoya timber windows were installed on sandstone dwarf walls.

To accommodate the weight of the glass, the reinstated C24 timber rafters were laminated to a steel subframe, determined by steel calculations. The HGR1 aluminium rafter bars then fit seamlessly atop the new timbers.

For a cohesive and complementary finish, the aluminium rafter bars were powder coated in anthracite grey (RAL 9023). The roof was completed with bespoke pressed metal in the hips and ridges.

“Howells were a pleasure to work with,” Gary said. “They were fast, reliable and efficient. We are very pleased with the quality and overall aesthetic of the conservatory roof. It has helped re-establish some of the long-lost grandeur of the winter garden – linking the Renaissance style sandstone feature entrance on Warden Law Lane with the House.” 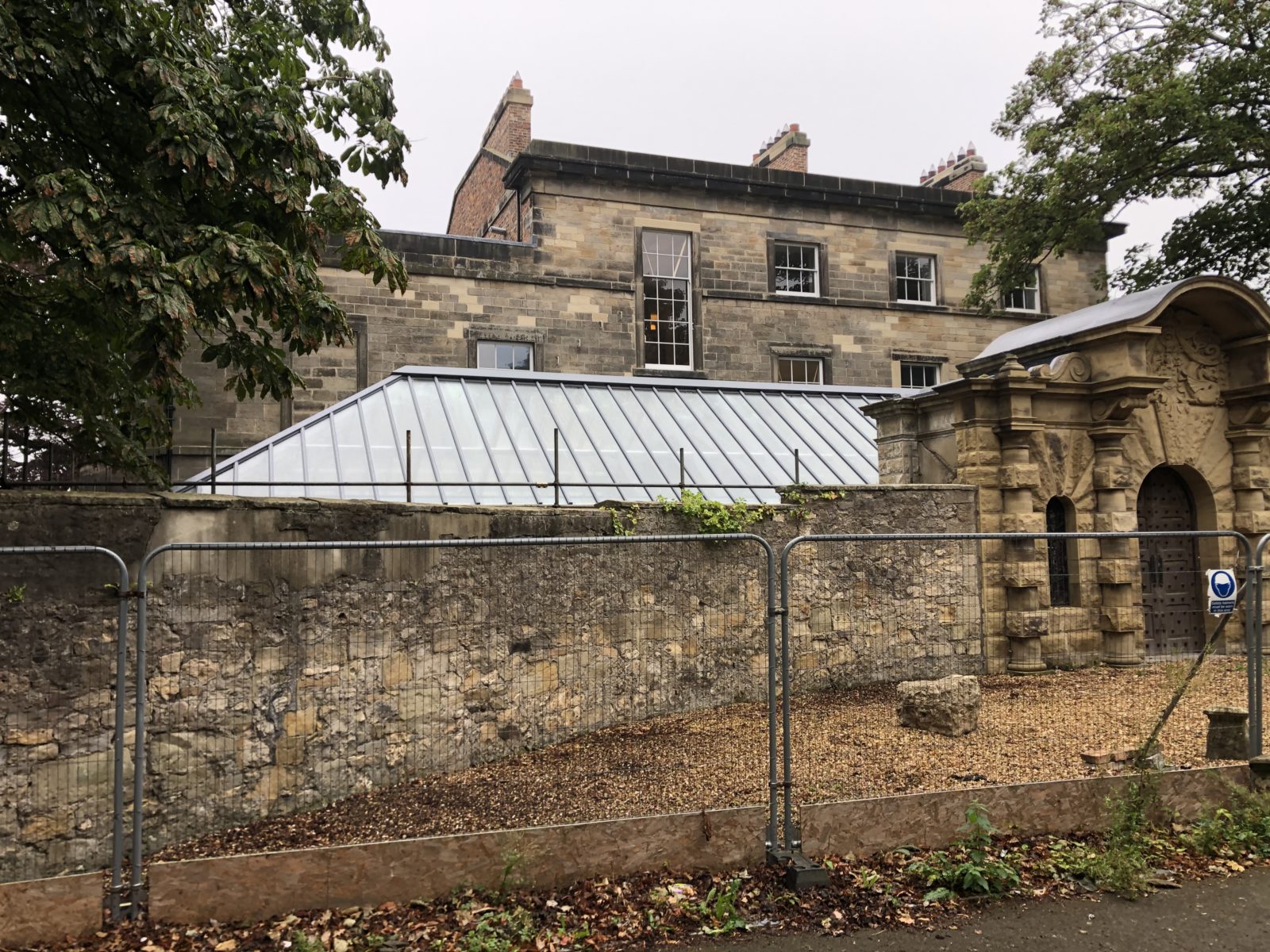 Why not subscribe to Glass Times?
Previous Stable door lock Next Why we value engineers