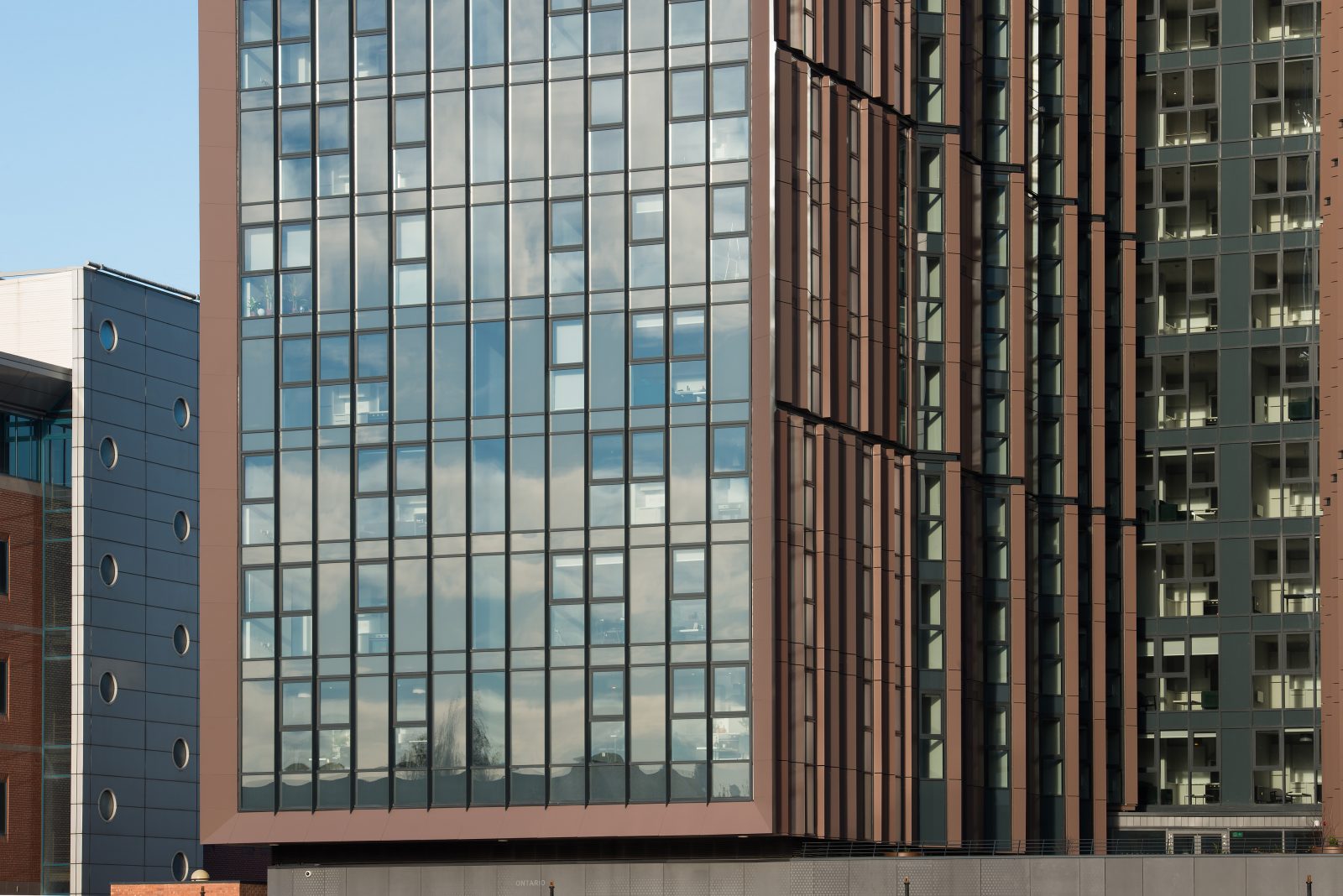 Architectural glazing systems by Kawneer were specified for their “robustness and quality” for two linked 16-storey apartment blocks on the last plot to be developed at Erie Basin in Salford Quays.

While the AA100 system uses 50mm sightlines, the AA110 system uses 65mm, but both in this case were zone-drained. They are complemented by AA541 open-out casement window inserts and AA720 entrance doors.

The Kawneer systems were installed over eight months by a team of up to 35, from approved specialist sub-contractor FK Group for main contractor Graham and client Glenbrook.

At the 220,000ft2 Erie Basin development, which features one, two and three-bedroomed apartments, the Kawneer aluminium systems were specified by Sheppard Robson Architects.

“We specify Kawneer systems because they are robust, quality products,” A spokesperson said. “The curtain wall was integral to the visual impact of the picture-frame gable ends to the north and south elevations. The strip curtain wall glazing to east and west elevations alternates in plan at every third floor, to tie in to the rhythm of the dynamic folded aluminium rainscreen facade. The Kawneer materials interfaced well with the other materials used on the project from a performance perspective (air tightness etc) and the client is very pleased.”

Glenbrook projects director, Stuart McCrone, said: “We have brought an exceptional product to an already high-quality destination that is improving day by day. The performance of the project team has been exemplary and now complete, Erie Basin raises the bar for build-to-rent accommodation in Salford Quays.” 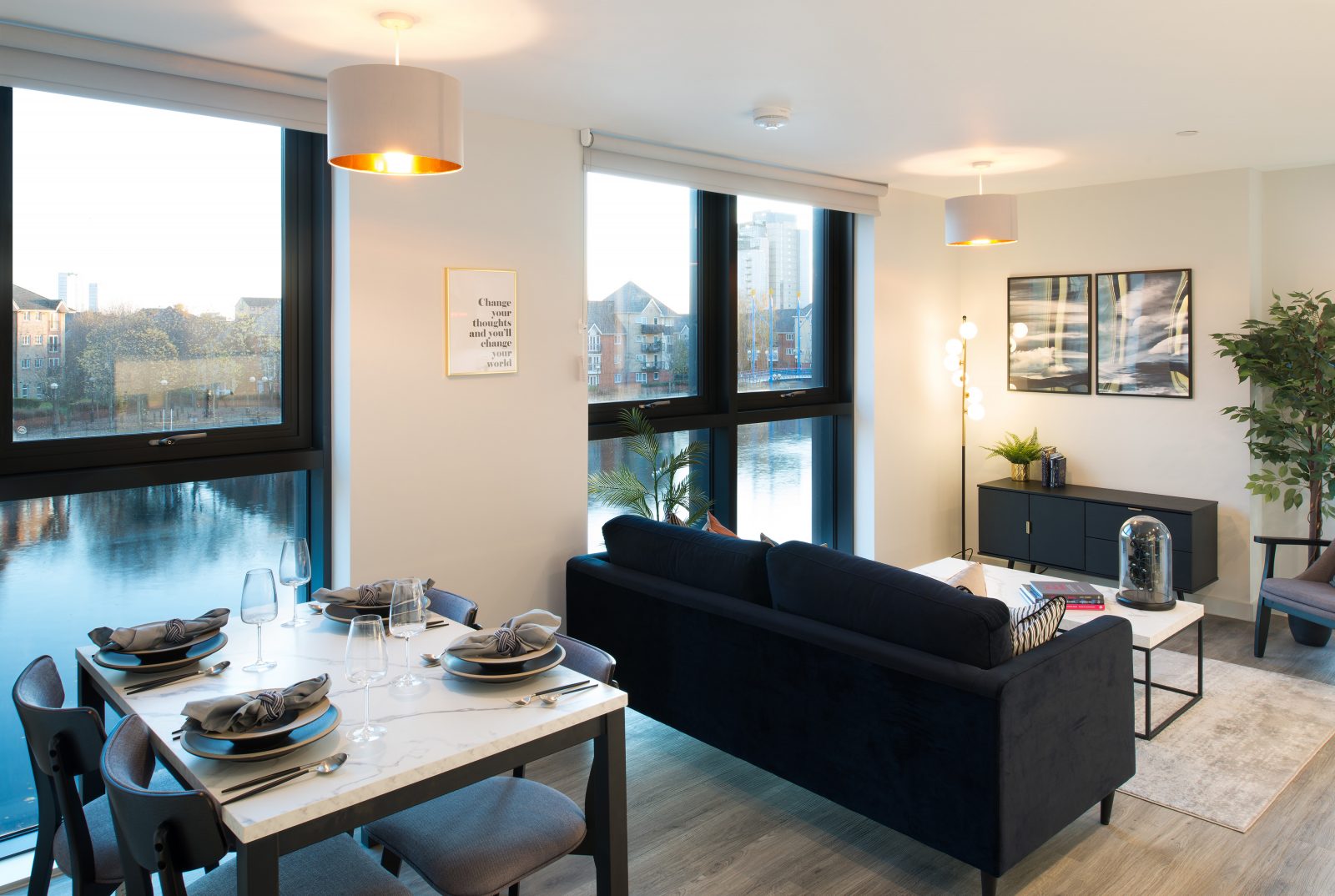