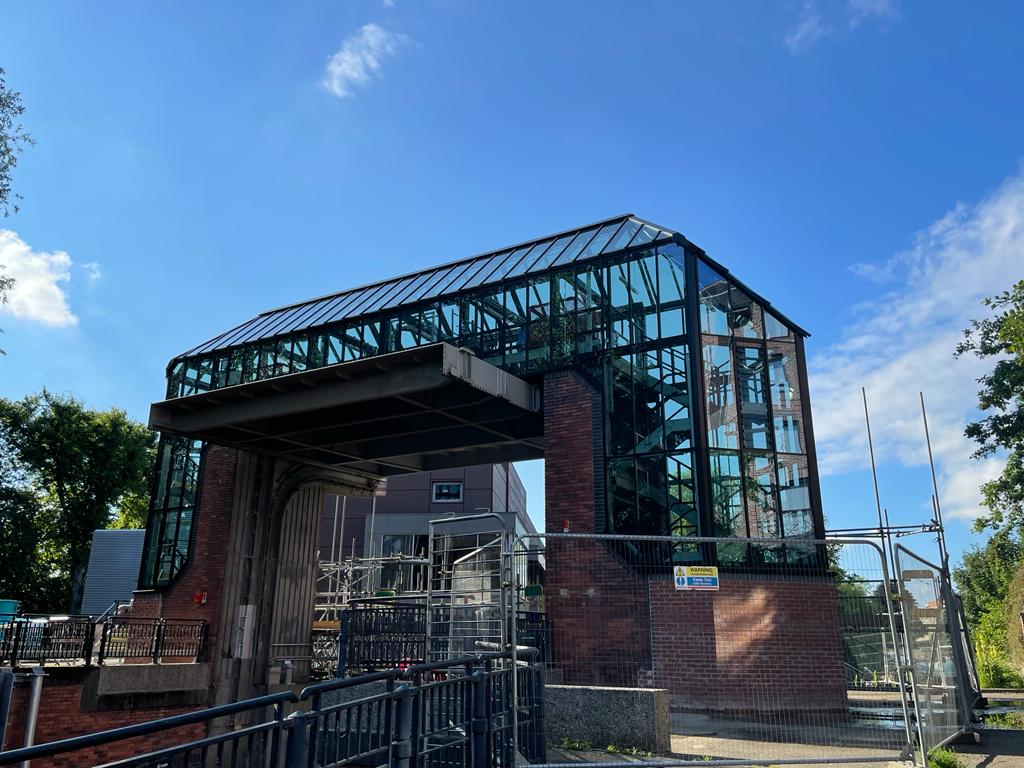 Howells patent glazing was recently used as part of a £38 million upgrade to the Foss Barrier in York.

In December 2015 severe floods hit the City of York, and water entered the main control building of the Foss Barrier putting it out of action.

Within three months work had begun on a £multi-million improvement scheme, upgrading the Foss Barrier to achieve better flood protection for homes and businesses.

The barrier was opened in 1988 and the upgrade was to replace the gate and its mechanical parts along with access and architectural features. Planning permission was granted on replacing like for like against the original structure.

The Foss Barrier gate is raised and lowered on steel wire ropes which are wound onto drums at either end of the glazed bridge connecting the two side towers. The size of the towers and the bridge were increased to accommodate new lifting equipment and to replace the access ladders with a staircase.

Howells also designed and manufactured four adjustable louvres within the vertical glazing, which were a direct replacement to what was there previously.

The patent glazing was fitted to a new steel framework within the structure.