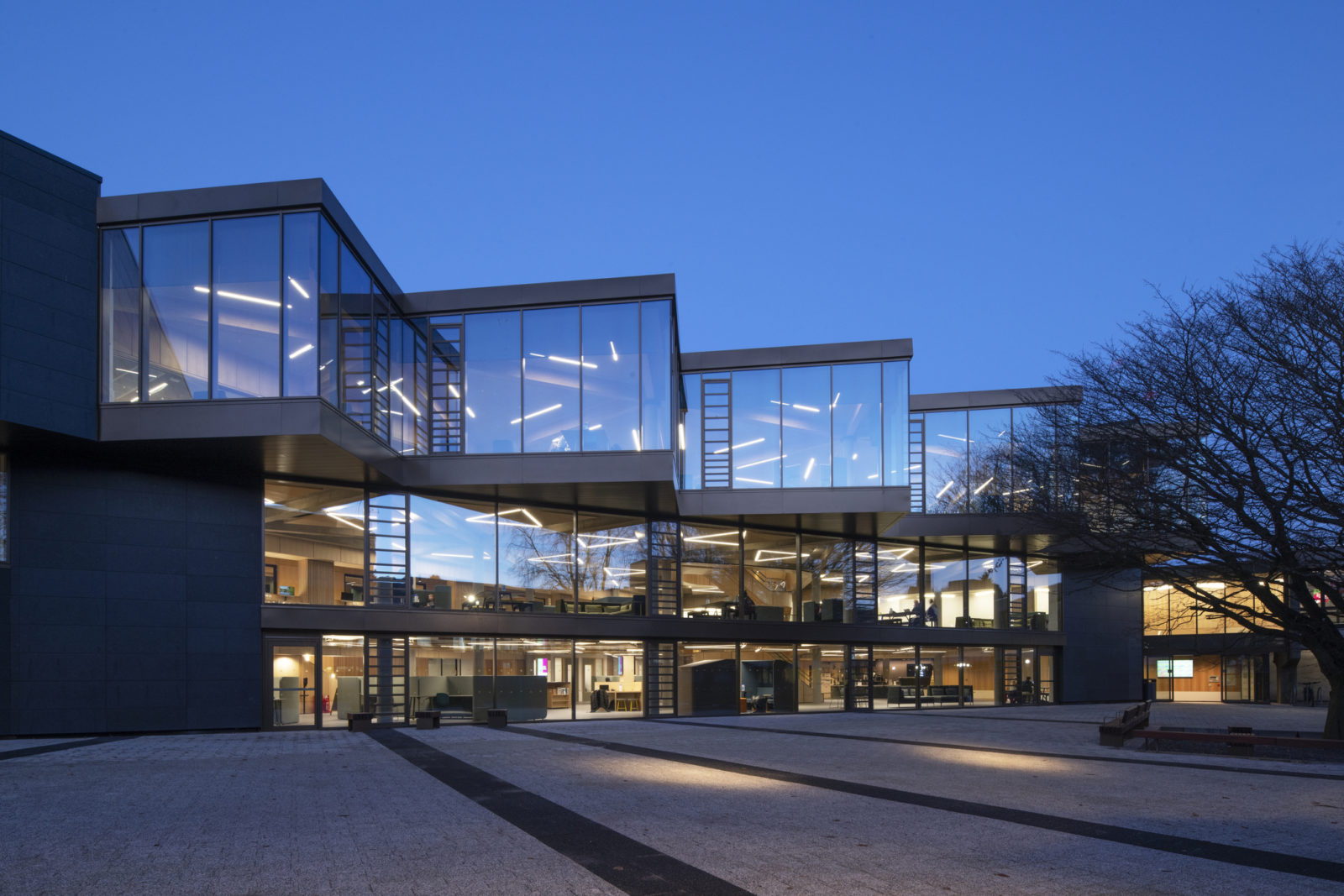 Senior Architectural Systems has delivered its third contract for the University of Stirling, following the completion of the University’s new Campus Central development.

Designed by Page and Park architects, the new scheme marks the University of Stirling’s largest ever investment in its infrastructure and sees the creation of a multi-functional community hub which brings together student services, study areas, cafés and social spaces.

The building features a variety of aluminium fenestration systems from Senior, including its slimline SF52 aluminium curtain wall system and patented low U-value Pure aluminium windows, which have been fabricated and installed by supply chain partner Marshall Brown for main contractor Robertson Construction.

The Pure aluminium window system has the potential to achieve U-values as low as 0.73W/m2K when calculated as a commercial CEN Standard window.

Senior’s robust SPW501 aluminium commercial doors, certified to both PAS24 and Secured by Design standards, were also installed at all entrances to cope with the expected heavy footfall.

Senior’s fenestration systems have been previously used on both the University of Stirling’s new state of the art sports centre, which opened in 2020, and the INTO Centre, an international student facility which was constructed in 2017. 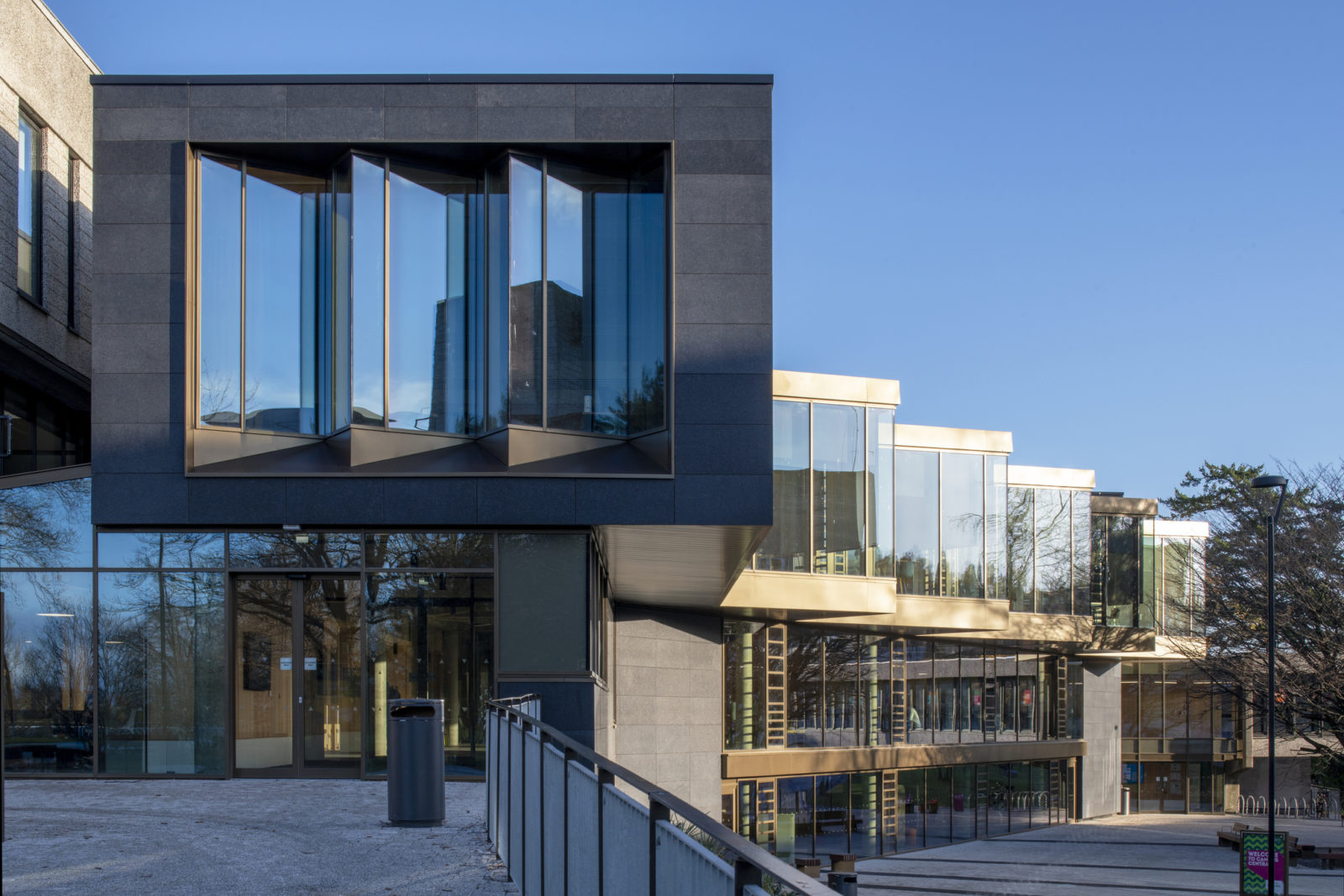 Why not subscribe to Glass Times?
Previous Giving fabricators a way to vent Next Sixth formers learn about glazing industry