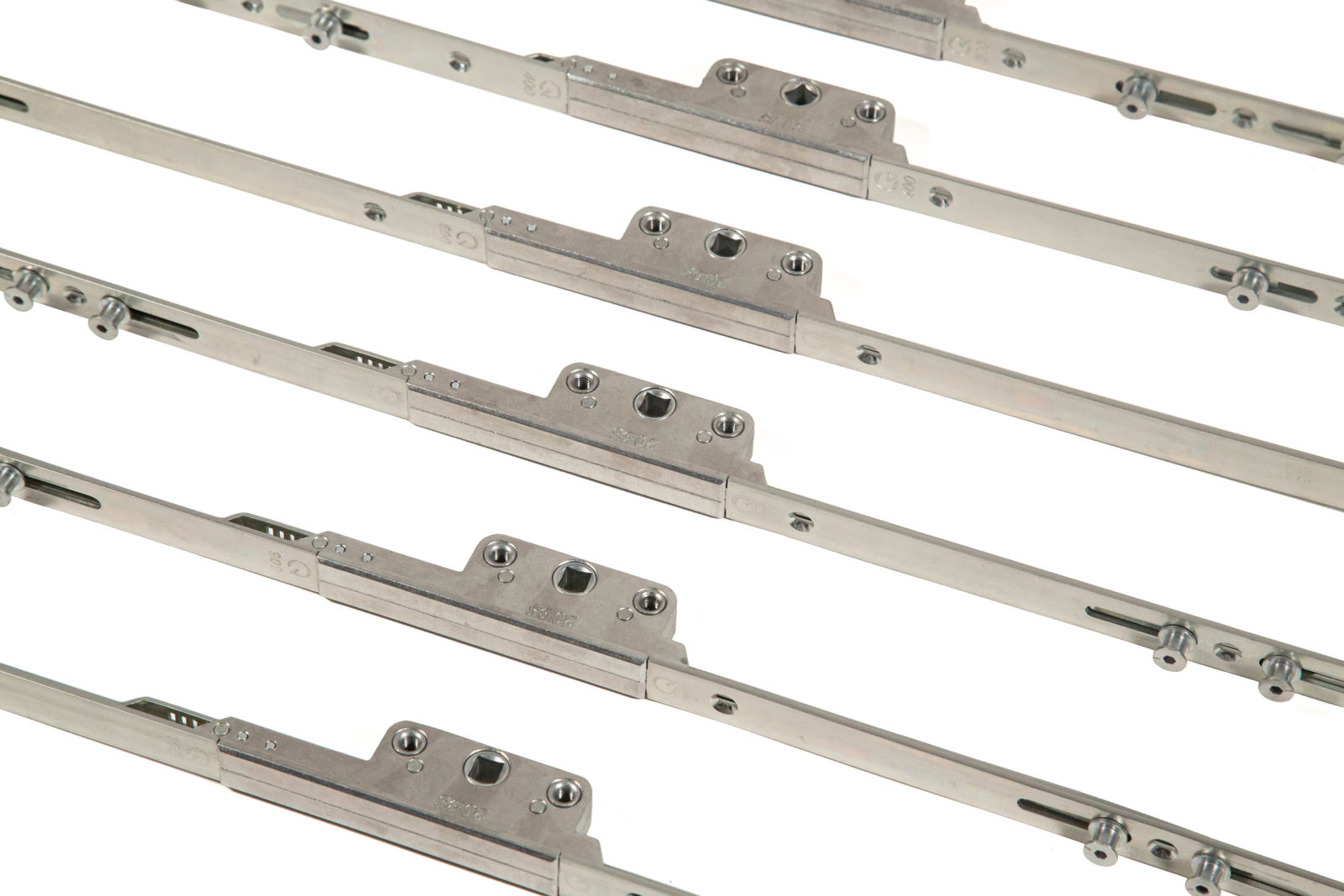 Securitas features pairs of mushroom headed cams that lock into both sides of a night vent striker plate. VBH said these double cam locking points are extremely strong as they spread the load if the window is attacked rather than allowing all the force to be concentrated on one point.

Each Securitas lock has a minimum of four mushroom cams (two pairs) with the larger sizes boasting four pairs.

Securitas is as quick to fit as a standard espagnolette as all fixings are applied in the same direction, and there are no extensions to fit.

The new window lock comes with 20mm and 22mm backsets to ensure compatibility with most current window systems and with a choice of two mushroom cam heights.

VBH marketing manager Gary Gleeson said: “Adding Securitas to our range allows fabricators to fit a greenteQ PAS24 rated window lock whether their preference is for a shootbolt or espagnolette-type product.

“Fabricators have told the greenteQ design team here what they want from a window lock all through the development phase so we know that Securitas meets their needs. It will hit the ground running and quickly become one of our core products.”