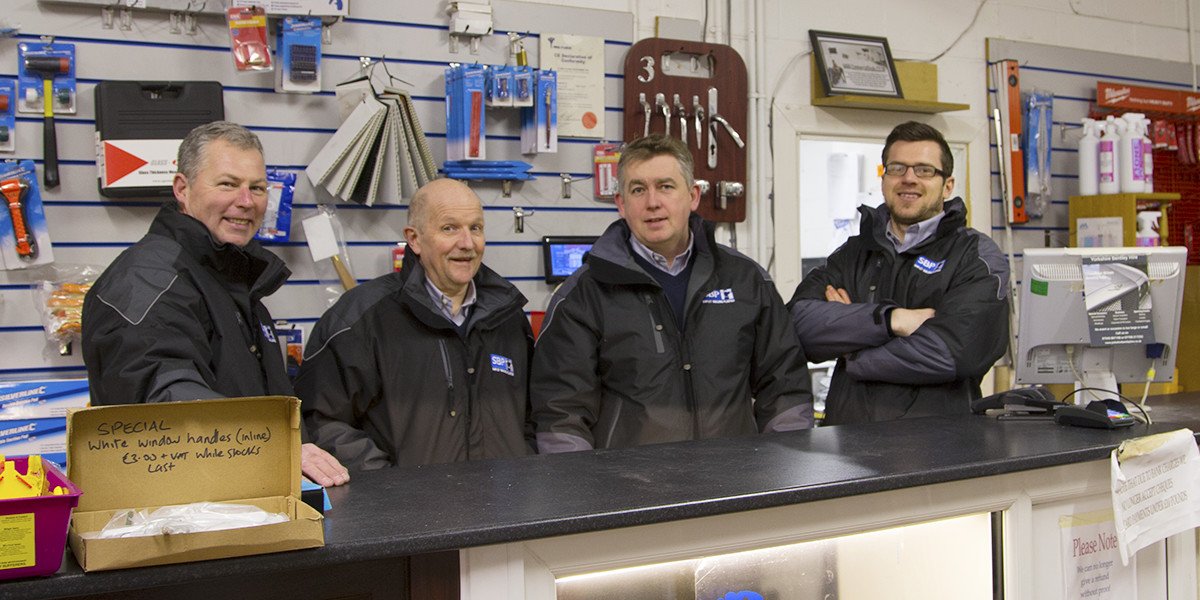 Rocal, the group behind the Endurance solid composite door, will celebrate 25 years in the fenestration industry this year.

The Rocal Group was established in 1993, with the name Rocal originating from the names of the two original owners: Graham Rowbottam and Kevin Caley. In its infancy, the company manufactured PVCU panel doors from a small business unit in Brigg. They were then asked by a Hull-based window and door fabricator to design and produce plastic internal doors for the Humber based home and leisure industry.

PVCU internal doors did not need painting and were suited to the car manufacturing style production lines, characteristic of the static caravan industry. At its peak, Rocal produced more than 1,500 internal doors per week to meet the supply demands of companies such as Willerby, Cosalt and ABI caravans.

The Rocal Group relocated to its current manufacturing site in 2002, and the first Endurance solid core composite door was produced in 2003. At a time when composite doors had started to enter into the retail replacement market, the Endurance composite door range offered 12 styles with a choice of eight doors and four frame colours. During the recession of 2009, the group established its plastic extrusions business (Rocal Extrusions) by acquiring the assets of a recently liquidated extrusions company.

Rocal Extrusions’ strategy was to develop sales across the home and leisure industry, specialising in short run bespoke extrusions and foil and vinyl wrapped profiles.

Rocal also developed the Moisture Barrier System, which is bonded internally to the bottom of all Endurance door leaves. This originated as Rocfoam, which was a direct replacement for timber stud in the caravan leisure industry.

Rocal then added the Rocfoam product into its composite door in 2012 (known as the Moisture Barrier System), and helped to eradicate swelling problems, as well as reducing the number of service calls and complaints across the industry.

The solid LVL laminated internal core ensures the door has structural strength, stability and is guaranteed not to warp or bow. Endurance realised that no matter how short or narrow the design, made-to-measure replacement doors require a core that keeps its inherent strength and stability throughout. This prevented them from switching to a cheaper alternative.

Endurance Doors switched to 3D Laminates in 2013, which supplies CoolSkins. These offer optimum impact performance during extremes of temperature and notably improve door performance, the company said. Also, as CoolSkins are foil laminated, they can match the foiled frames in which they are installed.

Over the past 25 years, the Rocal Group has matured to a current group turnover of £14 million, and is situated in a purpose built six-acre site still close to its roots in Brigg North Lincolnshire.

Operating for 11 years, Shipley Building Plastics operate throughout Yorkshire. Managing director Gary Poucher offers his thoughts on his experience as an Endurance customer.

We’ve been an Endurance customer for about eight years. We were attracted by the solid core timber composite door, which feels like a wooden door; it sounds like a wooden door when you knock it, but it has all of the benefits of a PVCU door in regards to security and maintenance.

It’s an attractive timber alternative, and the solid core means it’s much better than the foam filled design.

We deal with a lot of different customers with different tastes, and the Endurance range allows us to give everyone something that suits them.

The people at Endurance are very friendly; they do what they say they are going to do when they say they are going to do it. One time, the transport manager loaded a door up and brought to us himself. It’s all very personable, and the service is second to none. The product quality is consistently very good, and if there are any problems, it is always sorted out very quickly.

We get enquiries from Endurance’s website when customers use the door designer, and we’re shown as a local installer. We then call the customer direct, so it’s really easy. Normally we get about four enquiries a week, and we usually convert 50% of them.

Because of the weight of the door, it feels like your shutting a proper door and people like it. This translates to the standard of security, as people feel safer having this in their home.