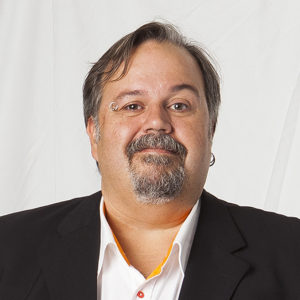 Roseview will be showcasing its smart technology collaboration with Rehau on its stand at the FIT Show in September. Director Mike Bygrave reveals all.

There are few elements of our industry more traditional than sash windows. They’ve been a quintessential part of British architecture for more than 300 years, and they’re what Roseview is known for.

But while style remains the same, the innovation and technology that goes into sash windows is very different today than it was 20 years ago (let alone 300). It’s something we pride ourselves on at Roseview: constantly developing ways to improve, innovate and push things forward. It’s also something we value in our partners, which is why we’re collaborating with Rehau on its new Smart Guard technology range.

Smart home technology is a £multi-billion global industry. From home hubs like Alexa through to app-controlled heating and internet-connected fridges, millions of us are already plugged in. Home security is a big part of this, with alarm systems, internet-connected cameras and doorbells already well-established. But, so far, smart technology for windows hasn’t taken off in quite the same way.

Against that backdrop, crime – including burglary — is steadily rising, especially since lockdown restrictions were eased. According to the Office for National Statistics more than 60% of residential burglaries happen in homes without any security measures other than standard door and window locks. 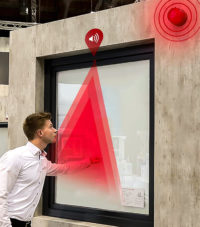 If you stop and think about that, it’s a strange situation to be in. Windows are, by their very nature, a vulnerable part of a home. No amount of enhanced security measures will eradicate that; we can reduce vulnerability, but we can’t remove it. So why hasn’t technology solved this problem yet?

It’s partly because smart tech for windows hasn’t been backed strongly enough yet. There are several products out there offering different solutions and approaches, but so far nothing has truly broken through to the mainstream. But it’s also because most current offerings aren’t comprehensive.

In a post-pandemic market where homeowners are upgrading their homes and windows, security and smart tech are at the forefront of their minds. This is where Rehau’s new Smart Guard system come in.

Developed in Germany, Smart Guard is a triple-pronged attack on potential burglars, combining motion, shock and lock sensors into a single, concealed solution built into a window. Each sensor communicates with a smart hub, which in turn communicates with sirens, alarms, an app on your phone, and other smart tech devices, allowing you to automatically close blinds, turn lights on, or even play the sound of a dog barking.

Moreover, it offers two layers of security: preventative and reactive. The system looks for motion in front of a window and sets off a pre-alarm, warning a potential intruder that they have already been detected. The homeowner receives a notification through the app, which can also be used to check if windows are open or closed.

The system then detects more aggressive attempts at a break-in, by sensing shock vibration and window opening. In either case it triggers alarms, sirens and app notifications, warning both the burglar and the homeowner.

Rehau approached Roseview early in the project to ask for our input. At that stage we’d already looked at alternative options, but they didn’t fully cater for sash windows. Smart Guard was different: it was designed with both sash windows and casements in mind. On top of that, something we were already developing with Rehau also worked perfectly with Smart Guard, allowing it to sense external motion, window vibration and – crucially – whether a window was open, no matter whether it’s hinged or sliding.

There’s no doubt that smart technology for windows is coming. The question is in what form. We firmly believe that Smart Guard is the most comprehensive solution we’ve seen, both in terms of the functions it offers and the windows it covers.

We’ll be demonstrating Smart Guard on our stand at the FIT Show in September – come and see it for yourself.