Round table squares up 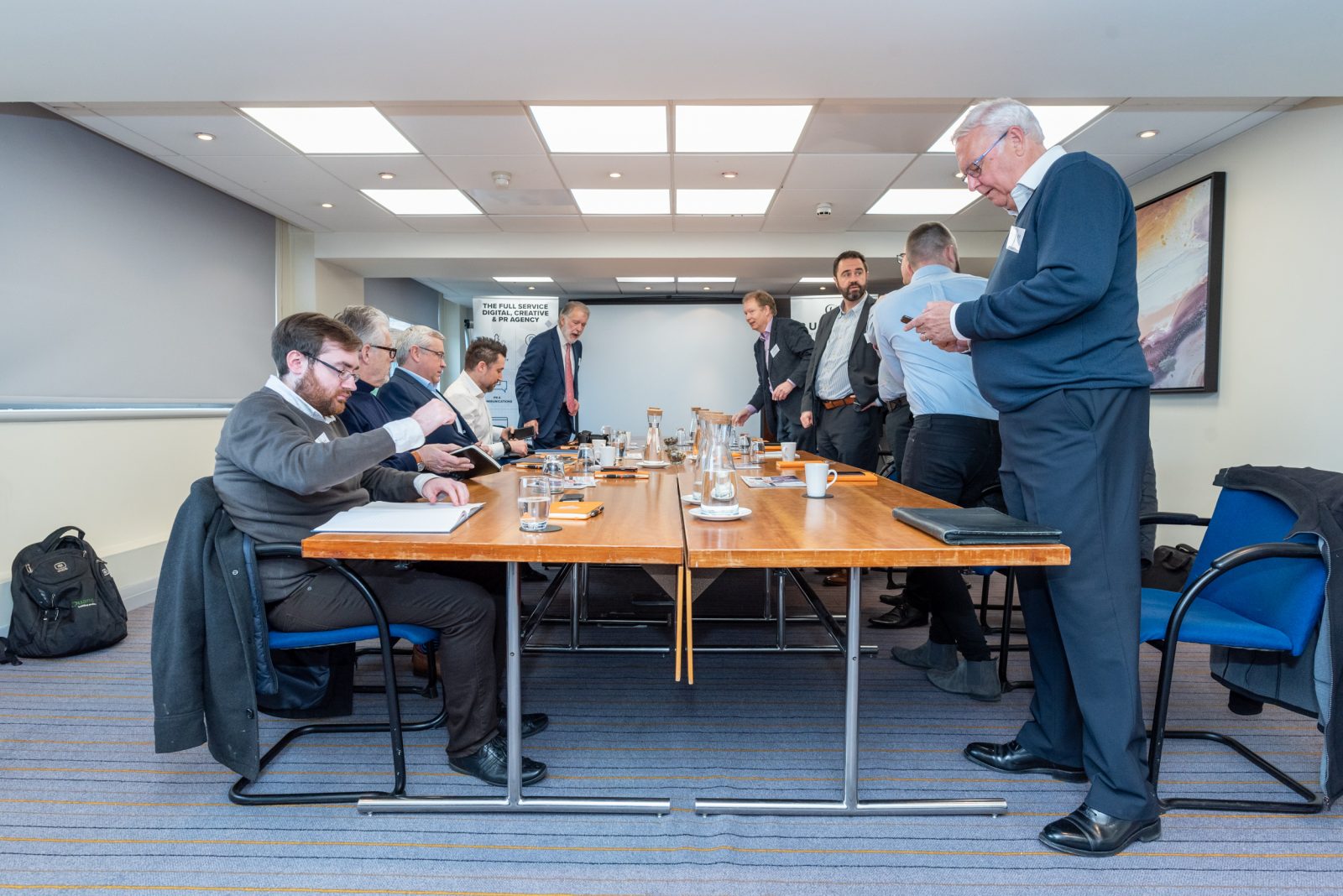 Are insulated glass units the forgotten element of fenestration? Glass Times editor Nathan Bushell listens to a debate between unit manufacturers and their suppliers.

The glass and glazing industry is no stranger to debate, and there have been many events that have raised key issues and have helped shape opinion. Just think of the On the Couch sessions, Edgetech’s Triple Glazing Question, and the recent Glazing Summits.

Out of such events, we have gained a greater understanding of the window’s role in energy efficiency, the impact of the global shift towards sustainability on fenestration, and how the skills crisis needs to be tackled.

Glass Times has also been present at a number of roundtable events over the years, and these have the same objective as the bigger events but the settingsare more intimate and delegates are able to share in a discussion rather than asking a question or responding to a comment.

Following two successful outings of the Glazing Summit, Purplex has moved from the conference hall to the conference table to host the first of the Purplex Debates, which “aim to tackle some of the key issues affecting the industry by bringing together experts to discuss and share ideas in an open and transparent way”.

The first Purplex Debate, held in January (and originally referred to as the Glazing Debate in some of the initial online discussions), focused on adding value for insulating glass unit manufacturers.

The focus of the day was very much about creating value, and answering the question, “why are we selling high quality products at a low price?”.

Alex Walker argued if glass manufacturers got more for the products they were selling, then everyone benefits further down the supply chain.

“It’s not about making money for personal reasons, it’s about making money so that we can reinvest it,” he said.“Over the year years we have invested massive amounts of money on lines, furnace, cutting equipment – that has to come from somewhere.”

As a family business without a large parent company, Alex said Energy Saving Glass didn’t have deep enough pockets to constantly reinvest if margins were constantly being eroded.

Chris Alderson pointed out that the glass industry is no longer a cottage industry. In fact, while volumes had roughly stayed the same, the number of unit manufacturers had dropped by three quarters.

However, he said that while the whole of the construction industry suffers from the race-to-the-bottom mentality, the glass sector is a “forgotten industry”.

“I don’t think we have a voice, collectively,” Chris said. “How do we create a voice in the industry … for you guys to say ‘the investment I’ve made is a necessity’?”

Nick Flack asked if this was what the GGF should be doing, and the understanding around the table was that there was not a sealed unit group within the GGF.

“The GGF doesn’t have enough IGU manufacturers for us to have a voice,” Chris said.

At this point, Ian Sims raised the possibility of a new group being formed to represent the interests of unit manufacturers.

“There’s nothing to stop us, presumably, other than the will to do it,” he said.

The fundamental problem, according to the men around the table, was that there is a big disconnect between the IGU manufacturer and the end user, with the latter not understanding the value of the glass, which is passed back to the manufacturer via the installer and the fabricator as a reason not to pay more for the units.

“A lot of our customers do not have a clue about glass,” Daniel Harrendance said. “They could be buying a screw; it doesn’t matter how it works, it is just something they are putting into their frame.”

He said they didn’t understand that you could get solar control glass, or acoustic glass, for example.

“You talk to the sales guys, and they don’t realise there are other products, that there is another option,” he said. “It’s getting them more educated that could help us.”

Chris then argued that even when people do get the chance to put value in the product, they end up selling it cheaply. Daniel said specialist products are becoming commodity items.

“Five years ago you couldn’t buy a toughened laminated pane of glass in the UK,” he said, “and now everyone can do it.”

However, the new specialist products entering the market conflict with one of the few messages that are getting through to the homeowner: Window Energy Ratings. If you make an acoustic unit you affect its g-value, which in turn affects the WER, even though the U-value and, ultimately, the homeowner’s comfort isn’t affected.

This led on to a discussion about the upcoming changes to the Building Regulations, following the recent consultation period. The worry was that the role of the glass unit – and the properties that could be designed into it – hadn’t been fully communicated to the Ministry of Housing, Communities and Local Government by the glass and glazing industry, and that triple glazing will become mandatory in new dwellings despite its unpopularity among many manufacturers.

“All this is about making the end user aware of exactly what they are getting,” Nick said. “I think the GGF are letting us down, I’ll be honest with you.”

He continued: “It’s down to us to get our heads together to get this customer awareness across; the biggest problem for us is their naivety.”

Effective marketing was key, it was felt. Saint-Gobain’s massive Planitherm campaign, which took place about ten years ago, was very successful in raising awareness, making Planitherm a household name in the process.

At this point Glass Times addressed the elephant in the room and asked: “If a professional body for IGU manufacturers was set up tomorrow, would people around this table join it?”

There were assenting nods and murmurs of agreement.

However, there was a general feeling that the GGF is better placed to represent the needs of the industry because of its size and recourse to technical knowledge, and, recognising that there is an opportunity to upsell thanks to consumer recognition, Nick said: “I can’t say [being a GGF member] has been good for us, I can’t say it has been bad either.”

On the other hand, Ian Sims said that he had never been asked to be a member of the federation.

It was also felt that an IGU manufacturers’ trade association could focus on matters that a larger federation with a diverse range of members couldn’t. For example, it was suggested that a range of quality marks could be designed and promoted, giving end users greater clarity regarding the properties of the units they were buying.

The issues surrounding so-called heritage units – those with low sight lines, and designed to not look out of place in properties of historical value – have not been properly dealt with, according to some in the room.

“I can’t see them going away,” Charles Hodgson said. “If there was a way of making them and installing them in such a way that people were happy with, then that is better than saying ‘these are crap, don’t use them’.”

Following the debate, Glass Times contacted the GGF to get its response to some of the opinions shared around the table.

In an email, Glass Times editor Nathan Bushell said: “The overwhelming conclusion to the discussions was that IGU manufacturers felt under-represented, and their voices were not adequately heard by their suppliers, their customers, the end users, or government. Such was the feeling that they thought a new trade association should be set up just to represent them – even among those who were already GGF members. The reason for this was it transpired that the GGF doesn’t have a committee set up to represent IGU manufacturers.

“Is this the case? If so, how does the GGF manage the IGU sector of the glass industry if the manufacturers don’t have a voice?

The GGF hadn’t responded by the time Glass Times went to press.

However, following coverage of the debate online, Jon Vanstone, BRAC member, chair of Trade Association Forum, and chair of Certass Trade Association, said: “As the target for government is net zero emissions, my personal view is that replacing all double glazing with triple glazing isn’t necessarily the right approach for the benefit gained. As Edgetech’s Triple Glazing Question (TGQ) event in 2014 clearly found, triple glazing isn’t fit-for-purpose across UK housing stock and I feel that there are many other ways we can raise building fabric standards, without demanding triple glazing in all new-build housing. We must also be aware that with 29 million homes in the UK, many of which are older than myself, the construction is such that triple glazing will have a limited overall impact to net zero targets.

“As I have been saying for some time now, we need to bring the industry together in these discussions so that we can make the improvements our sector needs. Drawing from your conclusion, I can only assume that the organisation that should be doing this, and representing IGU manufacturers at government level, isn’t doing so.

“Although Certass Trade Association was initially launched as an installer-focused organisation, our goal is to bring the entire supply chain into the mix under our new affiliate scheme.

“I’d be really interested in talking to anyone who was part of your round table discussion. As chair of the Trade Association Forum (TAF), I’d be happy to share some knowledge and experience of setting up associations. Of course, the other option is to create an IGU Group as part of Certass TA, chaired by someone who has a good overview and understanding of the entire process, from IGU manufacture to installation. And having a BRAC member as part of that group would surely be beneficial to all.”

Despite some serious concerns that were shared among the glass unit manufacturers and their suppliers, the general feeling was that 2020 was looking positive for the industry. And furthermore, there was pride in the quality of products produced, and the service they provided customers.

Following such a robust meeting, the focus now will be on the industry to see if unit manufacturers are given a clearer voice. 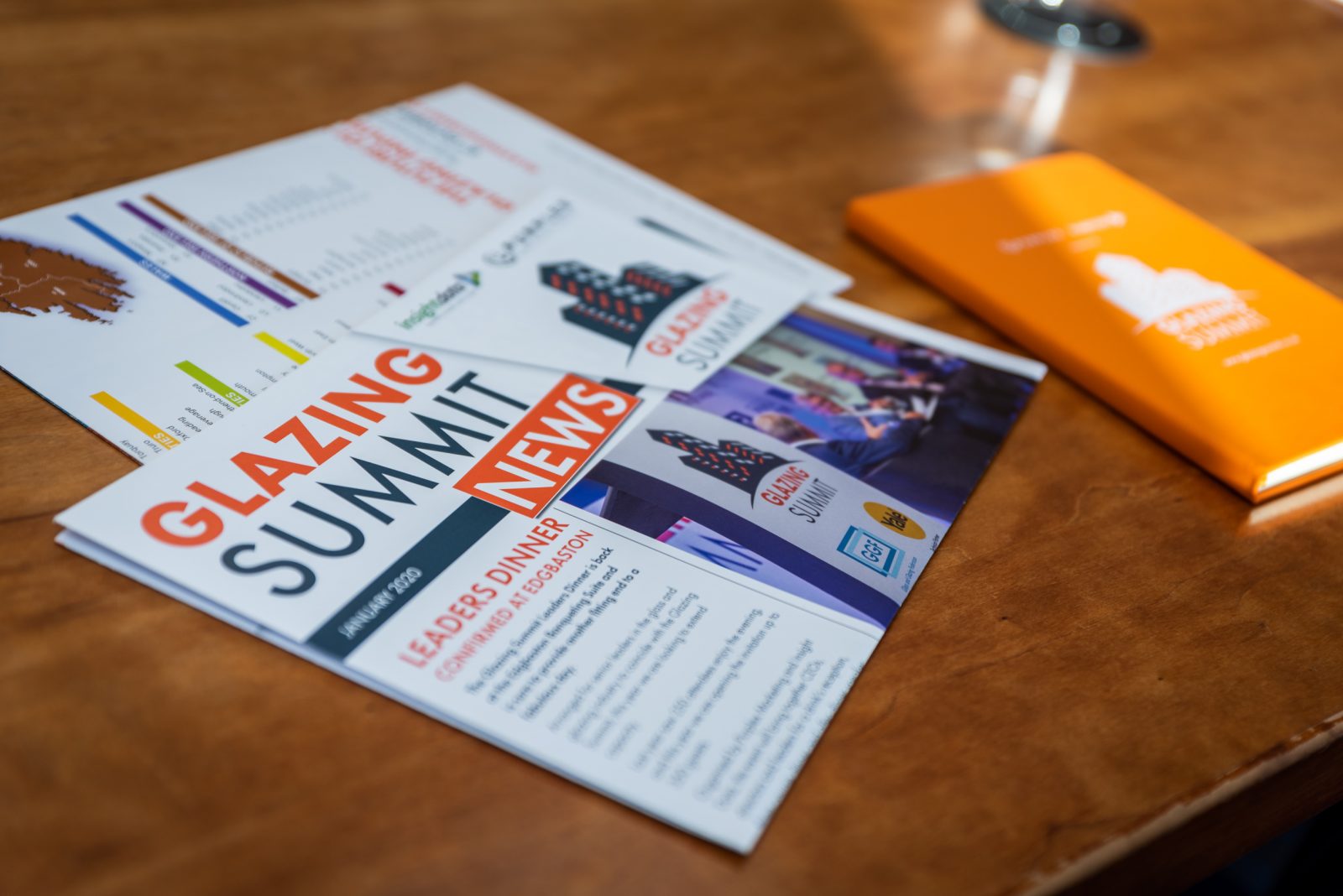 Why not subscribe to Glass Times?
Previous Digital engineering and testing Next The three essentials