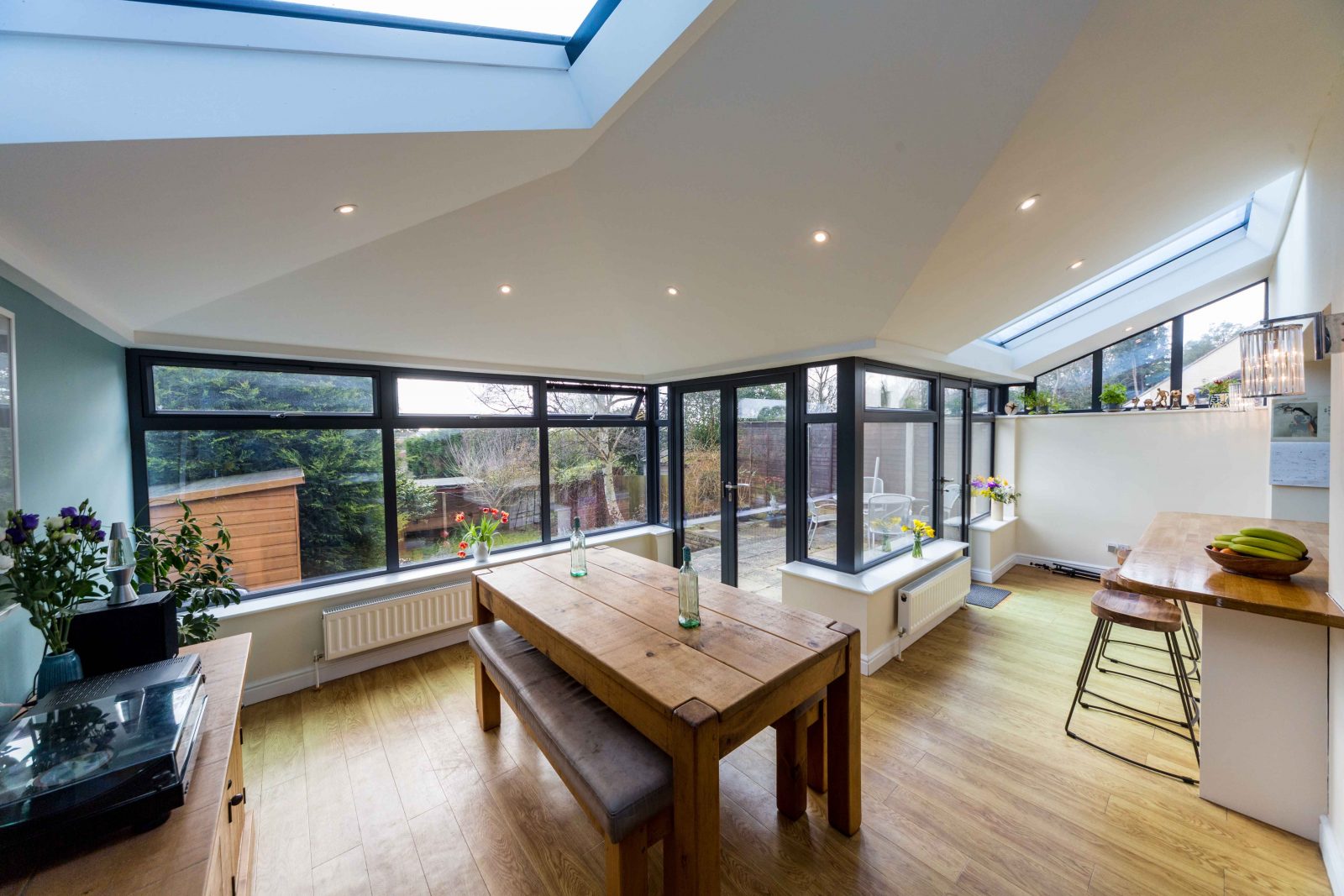 The Ultraroof tiled roofing system has recently been re-engineered, adding a host of time-saving and configurability benefits, and it has also been declared the consumer’s preferred tiled roof during research in February 2019. Ultraframe’s design and development director Andrew Thomson explains more about the next generation Ultraroof.

While our Ultraroof tiled roofing system was extremely well received when we launched it in 2016, we never stand still, and so 2019 sees a newly refined Ultraroof that is packed full of new features and benefits.

When reviewing the system and exploring how we could enhance it for our customers, fitter-friendliness was top of our list. We understand that fitting this type of roof is something different for many Ultraframe installers, and so we wanted to ensure that the fitting process is as simple as it can be.

While Ultraroof was always one of the easiest roofs of this type to install, the second generation is now 20% faster to fit as the panels require no internal or external battening, saving around half a day on site. This means that not only is Ultraroof 20% faster to fit than it used to be, it also presents huge time-saving benefits when compared to competitor systems, and is much quicker than constructing a traditional timber and tile roof.

The system is largely pre-fabricated and tiles are supplied in sheets of 12 ready cut to size, something that fitters tell us is a huge plus point for them as it means that tiling an Ultraroof is hours quicker than other systems. There is also no cutting or trimming of OSB, tiles or insulation required on site.

Once fitters have to start adapting a tiled roofing system on site, the installation becomes open to human error. By virtually eliminating the need for any cutting or trimming on site, we can offer confidence to installers that all the prep work has been done for them perfectly – all they have to do is fit the roof. However, as we all know, there is rarely such thing as a textbook site, and so Ultraroof packs in clever features to take the worry out of out-of-square frames and other such obstacles that may be encountered.

Its expandable panels fill tolerance gaps in a matter of seconds. While Ultraroof is one of the strongest tiled roof on the market, with unsupported spans of up to 4m possible, it’s also the lightest, which makes it easy for fitters to handle on site.

Of course, our products must ultimately cater to the needs of the end-user and we’ve ensured that they too will be extremely happy with the second generation Ultraroof.

A U-value of just 0.17W/m2K evidences its outstanding thermal performance and the fact that it never needs a tie bar – despite now being fully configurable into any style or shape – were just a few of the reasons which saw Ultraroof declared the tiled roof system that eight out of 10 UK homeowners would choose to buy ahead of leading competitor brands during recent research.

There are numerous other stand-out features such as its 380mm wide box beam, fully insulated eaves beam, internal pelmet, external soffit and full-length glazing panels that deserve far more explanation than I am able to provide in this article.

I would invite fabricators and installers of any tiled roof system to take a look at the second generation Ultraroof. Even if you’ve experienced the system before, we’re sure that its new 2019 incarnation won’t disappoint.

Finally, as you would expect from Ultraframe, we’ve employed a belt and braces approach to the safety of the new system following the publication of findings from the Grenfell Inquiry. The report stressed the importance of testing full systems, not relying on individual part certificates and, to our knowledge, Ultraroof is the only replacement roof with a full system fire certificate. 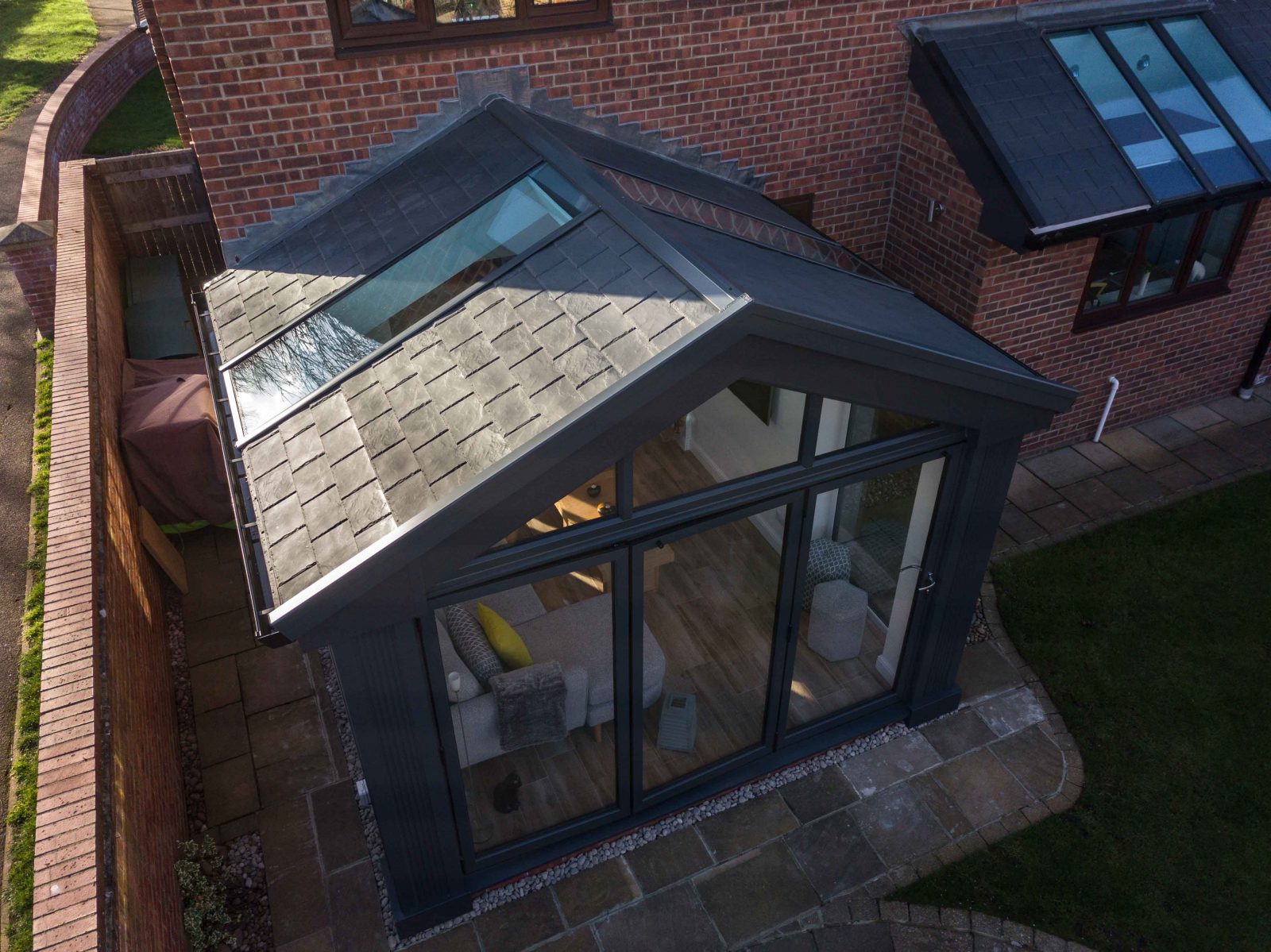 Why not subscribe to Glass Times?
Previous Cleaning up the reputation of self-cleaning glass Next Aluminium market entry