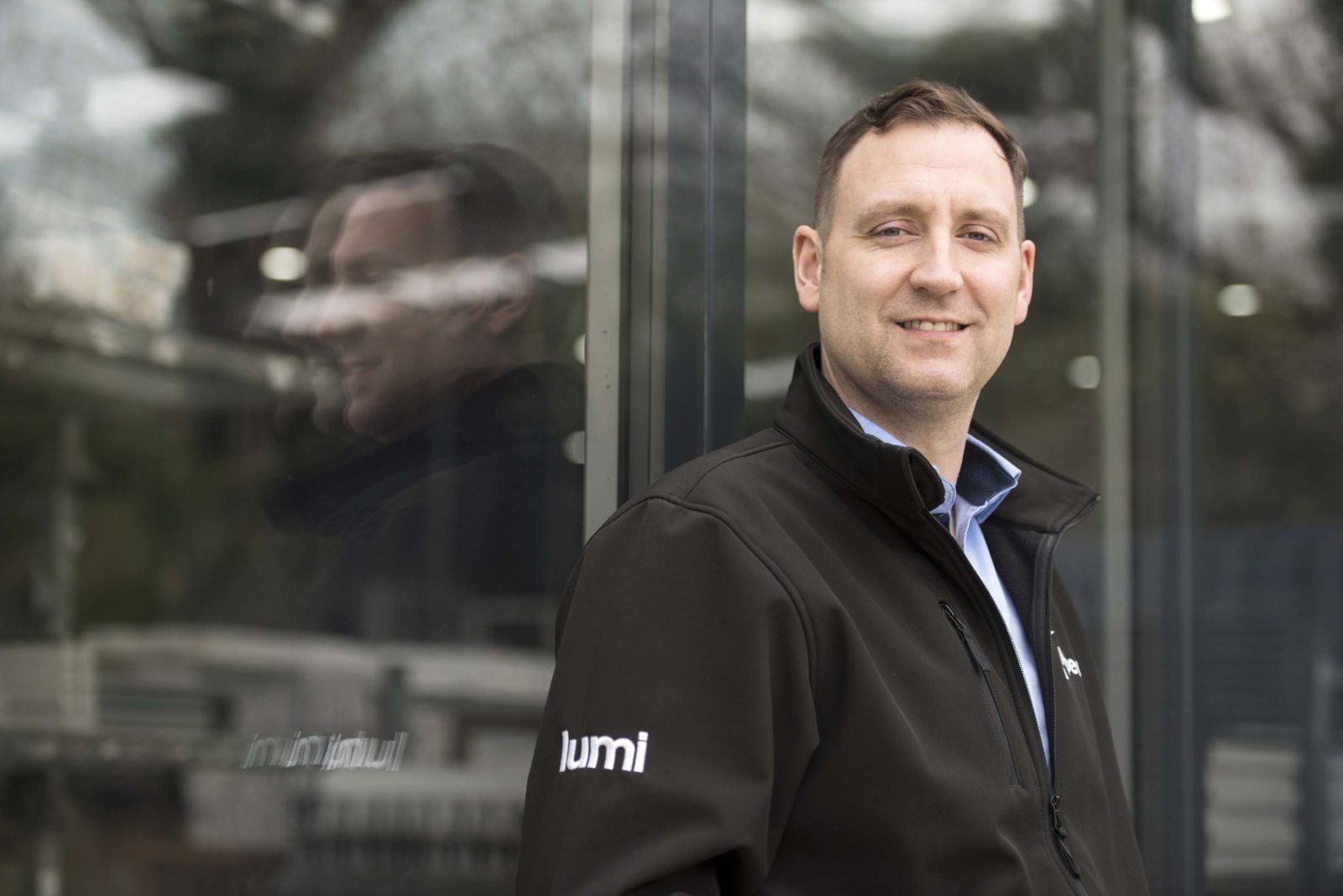 Apeer’s Lumi window is now available in aluminium, which makes more difference than you might imagine, says the company’s MD Asa McGillian.

This friend recalls how he stood chatting to the creator of R9, Dan Gill, who told him to watch as visitors came and examined the R9 windows they had on the stand. They loved the look of the window, would crawl all over it, and when they realised it was PVCU it was as if they had received an electric shock from the frame and would scuttle off.

This sums up some of our experiences with the Lumi window since its launch as a GRP-framed hybrid in 2015.

The Lumi window is clearly identifiable by its highly distinctive, edge-to-edge glazing and frameless design. There is quite literally, nothing else like it on the market. When it first hit the market it was as a high performance, triple glazed, 80mm window that claimed Passivhaus credentials, and which was unapologetically over-engineered.

It found its niche in low but worthwhile volumes among designers, specifiers and owners of upscale and usually contemporary (though not always) properties, both in the UK and in Ireland.

It was successful, but was turned down by some professional specifiers, simply because it was not manufactured in aluminium. Although the performance of the Lumi window in GRP was significantly better than could have been achieved in those days if we had used aluminium, it wasn’t metal so they didn’t want it any more.

That version is still manufactured and installed by Lumi, especially in applications that require larger spans and greater torsional rigidity, easily combined with either the PVCU or aluminium versions for the simple reason that there is little visual difference between the frames in different materials.

Lumi Aluminium is manufactured and sold alongside the PVCU version, which was launched around four years ago to answer demand from home improvers, who loved the unique look of Lumi, but were defeated by the cost and availability of the original.

We had the owners of relatively normal homes getting in touch because they loved the look of Lumi, but compared to ‘normal’ windows and doors produced for the home improvement market, the GRP version was expensive and, actually, it required greater skills to install.

So, impressed with the growing numbers of those enquiries, we produced Lumi2 in PVCU and very much with the home improvement market in mind. And that version has been very successful in home improvements, through a network of installers throughout the British Isles.

Lumi Aluminium looks the same as the original triple glazed GRP framed version. And yet, especially among architects, Lumi Aluminium has found acceptability where the PVCU version was spurned. I even had one high-end builder who said he wouldn’t fit ‘Tupperware’ windows, as he called them, now saying he will fit Lumi Aluminium in future developments. We lost sales of the original, and certainly the PVCU replacement Lumi, simply because it was plastic, irrespective of performance or indeed, price.

This bias is well known of course, especially to the larger system companies that have long faced such resistance, irrespective of performance or increasingly impressive sustainability characteristics of modern PVCU frames.

My guiding principles are sales, without dwelling too long on the difficulties of disavowing architects of some rather outmoded attitudes.

Although we are gaining more sales from homeowners because they have decided upon aluminium, they still chose Lumi predominantly because they like the way it looks. That’s what really counts for me.

Why not subscribe to Glass Times?
Previous Online investment for growth Next Designer Doors delight