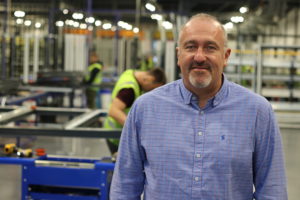 I share your disappointment and frustration (Green with dismay, January, 26) that the Green Homes Grant Scheme will have ultimately delivered very little for the window and door industry.

Should we be surprised? Perhaps not. The government has a track record in this area. The Green Deal (remember that one?) delivered exactly the same. ‘Net-zero’ is a reference to the UK’s commitment to cut carbon emissions by 2050. It could just as easily be applied to the success rate of the government’s green initiatives for construction in the last decade.

So, we need to ask where is it going wrong? The first cause is the gap in understanding at Westminster as to how construction and home improvement markets function. But we also need to ask why? We have industry bodies. I regularly see press releases from them highlighting their response to ‘this or to that’, but is the message getting through? Is government listening? I’d say not.

This is obviously not just down to our sector’s representative organisations but construction and building industries more generally. Because if the sector was properly understood by government, then schemes like the Green Homes Grant or the Green Deal wouldn’t be being launched.

As a member of this industry, I find it frustrating that neither of these schemes delivered any opportunity to our retail customers and that they were shut-out from it, because of the complexity of being a part of it.

The Chancellor will be making his statement in March, no doubt with a whole load more pledges to ‘get Britain building’. It makes economic sense. Construction and home improvement creates jobs, and if improvements can be linked to energy efficiency, it supports it in meeting its 2050 pledge to decarbonise the economy.

But everything that we have seen so far has been far too complex for central government to administer, or for industry to join.

If Rishi Sunak is listening, a cut to VAT on energy efficient home improvements to 5% could not be more timely.

Why not subscribe to Glass Times?
Sternfenster Read Full Profile
Get In Touch
with Sternfenster
tags
Brian BerryDeceuninckFMBHousing targetsnew homes by 2020Rob McGlennonRoy FrostSales director
Previous A new period of real demand Next A seismic shift