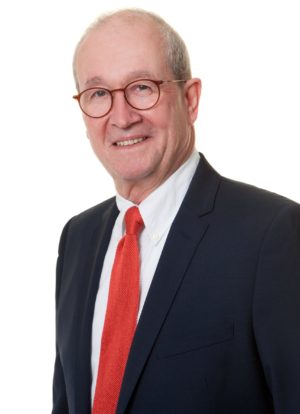 By David Thornton, chairman of The Window Company (Contracts).

The skills shortage might have slipped down the agenda a bit over recent months while the industry has been tackling what is understandably the more pressing issue of product and component shortages, but that certainly doesn’t mean it has gone away.

A crisis which was already looming as the 50-somethings which make up so much of this industry look ahead to their retirements, has been made much worse by the departure of so many skilled European migrants during the pandemic. As a result, we’re already seeing intense competition for skilled fitters.

Conservative estimates are that around 500,000 migrants left the UK last year. The vast majority of those will obviously have been from the leisure and hospitality sector, but there has been a fall in construction and manufacturing as well; and the end of free movement post-Brexit means it will be much more difficult for these workers to return.

We urgently need to attract new talent into the industry and, while the likes of the Building Our Skills campaign are a good starting point in terms of raising our profile, they don’t address what for me is the fundamental weakness of the current approach to apprenticeships in this industry. Putting a school leaver through a six-month NVQ course and then calling them a window fitter is just not going to deliver what we need.

In our experience it takes between two and three years to become a good fitter, but only if you are spending the vast majority of your time on site shadowing and learning from someone else who is highly skilled and who is willing and able to share their skills with you. We are all in favour of college-based NVQ training, but it needs to come with acquiring long-term, real-world knowledge.

James Timpson, the CEO of Timpson Shoe Repairs, wrote an interesting column in the Sunday Times on May 16, saying almost exactly the same thing, and pointing out the drawbacks of the government training schemes that require the vast majority of training to be delivered via independent providers. Despite the fact that his company pays around £500,000 into the government’s apprenticeship levy pot, it still runs its own separate, self-funded 16-week apprenticeship programme focusing on the practical skills needed to run a Timpson outlet. He quite rightly asks the question “Surely we know how to train recruits rather better than someone who has never repaired a shoe?” and that’s certainly the case for us in the window industry.

The newly launched Trailblazer apprenticeship framework for the fenestration industry is based around an 18-month training programme which, for me, is much closer to what we need. The only issue I have with it are the perilously low rates of pay which employers going down the government-backed apprenticeship route can pay their apprentices in the first year. We are competing for the very best talent around, and £4.30 per hour is simply not appealing enough, particularly in the south east.

In theory, it should be possible to expect a young apprentice, who you know is receiving the kind of training which could potentially set them up with a valuable trade for life, to accept a low starting wage and minimal levels of security. But in reality, there are very few 18-21-year-olds who can see that bigger picture, and it’s easy to see why the industry continues to struggle to recruit.

The very best trainees at The Window Company (Contracts) are those who have joined us with a clear understanding that they will be learning the skills they need to make a real career in the industry, that they will be paid the real living wage from the outset, and that their wages will increase in real terms as they progress.

I think fundamentally we all need to take a longer term approach to training and apprenticeships and be prepared to really invest in making our people the best that they can be – even at the risk that they will leave at the end of their training period and take those skills elsewhere.

If we all invest in upskilling our collective workforce then in time, surely, we will all see the benefits?