An update on shipping from the east

Home Featured Articles An update on shipping from the east 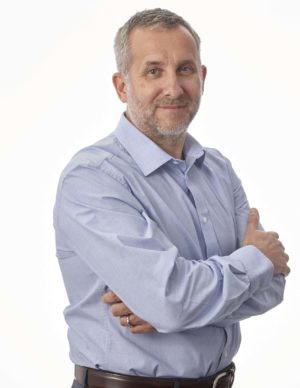 It was six months ago that Richard Gyde at Mila first wrote to the press to sound an early warning about the storm brewing in the freight market. Here, he gives an update.

Half a year ago, booming demand in the west, lack of capacity on container ships and a shortage of the physical containers themselves were already starting to push up the price of shipping.

At the time, I had a responsibility to inform the industry about what the whole market was likely to face in terms of increased costs.

Since then, other business leaders have given similarly honest updates about the scale of the problem and, like Mila, many have had to introduce freight surcharges to try to share some of the burden of our massively increased costs.

Back in November, I don’t think any of us could have imagined how long the storm would last or just how bad it would get. The price of shipping a 40-foot container from China rose from around $2,000 in October 2020 to more than $8,000 in April 2021. There were signs of a slight softening in March, which gave us all some hope, but prices have steadily risen again and, in May, they were around 25% higher again.

Pre-Covid, shipping times from China were consistently around 36 days, but now we are working on a minimum of 56 days, and the level of demand at our manufacturing partners means many of our lead times have doubled as well. The situation obviously hasn’t been helped by the impact of the Ever Given blocking the Suez Canal, which forced many shipping lines to reschedule sailings, and news that the Covid surge in India is causing crew shortages and various ports even refusing entry to ships with crew from the region.

At Mila, we are obviously doing all we can to ensure continuity of supply, and we have already spent more than £440,000 on airfreight since the start of the year to try to keep all those customers who stayed loyal to Mila during the pandemic supplied with stock – and we haven’t passed on any of that additional cost.

There’s no doubt that every business that imports from the far east is feeling a similar level of pain, whether that’s High Street retailers or fenestration hardware suppliers, and price rises are understandably widespread.

By now though, there has been plenty of coverage in the mainstream media about the shipping crisis and consumers have, to an extent, been conditioned to expect to pay more for goods imported from Asia.

Once again then, I would urge the market to be patient and, wherever possible, pass on the increased costs they are facing from component suppliers right across the market.