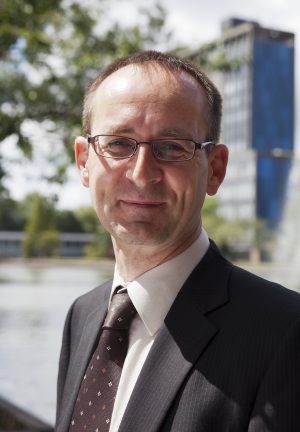 Phil Brown, European regulatory marketing manager at Pilkington UK, explains how the proposals for Part L could result in a missed opportunity for the government to move housing closer towards Zero Energy Building standard.

The government’s current consultations on regulations concerning energy efficiency in England is a key step towards helping the UK reach its ambitious net-zero emissions target by 2050.

From the initial proposals for Part L, it’s clear these new regulations could have a significant impact on the glass and glazing industry, as we see requirements for new homes change.

But do the current proposals for Part L go far enough in achieving the task at hand – significantly cutting emissions?

Two options for the changes to the regulations have been proposed for consideration.

The first option, described as ‘Future Homes Fabric’, would offer a 20% reduction in carbon emissions compared to the current standard for an average home. This would be delivered through introducing very high fabric standards, such as triple glazing, resulting in minimal heat loss from the building envelope.

The second option would see a 31% reduction in carbon emissions compared to the current standard. It would take advantage of carbon-saving technology such as photovoltaic panels and low-carbon heating, as well a more modest increase in fabric standards, in comparison to option one.

The government prefers option two, which could be a missed opportunity in the bigger picture of moving homes closer towards Zero Energy Building standard.

Indeed, it would initially deliver more carbon savings and result in lower bills for the householder. However, with this option focusing on renewable energy, rather than having a fabric first approach, we miss the opportunity to lock-in essential energy-savings early on.

New homes currently being constructed, and those that will be in the next few years, are expected to still exist in 2050. So, it’s important we design these to be as thermally efficient as possible, from as early as we can. Another benefit of this approach is that once highly insulating building fabrics are installed, homeowners don’t have to worry too much about maintenance or replacement for many years.

The government has also proposed to reduce the maximum elemental window U-value for new dwellings from 2.0W/m2K to 1.6W/m2K. This is unlikely to be significant as the notional (reference) dwelling in the current regulations is based on a lower window U-value of 1.4W/m2K.

It is almost certain that glass with higher levels of thermal insulation (ie, a lower U-value) will be needed to meet the minimum energy performance for the whole building. This has been flagged in the supporting impact assessment, which has modelled options one and two assuming a window U-value of 0.8W/m2K and 1.2W/m2K, respectively.

However, there is a big win from the consultation. Alongside the proposed changes to Part L is the closure of a loophole for developers that will help to maximise the opportunity for supplying advanced thermal efficient glass. Housebuilders will no longer be able to build homes to old standards during the transition period when new regulations are introduced.

From 2020, any new building will have to meet the updated Part L requirements if work has not already commenced on a specific building covered by planning permission within a ‘to-be-determined’ reasonable period.

With changes ahead, there is a clear opportunity now for the glass and glazing industry to drive the manufacture and supply of higher performance glass, helping the UK on its road to meet its ambitious 2050 emissions target.