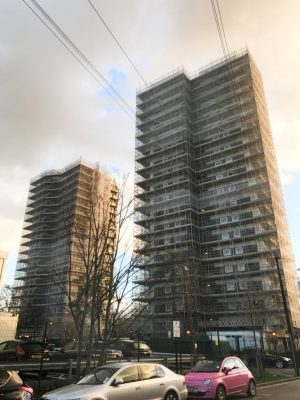 London City Airport, which serves over four million passengers every year, called on Newview as principal contractor to install nearly 750 windows in 240 flats across the three buildings, plus a further 360 flats in various other blocks and roads around the airport.

Acoustic insulation was a vital consideration on this project – the flats aren’t just in very close proximity to the airport itself, but the area is also subject to ongoing and often-noisy construction work.

Managing director Michele Wiestcher said: “Our installers did an amazing job working at height and contending with tight deadlines.

“We’re delighted that we’ve now been asked to continue working for the Airport throughout 2019, with refurbishments to a minimum of 400 more properties scheduled for later this year.”