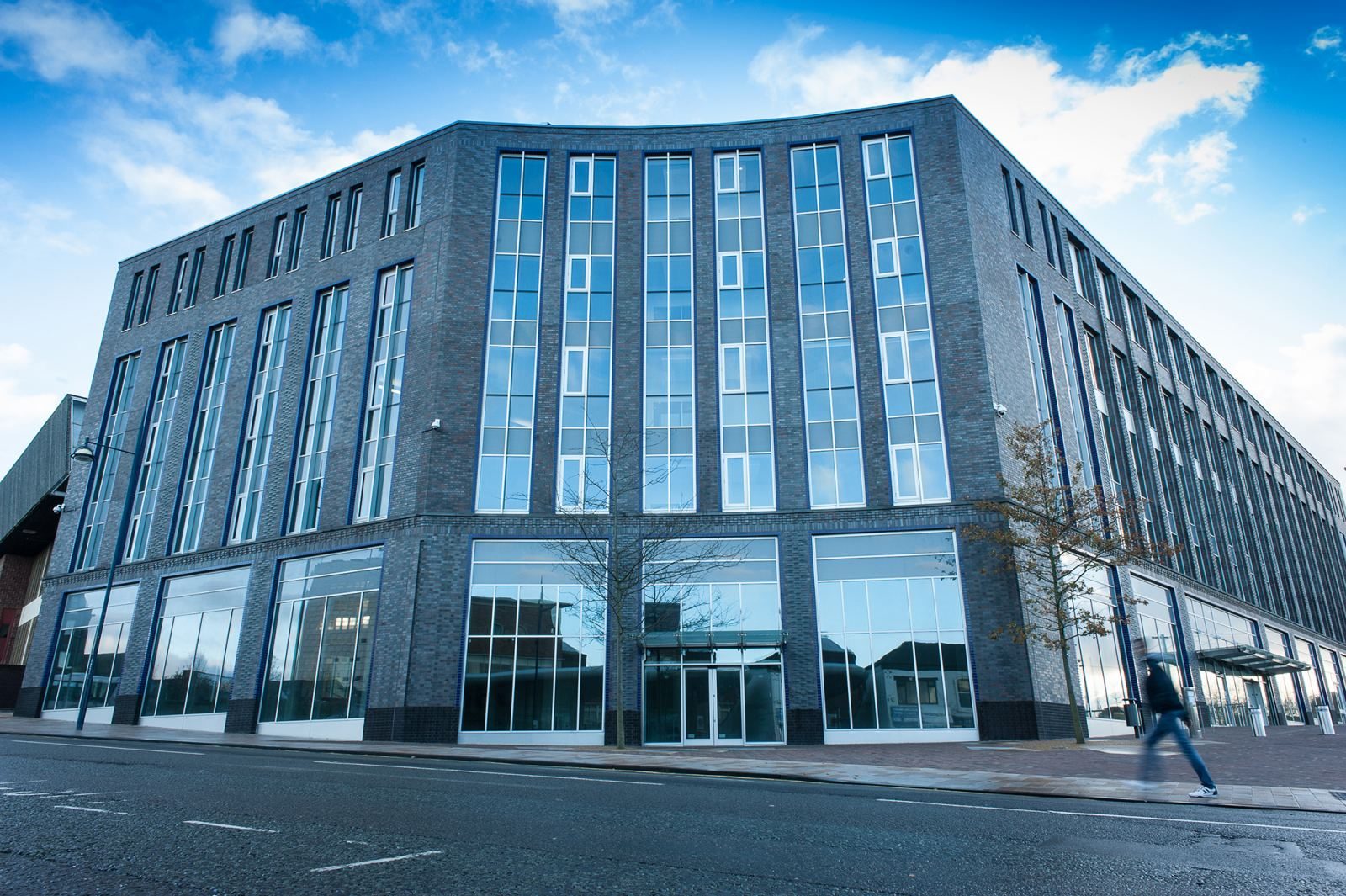 Architectural glazing systems from Kawneer feature on a new building that is part of the regeneration of a city, and was built using a hybrid of traditional and modular construction methods.

Kawneer’s AA100 and AA110 curtain walling, both zone-drained but with 50mm and 65mm sightlines respectively, complemented by 451PT framing with 50mm sightlines and AA540 side-hung casement windows, were used on Two Smithfield, the new £15 million office built as part of the first phase of Stoke-on-Trent City Council’s Smithfield scheme.

Smithfield is the new mixed-use quarter for Stoke-on-Trent by developer Genr8, comprising 1.2 million ft2 of office, retail and hotel space. The project will also deliver more than 270,000ft2 of new public realm.

The first phase of the Smithfield project was completed in August 2015 and comprises 220,000ft2 of bespoke Grade A office accommodation.

Two Smithfield includes ground-floor commercial units totalling 7,500ft2 and comprises four floors of offices, two of which have already been let to the joint venture Water Plus.

Much of the 125,000ft2 Two Smithfield building consisted of components using modular manufacturing, such as precast concrete panels and brickwork cornices and glazed brick elements which were completed off-site.

The four-hectare site was historically a manufacturing area for the brick and ceramic industries and was littered with mine shafts and coal seams which required piling.

Designed by frequent Kawneer specifiers Aedas RHWL architects, Two Smithfield’s curtain walling was used for all the windows and external glazing of the project.

Associate Alasdair Mealey said: “The Kawneer curtain walling system had to interface with precast concrete primary structure and facade panels. Key items that had to be resolved were weather proofing, thermal bridging and air tightness, and the Kawneer system met both the aesthetic and performance requirements. The building had a mixed-mode ventilation strategy so the curtain walling system had to incorporate opening lights.”

“The quality of what has been delivered, given budget and expectations, is first class.”

Why not subscribe to Glass Times?
Previous Adapt to fit Next Next-generation curtain wall