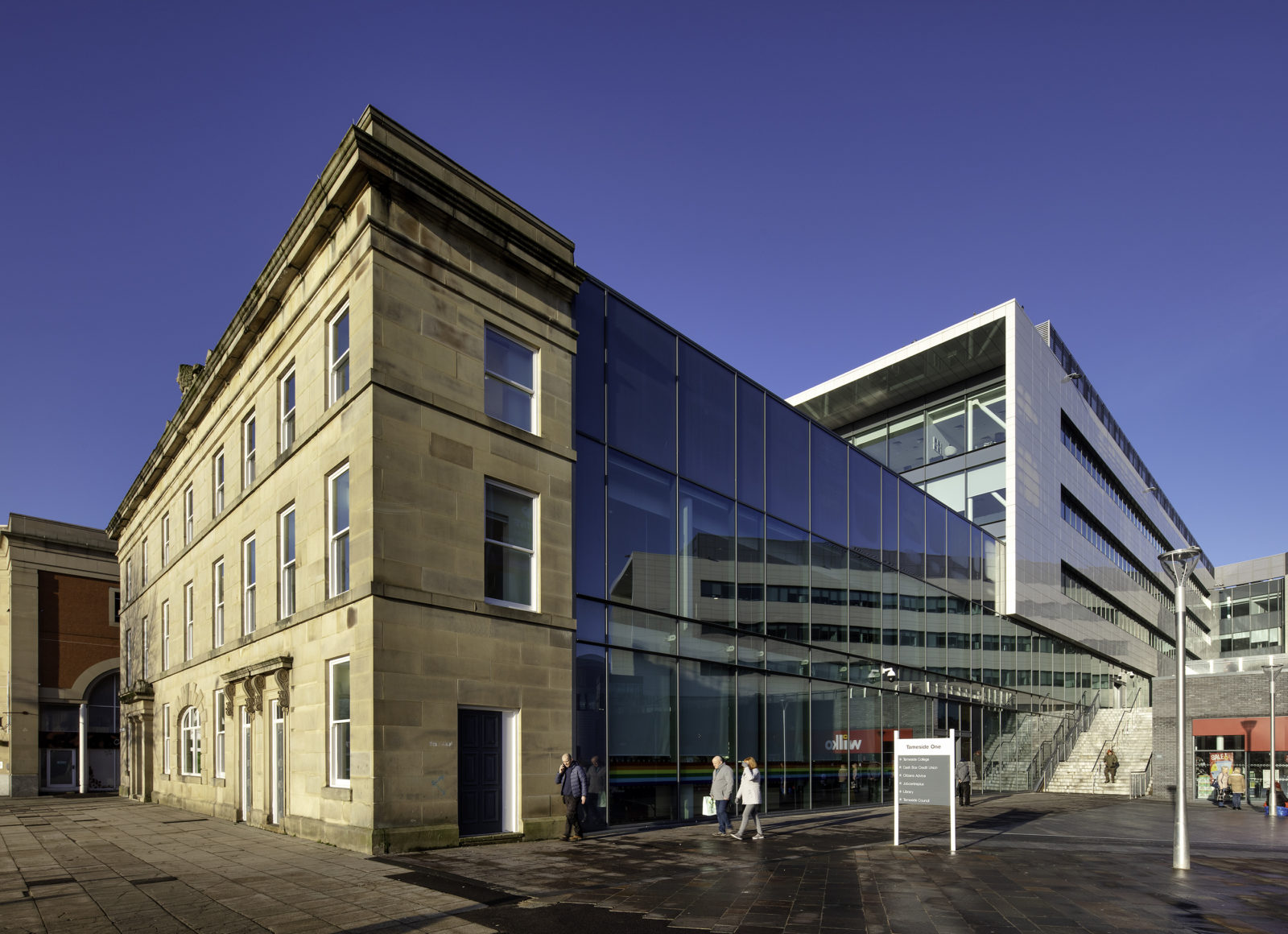 The aluminium systems supplier’s AA100 zone-drained curtain walling was used within rainscreen cladding from the ground to second floors and at the upper floor levels of a courtyard at Tameside One, the second phase of VisionTameside, in Ashton-under-Lyne, Greater Manchester.

The AA100 curtain wall was also used as a ribbon effect to achieve a punched window design on the external perimeter elevations. This was complemented by Kawneer’s series 190 heavy-duty entrance doors, as single and double leaves and open-in and open-out variants,

In addition to releasing the former 1980s administrative centre from its connection to the grade two listed Ashton Town Hall, Ryder’s design also retains the facade of the grade two listed former water board building, both improving the setting of historic buildings and enhancing the quality of the public realm around the building and the wider town centre.

The Joint Public Service Centre is a more cost effective and customer-focused building than its predecessor, the new building being half the size of the previous council offices. It also offers improved pedestrian access to the town centre from the station and transport exchange.

A number of fenestration options were considered for the six storeys. To the upper office and classroom floors the design features full-height floor to ceiling punched windows on the outward-facing elevations and continuous ribbon-slot windows on the internal elevations.

A simple and reserved palette of neutral, high-quality materials was selected for the mixed-use development and is paired to the key elements of the building mass to further reinforce a clear expression of use and function.

The brickwork base is punched with Kawneer glazing on the east, south and west elevations forming the shop fronts of retail units. Recessed profiles, expressing a horizontal check at glazing head level, and areas of alternative brickwork bonds reference Ashton’s rich history of brickwork buildings.

The main building entrances and the deck level are a continuous surface of Kawneer glazing which is used generously to all publicly accessible areas to promote a welcoming feeling of openness, transparency and legibility of use.

All elements of the building envelope had to achieve pressure test requirement for air permeability of 3cum/h/m2 at 50 Pa.

The Kawneer systems were installed over more than two years (due to Carillion’s demise) by a team of up to 60 from specialist sub-contractor/dealer FK Group for main contractor Robertson Construction, which replaced Carillion. 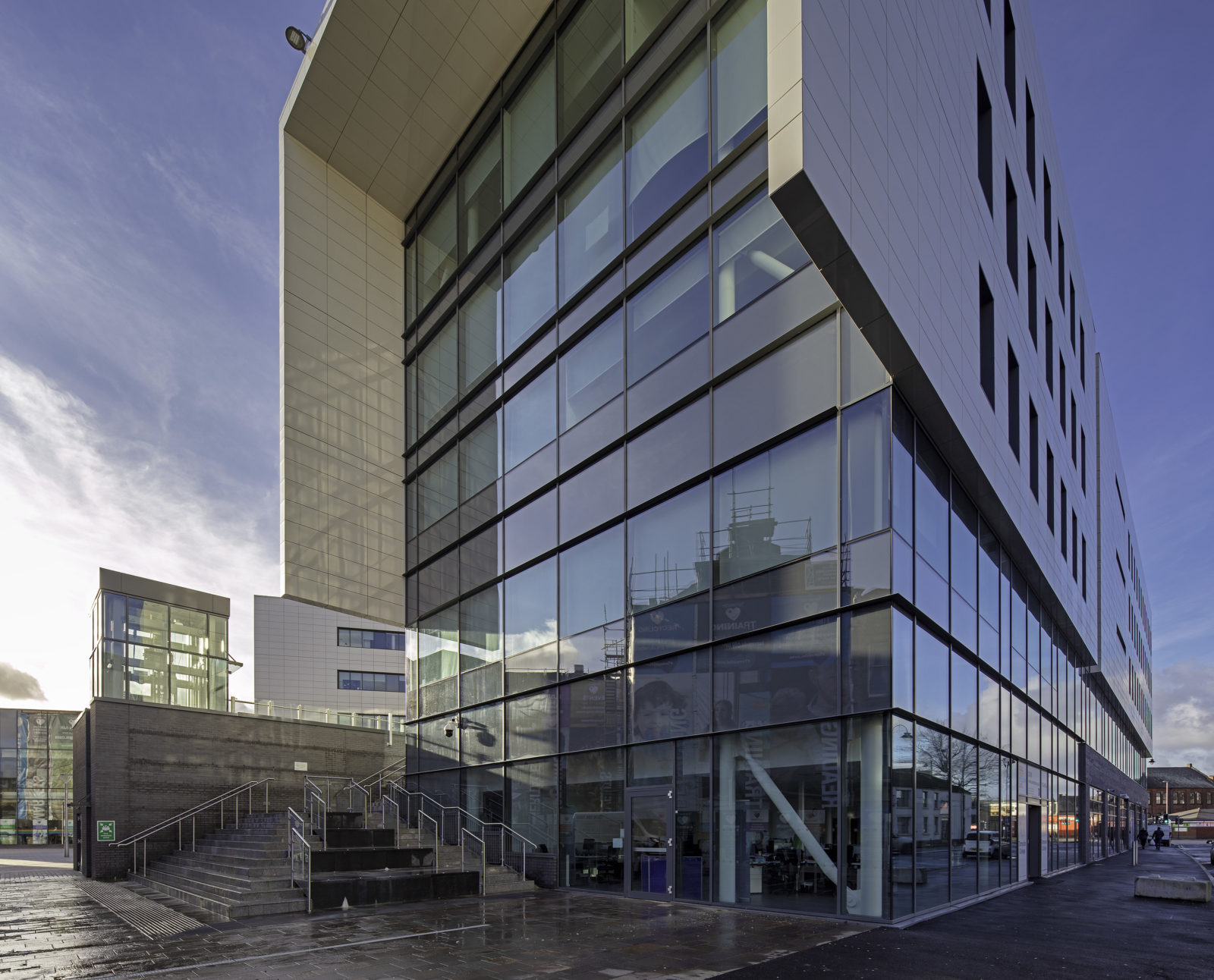 Why not subscribe to Glass Times?
Previous Back on the map Next Colourful tool hire project