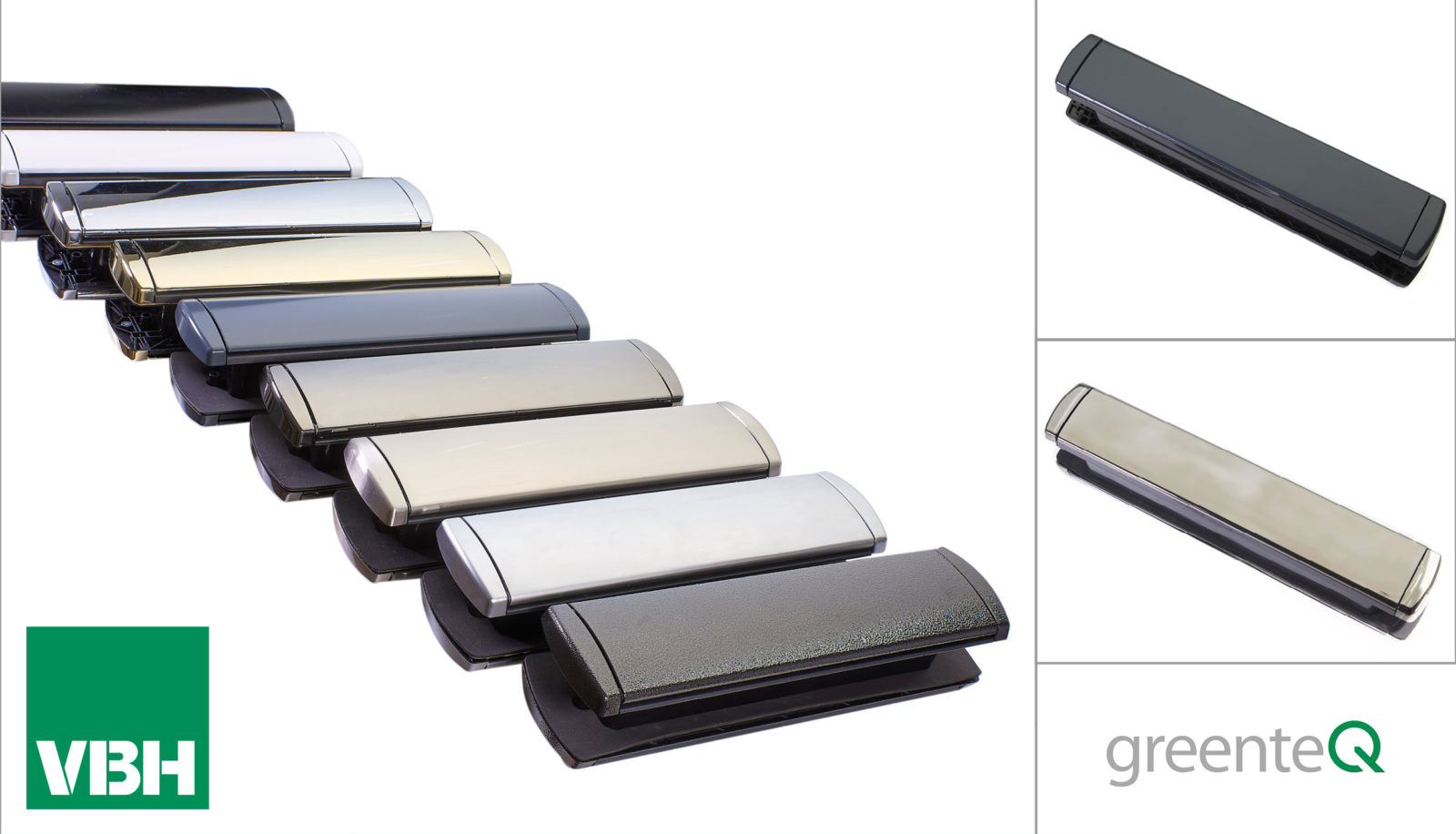 The greenteQ Omega letterbox range from VBH has evolved to include both a remodelled standard sized box and a completely new 56mm slim version to suit ultra slim transoms.

The opening on Omega Slim is offset towards the bottom of the box’s frame. According to VBH, it has been designed to maximise the available aperture whilst ensuring that the letterbox doesn’t overhang the bead on even the slimmest sections.

Omega letterboxes feature convex curved metal flaps that open to near vertical both inside and outside, ensuring that relatively thick packages can be put through the door without putting stress on the letterbox’s springs. There is no groove in the flap to allow it to open fully, leaving just the curved surface. The frame ends are also metal and are gently curved to continue the modern styling.

Both versions are available in nine finishes of the greenteQ Suite, VBH’s expanding range of colour and style-matched window, residential door and patio door furniture.

The letterboxes are said to feature a strong, yet cushioned, closing action to stop rattling in windy conditions, and have an internal brush and an external foam seal to provide draught and water protection.

VBH marketing manager, Gary Gleeson, said: “The original Omega has been very popular but the redesign has given it a new lease of life and, possibly, a wider appeal.

“We are really pleased to have added the Slim version to the greenteQ suite. It was developed in response to requests from customers who have been desperate to fit greenteQ to their mid-rail doors, but Standard Omega was just too deep. With its contemporary good looks, we’re sure that Omega Slim will be a popular addition to the greenteQ range.”

Both boxes are fully weather- and cycle-tested and are suitable for doors between 40-80mm thick.