Home News Worth waiting for? 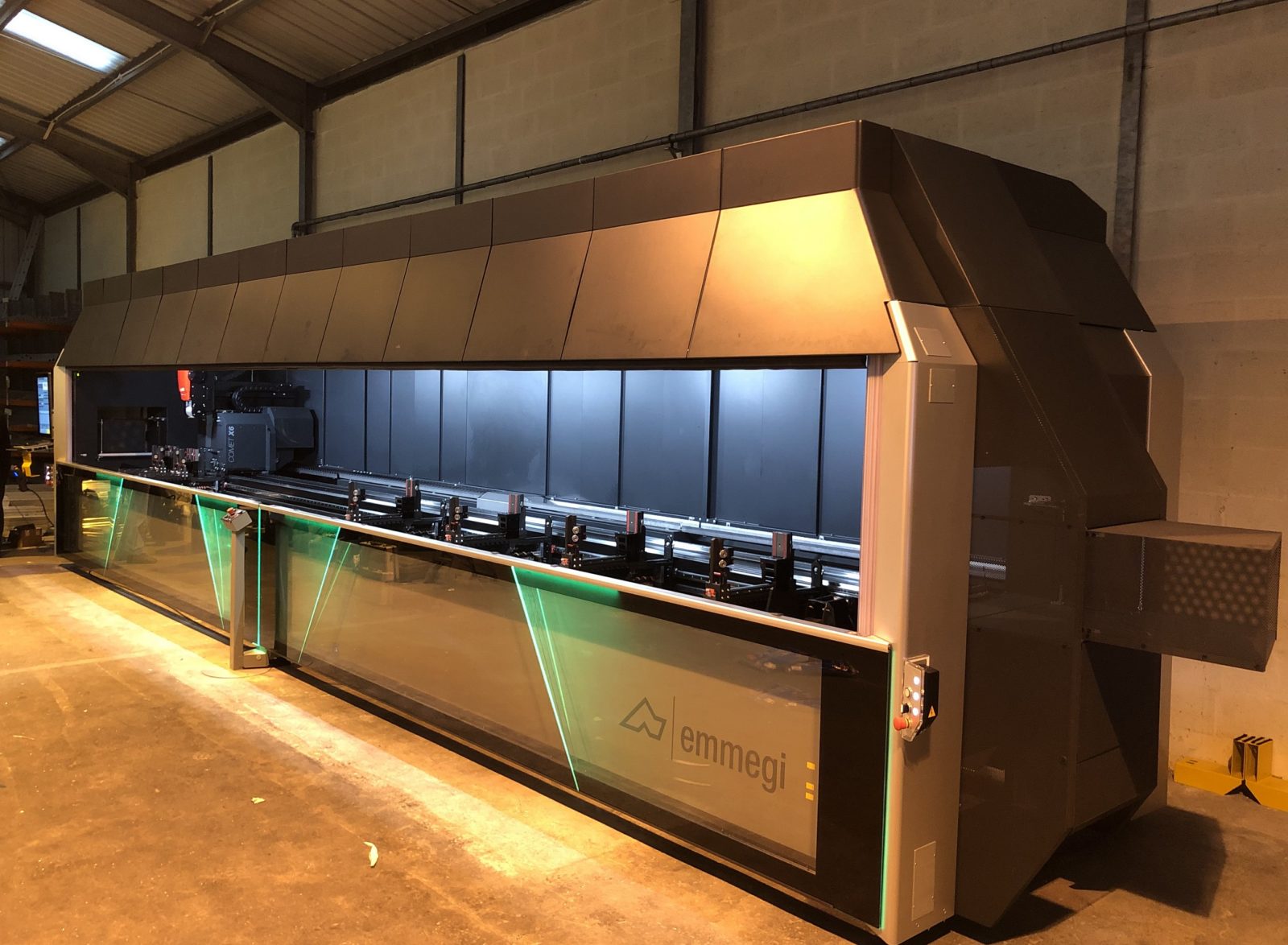 Anyone who’s had any building work done on their home or tried to order a new car over the past year or so will be very familiar with the supply chain issues which are impacting the whole of the global economy.

While things have improved considerably, we’re obviously continuing to face challenges in this industry – whether that’s from a shortage of components and raw materials, knock-on effects of the repeated lockdowns in China, the war in Ukraine and the sanctions on Russia, or simply insufficient capacity to respond adequately to the post-Covid bounceback.

From a machinery supplier’s perspective, the issues we have faced in terms of extended lead times are similar to those in the motor industry. The surge in retail demand that we’ve experienced in the UK and the savings mountains accumulated by consumers working from home who couldn’t spend their money on holidays or entertainment have been replicated in many markets around the world, and it’s created something of a perfect storm for many global suppliers.

When it comes to cars, the fact that it is the most affluent buyers who have saved the most is reflected in the fact that the longest lead times are on some of the most desirable and expensive models. Want a new BMW? According to car leasing specialists Pike and Bambridge, you’ll have to wait for nine months. A Porsche? You’ll wait between 12 and 24 months. And don’t even enquire about a new Range Rover. They are saying it’s a minimum of two years.

We’re obviously not talking about anything like those lead times on machinery – but it’s undoubtedly the case that our most advanced and prestige models are on much longer lead times than normal. That’s why we’re doing our best at Emmegi (UK) to communicate that to fabricators up front so that they can factor it into their investment plans.

If you know it will take over a year for your new Porsche to be delivered, then you’ll obviously place your order much earlier than you would have done previously – and it’s a similar situation for fabricators buying machinery from many of the suppliers into the UK, and not just Emmegi. If you are well aware that the machine you want isn’t likely to be available within just a few weeks, then as long as you place your order well in advance, you should still be able to take delivery at a time to suit you.

Apparently, new vehicle stock in the UK is better on more mainstream models from the likes of Nissan and Hyundai, but I doubt there are many Porsche buyers who are going to order a Nissan just because they can get it more quickly, and I think it’s a similar situation with our machines. We don’t think fabricators want to compromise on the quality, durability, or capability of their machines for the sake of not ordering further in advance.

Everyone at Emmegi, both in the UK and at our manufacturing hub in Italy, is focused on increasing output and on bringing lead times back in line with where they were before the pandemic. We are making good progress, and, in the meantime, we are offering certain machines in the UK from stock, including our Comet X6 and Comet R6I 4 and 5 axis machining centres.

Because these are stock models, they are not available with the bespoke set-ups that customers might be used to from an Emmegi machine, but they are amongst our most popular machines because they are already highly specced.

Our team can obviously give advice on availability for the rest of the Emmegi range and customers can be reassured that they will be kept fully informed about the status of their orders. 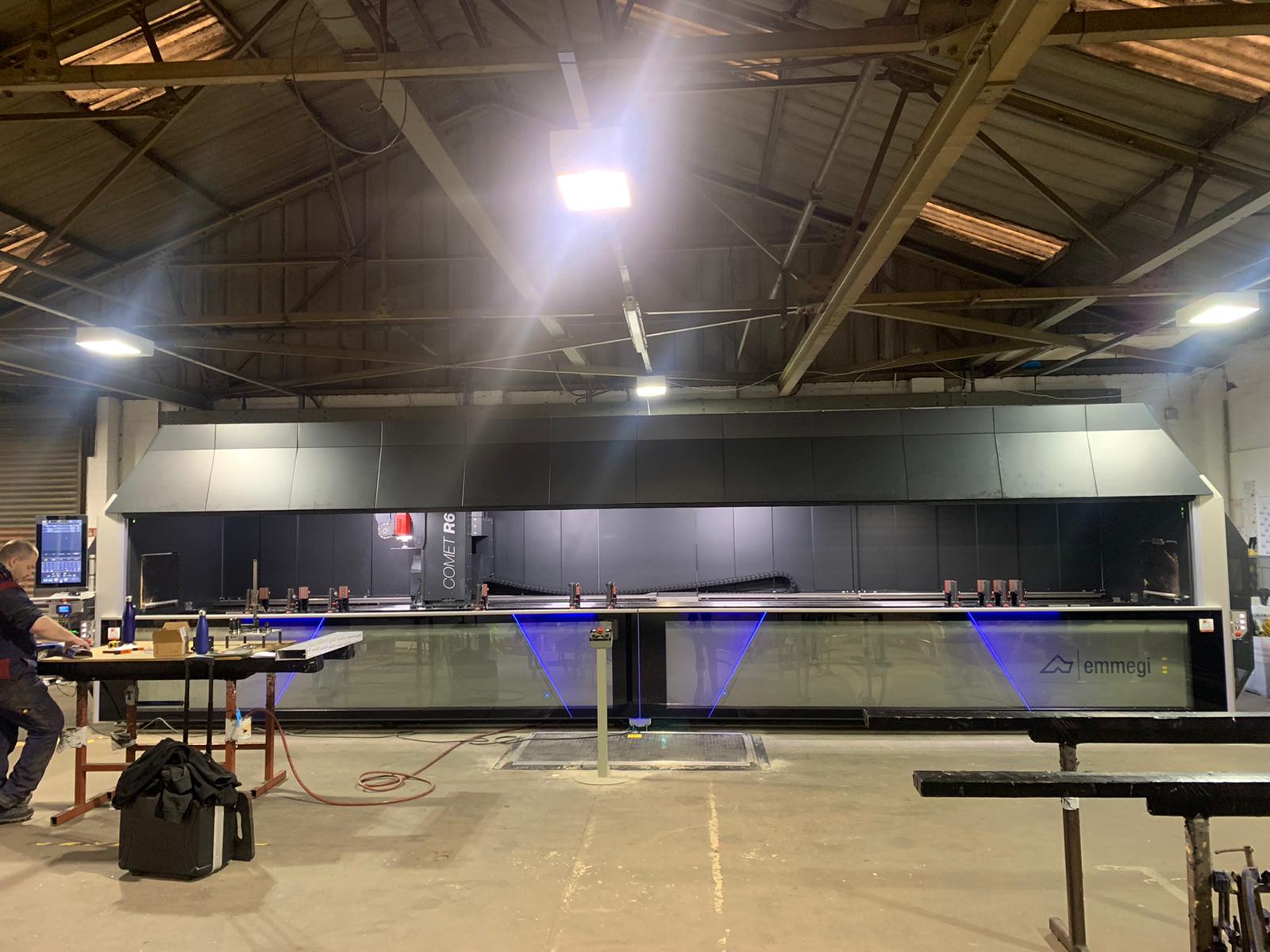