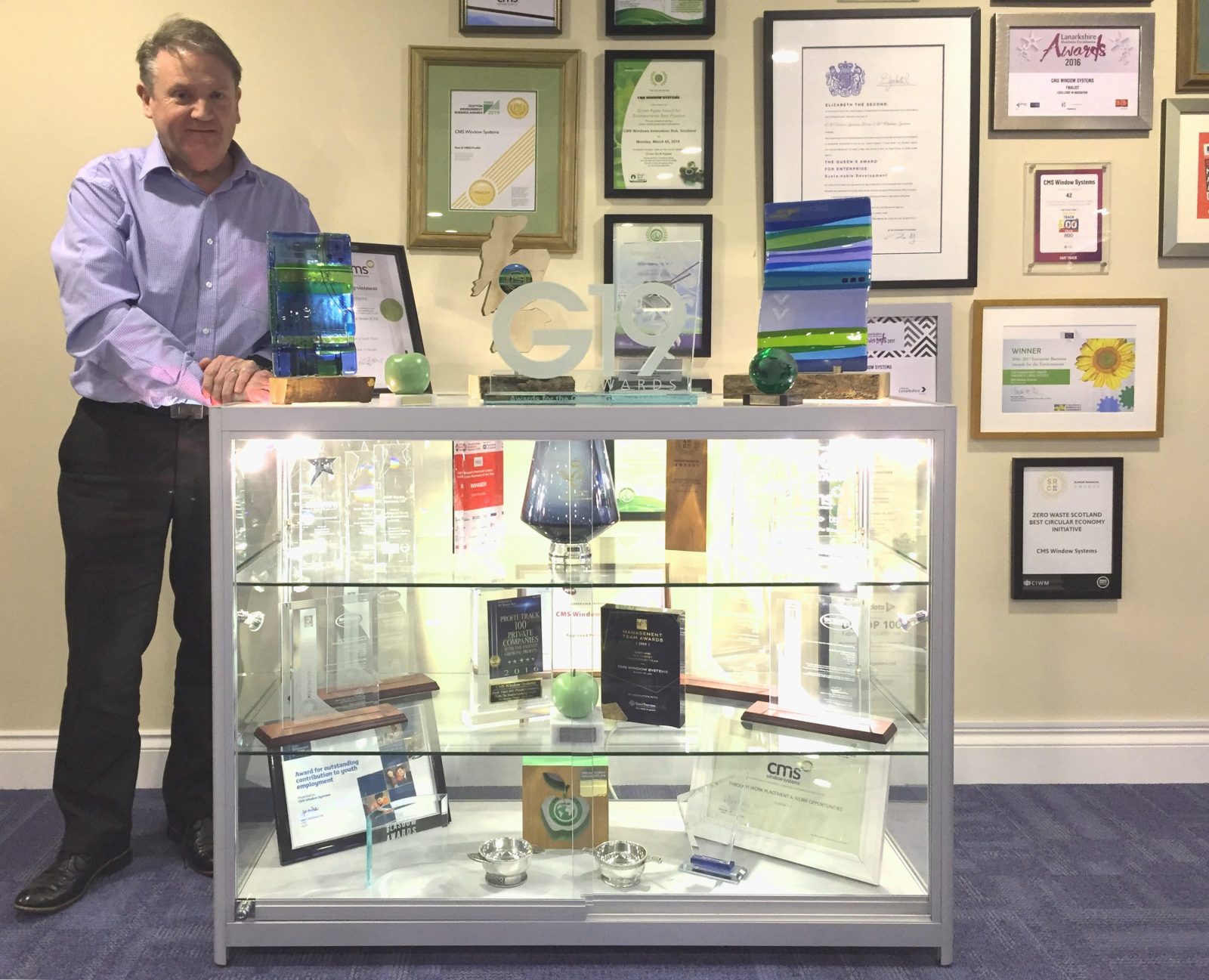 CMS Window Systems received more independent recognition for its achievements in respect of environmental, social and economic sustainability in 2019 than ever before, the company has announced.

CMS picked up gongs in six awards programmes as well as being named a finalist in five others. These awards successes came during a record year all around for CMS, with the business achieving significant growth: staff numbers increased by 25% to more than 320, turnover was up by 11.4%, and profit topped £4.5 million for the first time.

The most significant award wins and shortlistings for CMS were in recognition of its environmental achievements, the company said. In November, CMS was named the winner of the Best of Vibes award, a respected programme that celebrates the environmental successes of Scottish businesses. This special award was presented to celebrate the 20th year of the Vibes Awards, with ten previous winners including CMS shortlisted for a public vote.

Earlier in the year, CMS made it to the finals in the Herald Pioneer Awards for the Circular Breakthrough Award, which demonstrated its contribution towards creating a circular economy in Scotland.

Amy Ledger, the full time environmental advisor at CMS was also singled out for praise as a finalist in the Scottish Resources and Vibes 2019 Young Person of the Year award.

The major industry accolades came with a double win in the G19 Awards: Sustainability Initiative of the Year; and Unsung Hero award for contracts manager John Deacon “for his relentless support for charities dedicated to helping people in disadvantaged communities”.

CMS also won the Hub South West Best Employment Programme for Young People award for its dedication to providing career opportunities for young people in Scotland, plus its ongoing engagement with schools and colleges, and it was a finalist in the Living Wage Scotland Anchor Institution Award 2019.

Three other awards programmes recognised the overall business success of CMS in 2019: The company won the BVCA Scotland Mid-market Management Team of the Year award, for the excellent way in the which the business is managed; and the Build Magazine Best Building Envelope Solutions Provider accolade.

David Ritchie, CEO at CMS Window Systems, said: “This year is set to be even more exciting as we introduce new products and expand our customer base, while continuing our excellent progress towards our zero carbon target.”