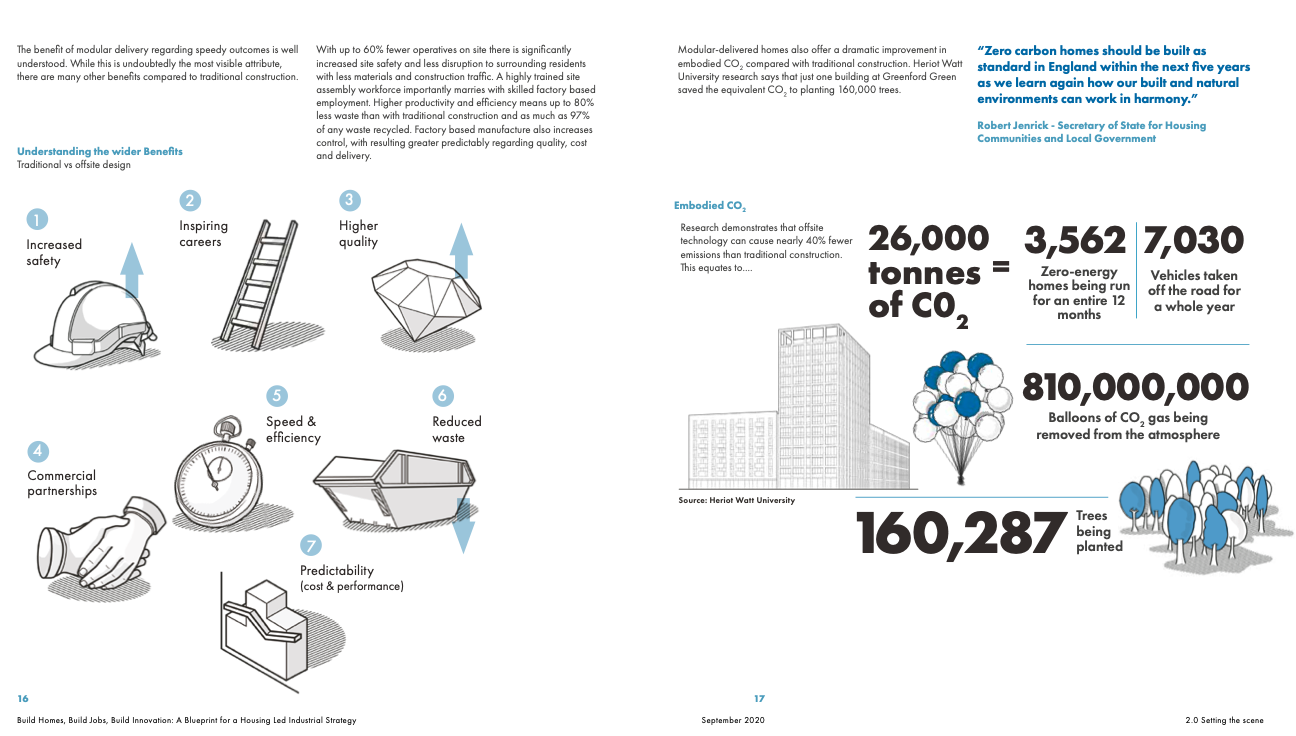 Modular construction could provide up to a quarter of all new homes, according to a new policy paper.

The paper is co-authored by Mark Farmer, who was appointed government champion of modern methods of construction last year.

“Modular manufacturing is the single biggest gamechanger when it comes to building more homes,” Mark said.

“Increasing modular delivery into the market will also enable a new generation of innovators from SMEs to large UK and international businesses investing and operating in the UK, offering more choice to home buyers and renters.”

The paper estimates this would create up to 50,000 jobs and reduce carbon emissions from new homes by 40%.

It is believed to have been well-received by Number 10’s policy unit with Nicholas Boys Smith, co-chair of the government’s Building Better Building Beautiful Commission, having written the forward.

The government hopes if it backs factory-built new homes for rent or part-ownership, this would help the country’s housing market overcome the economic downturn next year.

However, the National Federation of Builders housing and planning policy head Rico Wojtulewicz said he wants the government to concentrate on “all types” of modern methods of construction, not just building houses in factories.

“This is because 99% of the industry is small and medium-sized businesses who have not been invited into the offsite challenge, because there is no industry standardisation on materials and quality, and because maintenance remains a challenge,” he said.

Brokers Hank Zarihs Associates said property development lenders would be keen to see regular inspections of factories. This is because during much of the development period the value lies in the components where movement and storage of parts involve some risks.

There are some fears among bank credit committees about how to recover money if a factory goes bankrupt between producing the units and delivering them on site.

The government has a target of building 300,000 homes a year in England within the next five years. Fewer than 3,500 of the 241,000 homes built last year were constructed off-site, according to the paper.