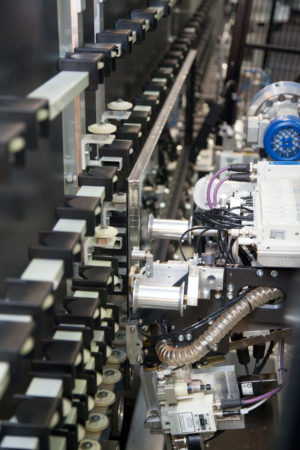 Interest in automation among British IGU manufacturers is higher than ever, according to Edgetech.

Over the last two years, British fenestration has experienced incredible success despite the pandemic.

However, during the last six months in particular, it’s also begun to face huge challenges, most notably when it comes to materials and skills.

It’s these issues in particular that Edgetech believes are driving more IGU manufacturers towards automation.

Managing director, Chris Alderson, said: “A third of British workers are over 50 years old, it’s thought as many as 1.3 million EU workers have left the country since Brexit, and the scarcity of skilled workers is already leading to wage inflation.

“Unsurprisingly, this has led to more and more IGU manufacturers contacting us to enquire about automating the spacer application process.

“By far, automation is the best long-term strategy for boosting productivity and improving quality in IGU production,” he continued.

“Switching to a high-speed automated Super Spacer line can yield savings of up to £180,000, and increase output by 18%, all while requiring less than half the number of operators.

“Given the pressures every manufacturing business faces when it comes to skills, and that will only increase in the months and years ahead, I think it’s inevitable that automation will become a much bigger part not just of our industry, but virtually every sector of the economy”.