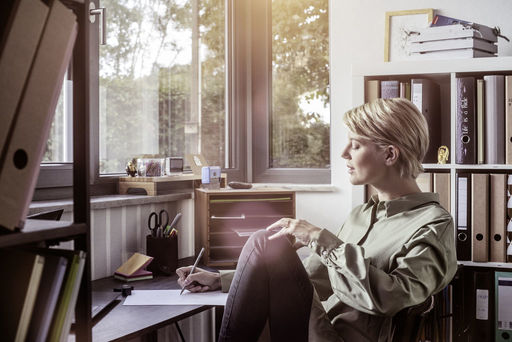 The average worker gets just 22 minutes of natural daylight per day, according to new research commissioned by Rehau.

The survey of 2,000 remote workers Rehau explored the issues that consumers face when working from home, and as part of a wider strategy to build brand awareness for its trade customers.

The study found that three in 10 grumble they have no natural light over their working area, with 36% saying it definitely contributes to a lack of motivation. So far, the campaign has grabbed the attention of a number of national newspapers including The Sun and The Express.

When working from home, one fifth of respondents said they would move their working area adjacent to a window, with 65% convinced this affects their productivity. With trends over the past 12 months highlighting a significant rise in home renovations, the search for natural light creates opportunity for the window trade, Rehau said.

Stephen Beresford, head of marketing and communications at Rehau Windows, said: “The pursuit of more natural light presents renewed prospects for the fenestration industry as it means more focus will inevitably be placed on their windows and doors.”

Despite having worked from home for 12 months, 61% of those who completed the survey expressed that they still consider the environment to be temporary.

“Remote working is expected to continue to some degree for the foreseeable future, and in many cases a new way of flexible working will be adopted by many businesses, so those temporary spaces will likely need to turn into permanent fixtures,” Stephen said. “We expect home investments to continue, with windows and doors playing a key role.”

Why not subscribe to Glass Times?
Previous Market confidence driving investment Next Big things predicted for 2021