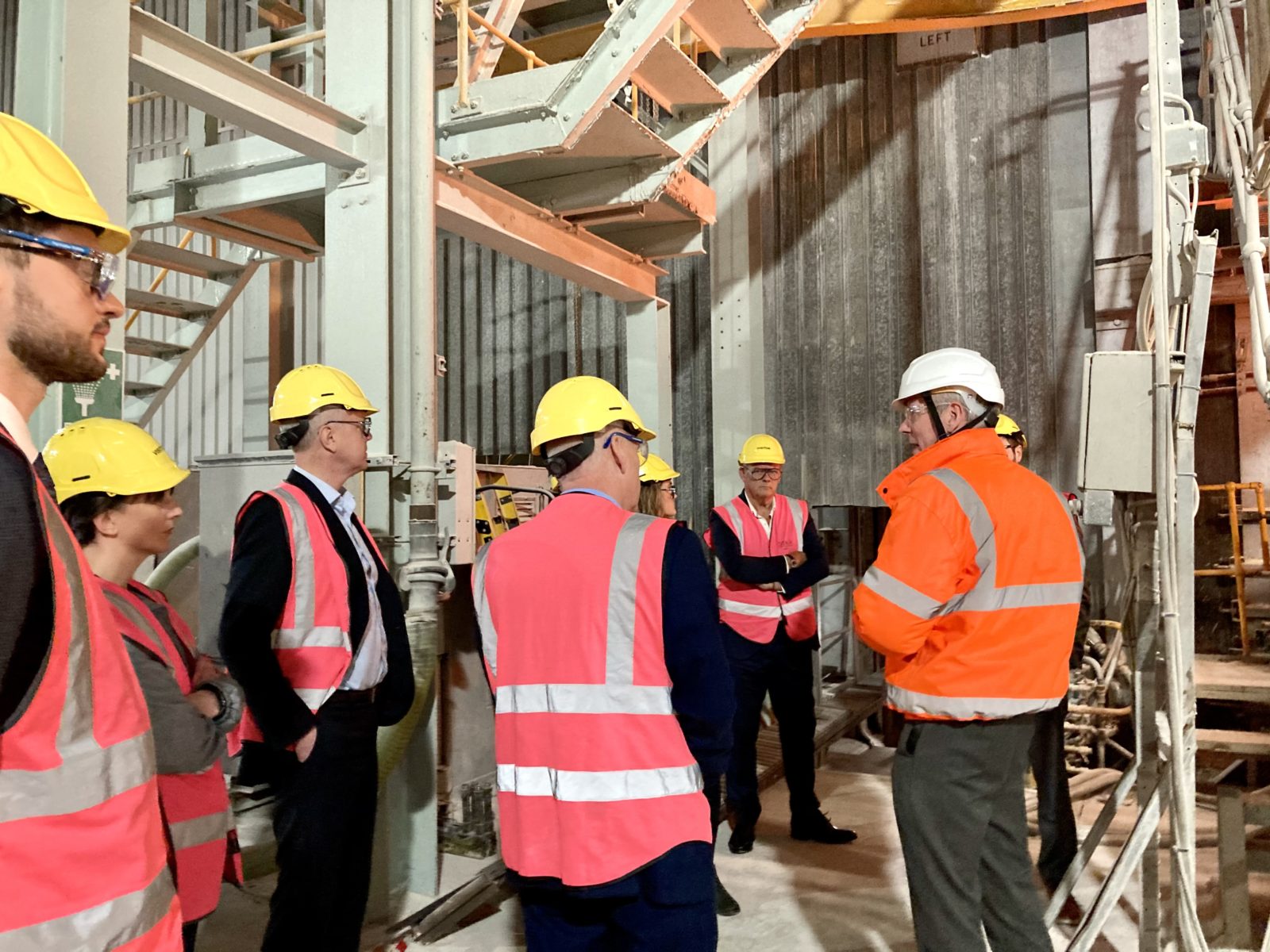 Leaders gathered at Pilkington UK in St Helens recently to drive the conversation around hydrogen, which marked the north west ‘stop’ on the Decarbonised Glass Alliance’s (DGA) Hydrogen Roadshow.

In time for the roadshow, Pilkington UK has just completed a project using a blend of hydrogen with natural gas in the furnace, running for a full five-day period.

The demonstration proved that the full furnace could be run safely on the hydrogen blend, without compromising on quality standards or operational performance. Each day during the trial, two tonnes of hydrogen were consumed, which could have provided an equivalent hydrogen blend to approximately 30,000 average-sized homes.

This new demonstration follows on from the news that Pilkington achieved a global first by firing 100% hydrogen in part of the furnace in August.

The event marked the latest leg of a UK-wide roadshow, demonstrating the role that hydrogen will play in helping meet the UK’s target of net zero carbon emissions by 2050. Launched in Westminster on October 18, the national tour, led by the DGA, ran until October 27, ending the weekend before the UN Climate Change Conference (COP26) in Glasgow.

Matt Buckley, managing director of Pilkington UK, said: “We are proud to sit at the forefront of hydrogen innovation in the glass industry. Our team’s collaborations with HyNet and HyDeploy are enabling huge steps forward to be taken, as we work towards the decarbonisation of our activities.

“Both trials have successfully demonstrated that it is possible to use hydrogen to safely and effectively fire a float glass plant. We now look forward to HyNet being fully up and running from 2025 in order to turn these demonstrations into reality.”

HyNet’s project director David Parkin said: “HyNet will bring employment and economic growth to the north west region, kick-starting a low carbon hydrogen economy. We are focused on reducing emissions and protecting the north west’s existing 340,000 manufacturing jobs and creating over 6,000 new, permanent jobs, setting the region on course to be the world leader in clean energy innovation.”