Smart products or a smart home 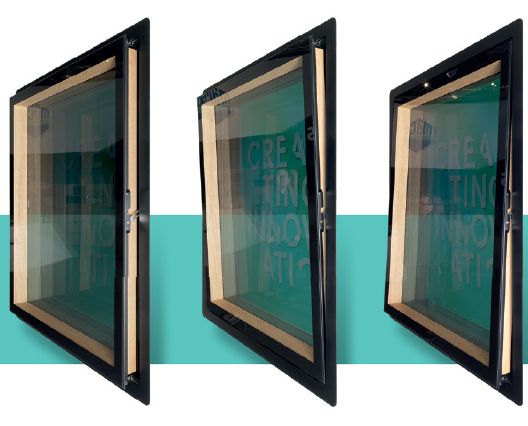 Smart technology has captured the UK fenestration industry within the last 12 months. The rise in sensor technology has certainly increased with multiple offerings on the market and many more to come that can be integrated during fabrication or installed later by the property owner.

However, should smart windows and doors be considered an integral part of a building to make a smarter home, and not just semi smart windows or doors on their own that simply monitor and report on the function of the window, eg, open or closed? Has the conventional window, even in its fabrication, reached its limit?

At Maco we are looking at the complete integration of a window, door or patio system into the smart home environment. An example of this was shown at FIT Show 2019 in the Maco Window Of The Future, which completely re-designs the window. From the number of parts to the way it moves, operates and reacts is like nothing else. Developed by Maco, working in conjunction with the Swiss Building Council, to develop a window that can independently react to the outside environment, especially when in noisy areas such as near an airport.

The challenge was to develop a window that could react via sensor control to environmental influences and open and close on its own. So, in this particular scenario: to automatically close the windows as silently as possible when an aircraft approaches, and reopen when the noise level has dropped to a normal level again.

We developed this further so that it not only reacts with sound but also temperature changes and changeable weather conditions. It does this smartly, independently, silently, and quickly. To do this with the current window hardware was impossible so Maco redeveloped the hardware that is unrecognisable to that what we see today.

The hardware was reduced to just three self-sufficient modules, which can achieve almost every opening position possible: open completely, tilt up or down, or open in parallel. These can be placed on the left and right at will, only the hinge side elements need to be fixed on one side.

Just like with Maco’s door study, this allows for unlimited design possibilities and complete freedom of design of the window. This drastic reduction in hardware takes production and logistics in window production to a whole new level; simple, faster, slimmer.

This Window Concept, which will become reality, is on the same innovation road map our Door of the future was on. The Door will be launched at Fensterbau Frontale in 2020 and is set to rethink and reimagine door hardware and operation. Smart windows and doors should be much more than just a monitoring system but a complete smart solution that integrates and benefits the entire home.

For those who want smart monitoring, Maco wireless mTronic sensors can be combined within the window, working on the low energy wireless EnOcean platform, battery life is approximately 10 years. Maco has a second version in development, which will be battery-free using the EnOcean energy harvesting technology.

mTronic not only gives you status and alarm monitoring but can be connected with other smart home components such as heating. For example, when you open your windows your heating within that room can automatically be switched off saving on costs and energy.

To Maco, smart building components should be supplied on an open platform. Maco works with smart home providers such as Homee, Eltako, Mediola, Afriso and Somfy allowing for systems to be easily expanded with additional components. Leaders in this field, such as Somfy, have already opened up their systems and are integrating other wireless systems.

Maco and Somfy are now integrated so that not only can you monitor the status of your windows and doors but you can also unlock and open your front door, patio systems and windows, as well as close you curtains that can automatically turn on your lights, control your heating systems, open powered gates and garage doors, and many more functions all through a single app.

Why not subscribe to Glass Times?
Previous Investing in smart technology Next Making the right smart tech choice