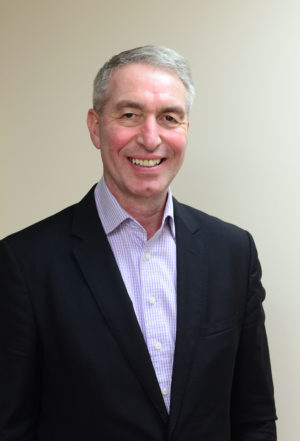 The association’s first physical members’ meeting since lockdown, recently took place at the Arden Hotel and Leisure Club in Solihull.

The event was well attended and included members who joined the meeting online. The event allowed all attending members to be in full communication while sharing screen presentations and important technical discussions.

Despite the pandemic, growth of Qualicoat UK and Ireland continues as specifications for the Qualicoat architectural powder coating standard increase. Currently, the association has 18 powder coating members, and two new members that have undertaken plant and process inspections should join by the end of the year, and will soon be announced as a Qualicoat licence holders.

A further five companies, three independent coaters, and two in-house coating facilities have undertaken plant inspections and are now undertaking process inspection. They should join in the new year. The new members will see the availability of the Qualicoat standard increase to 25 coating companies, which is an almost 40% increase within a year.

Powder coating has proven, through testing, not to contribute towards the surface speed of flame for external envelopes, within a recognised ‘A2-s1,d0’ classification under BS EN 13501-1. A maximum average coating thickness should be specified by the powder manufacturer, and this may vary from colour to colour depending upon the organic chemical content of the formulation.

The Qualicoat specification has received an update confirming that all powder manufacturers products must meet the A2-s1,d0 classification when coated to specified thicknesses. This update will be effective from the beginning of 2022.

In the UK and Ireland these biannual unannounced inspections are carried out  by independent test house IFO, which is based in the Netherlands. Since the pandemic, lockdown inspections have continued unabated by virtual means, but the second half of the inspections this year have been undertaken by unannounced physical visits.

At the members’ meeting it was confirmed that the second round of visits would be completed by the end of November. A failure to comply with the Qualicoat standard could mean the withdrawal of a member’s Qualicoat licence.

As part of the quality inspections process, coating members’ lab technicians must attend a day’s training conducted by IFO at least once every two years. This ensures that the most up-to-date Qualicoat specification for process testing and recording is maintained. This year’s virtual training day was held in late October.

Members of Qualicoat include the supply chain pretreatment system suppliers, and the powder manufacturers, coating members must use products from these members. It was announced at the meeting that Qualicoat licensed powder manufacturer inspections would reduce from five years to three years, and that the Powders Working Group is currently reviewing the conformities required for the more regular inspections.

Qualicoat celebrates its 35th anniversary this year with a virtual congress held on the November 17, and Qualicoat UK and Ireland is looking to hold a conference in London in 2022 for all specifiers of architectural powder coating.

The global Qualicoat standard continues to be incrementally revised with update sheets and a reprint of the standard every year. The standard is freely available for download at www.qualicoat.net.

Why not subscribe to Glass Times?
Previous The industry at its best Next The keys to quicker quoting