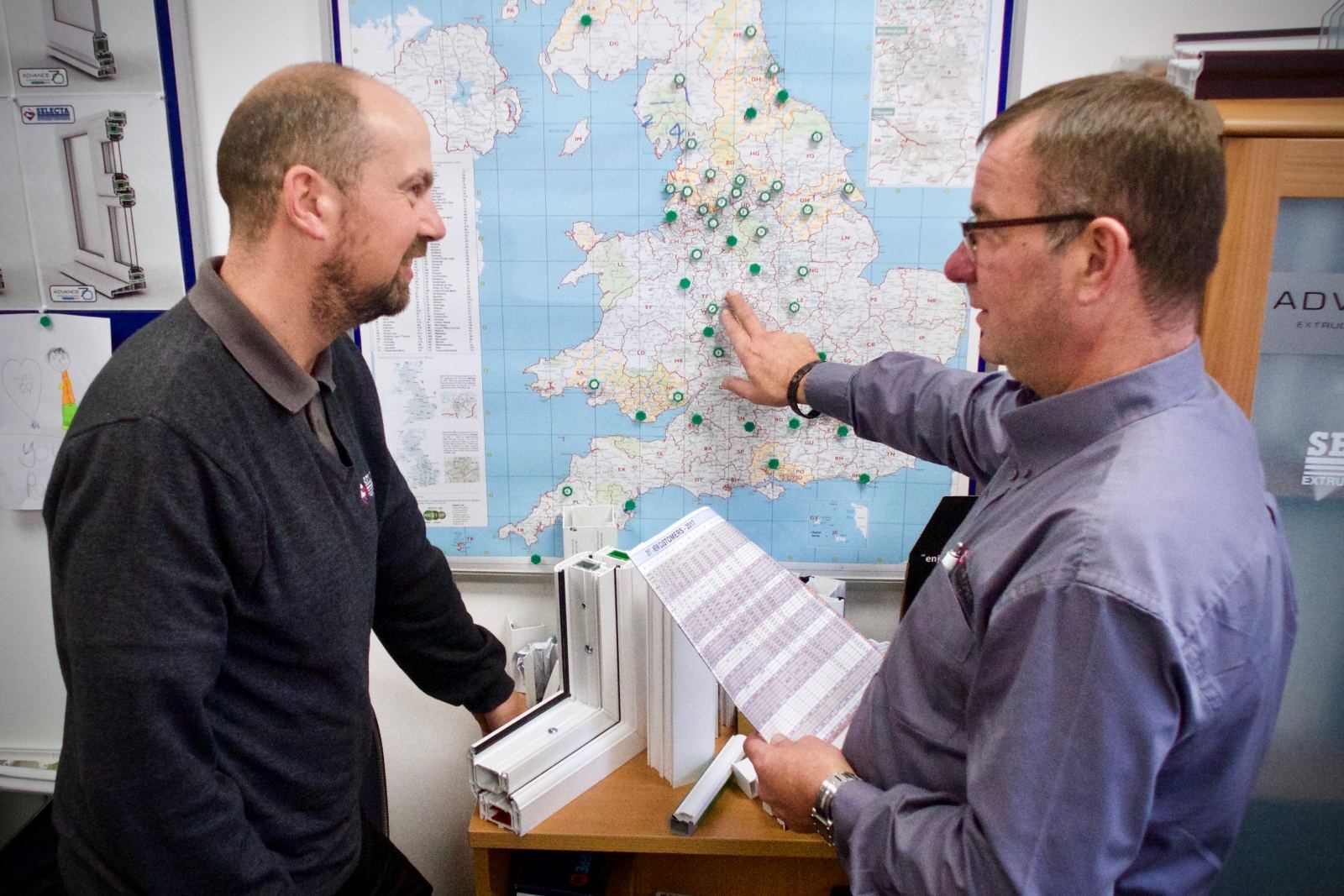 18 months ago, Selecta embarked on an ambitious new strategy to revitalise the company’s brand and attract new customers. Glass Times editor Nathan Bushell visited sales director Andy Green to find out if it had worked.

On balance, it’s probably not a great time to be a PVCU systems company, especially when you compare it to what life used to be like for those at the top of the glass and glazing food chain.

Today, the pressure comes from all sides: reduced fabricator numbers, as they cease trading or are acquired by larger competitors; greater interest in other profile material, such as aluminium and timber; and increased raw material costs, with little opportunity to pass those costs on to customers.

Despite that, when Glass Times met Andy Green, sales director of Selecta, the conversation jumped straight into how the company was looking to expand all areas of the business, with particular targets for investment including extrusion, transport and logistics.

“We have had 45 new fabricators come on board since the start of the year,” Andy said. “At one point during the year we were working with a list of 90 potential conversions, which was such a jump from what we were used to that we had to change the way we worked.”

Glass Times was given sight of this fabricator list, and it represented companies from across the UK and from a number of competing systems companies. This in itself challenged the preconception that Selecta was a firm that typically supplied small fabricators in and around Birmingham.

“People are buying into Selecta’s vision,” Andy said. “The perception of Selecta was misguided in previous years – those outside of a closed group around Selecta were not aware of what we were about.

“Over the last 18 months the drive behind Selecta has been about changing that perception – and the result has been something of a renaissance, a real breath of fresh air.”

Andy said that some systems companies had given up on trying to win new business, and were instead concentrating on just trying to grow the business of existing customers.

“We are definitely trying to attract new customers,” Andy said, “while looking after the needs of the fabricators we already serve.

“This is why we are putting a large investment back into the business – all self-funded, and with no external investment. This will include new tooling, extrusion plant and a brand-new chiller system – this is a vital part of the extrusion process and helps to give a better finish to the profile.

“We are also expanding our fleet of delivery trucks – on top of the ones we bought earlier in the year. And we are in the process of increasing the technical and sales teams – it’s important that we can handle the increase in business.”

It’s Andy’s belief that some systems companies in the UK don’t treat their customers very well, which prompted Selecta to invite potential new customers to the extrusion plant in Great Barr to see the set up for themselves.

“All of those who have visited us have been impressed with the size of the business, the state-of-the-art extrusion plant, the business structure, and the overall friendly feel of the team,” Andy said. “It goes back to the idea that people have a misconception about Selecta, so we want to simply lift the lid on the operation here; we want to be completely transparent.”

All in all, this has resulted in an uptick in sales for Selecta, at a time when overall sales in the industry are down. The new business puts Selecta in a very encouraging and progressive position moving in to 2018.

Therefore, not only is Selecta challenging the preconceptions people hold of itself, but also that there is still life in PVCU profile extrusion yet.