Future homes on the record 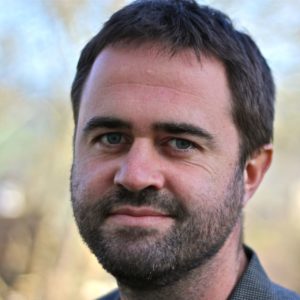 Yesterday, I attended my very first podcast recording. I was there mostly to report, but I still threw in my observations.

It was organised by Aluk, and hosted at its design studio in London, situated between Moorgate and Old Street tube stations. The purpose of the podcast was to generate an informed discussion about the proposed reductions in U-values for windows and doors, in both newbuild and existing homes; down to 0.8W/m2K and 1.4W/m2K respectively.

Here is an example of the sort of questions that were asked: do you think it will mean an inevitable shift towards triple glazing in the UK?; if triple glazing does become ‘standard’, is the industry prepared for that?; what would that mean for the glass industry in particular?; and, how would it impact on product design, on hardware, fabrication and installation?

It was a frank, open and informative discussion, with representatives from hardware suppliers, glass manufacturers, fabricators, building control, architects and the GGF. There were also one or two disagreements, and I think it will make for a fascinating podcast. Once it is posted, I will point you in the right direction, and I will summarise some of the discussions in the November of the magazine.

However, one point that came up time and time again was the issue of cost, and who will ultimately bear this. There was a unanimous agreement that it will have to be the homeowner, since there will be additional costs to innovation, triple glazing, new hardware, and more onerous inspections. However, there was still a communication problem between industry and consumers, and overcoming this would make the transition to more energy efficient buildings easier.

Also, are we ultimately flogging a dead horse when it comes to retrofitting old buildings?

All parties were confident that the targets were achievable, but it would require collaboration within the industry, and that windows and doors had to viewed as part of a total envelope.

Why not subscribe to Glass Times?
Previous Ads are not the only marketing messages Next October 2021 - CRL Brooklyn