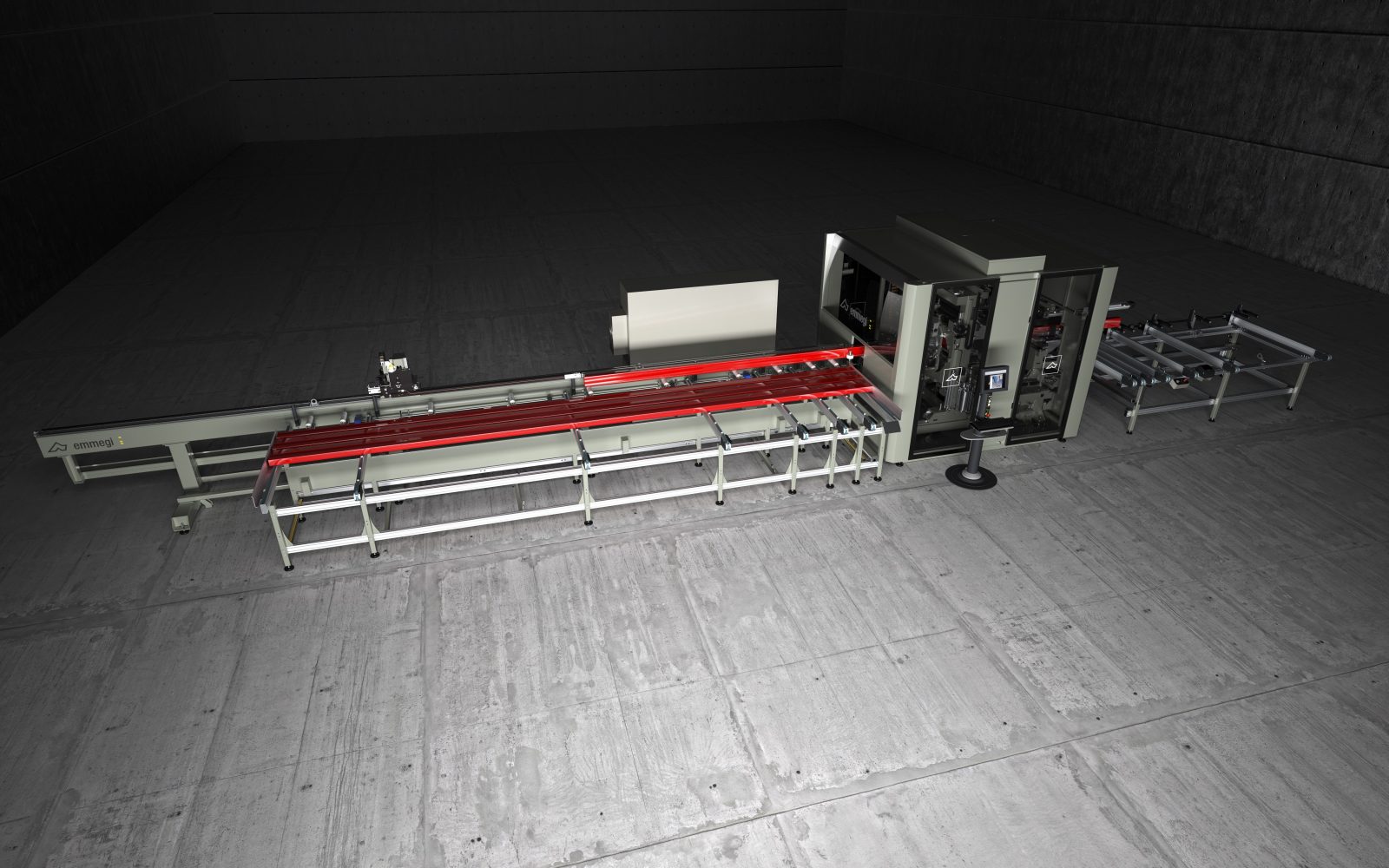 Emmegi has launched a new L3 20-axis version of its flagship Quadra machining centre which, like all the models in the range, can cut, drill and machine aluminium and light alloys all in one single operation.

It sits alongside the existing Emmegi Quadra L0, L1 and L2 models, which have already been installed at some of the UK and Ireland’s leading fabricators including Duggans, Everglade, Express Bi-Folds, Newbury, TWR and Unique Window Systems

What distinguishes this new L3 model is a secondary module equipped with a dual drilling unit, which can also mill, drill and tap at the ends of profile if required.

The new L3 adds an automatic push feed and ejector system which works with different profiles of up to 7,500mm, automatically transferring each machined segment from the cutting unit to the unloading magazine and synchronising the pick-up of the next.

A new turntable and disengagement system on the machine also allows up to six air-cooled electrospindles to operate on four axes at the same time (X,Y,Z and A) which increases its speed.

As with the rest of the models in the Quadra range, all cutting, milling and drilling on the L3 are located in the central, soundproofed enclosure which ensures that it is a safe and user-friendly option even for a relatively unskilled workforce.

Ian Latimer, Emmegi (UK)’s managing director, said: “All of the Quadra models are capable of outputting the profile for hundreds of windows a week. They have little or no profile related tooling and minimal changeover time which makes them increasingly popular with companies who fabricate in several different systems. Emmegi is constantly refining and expanding its entire product range so we really do have a machine for every application and this new L3 adds some significant new features for customers producing specialist elements.” 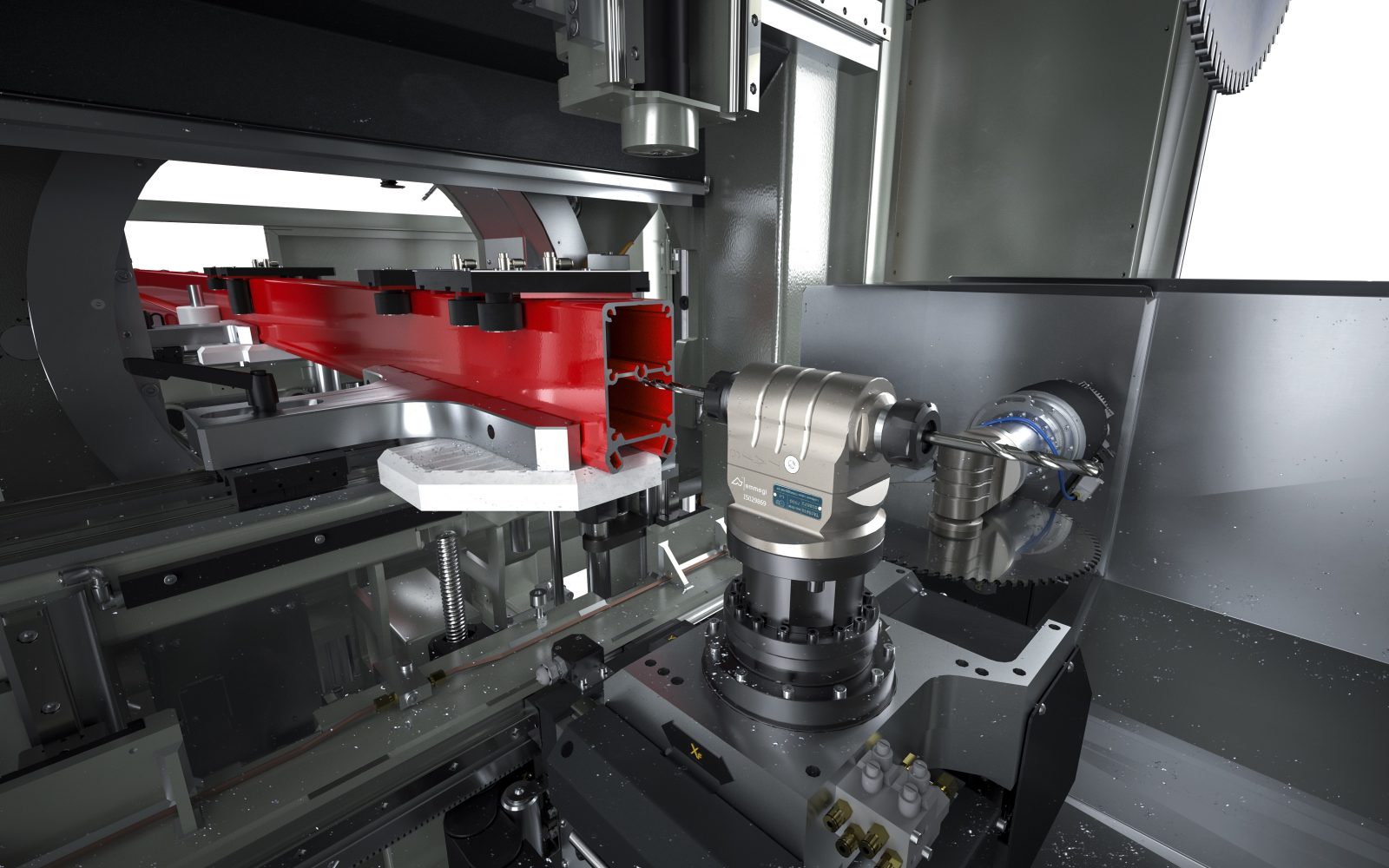