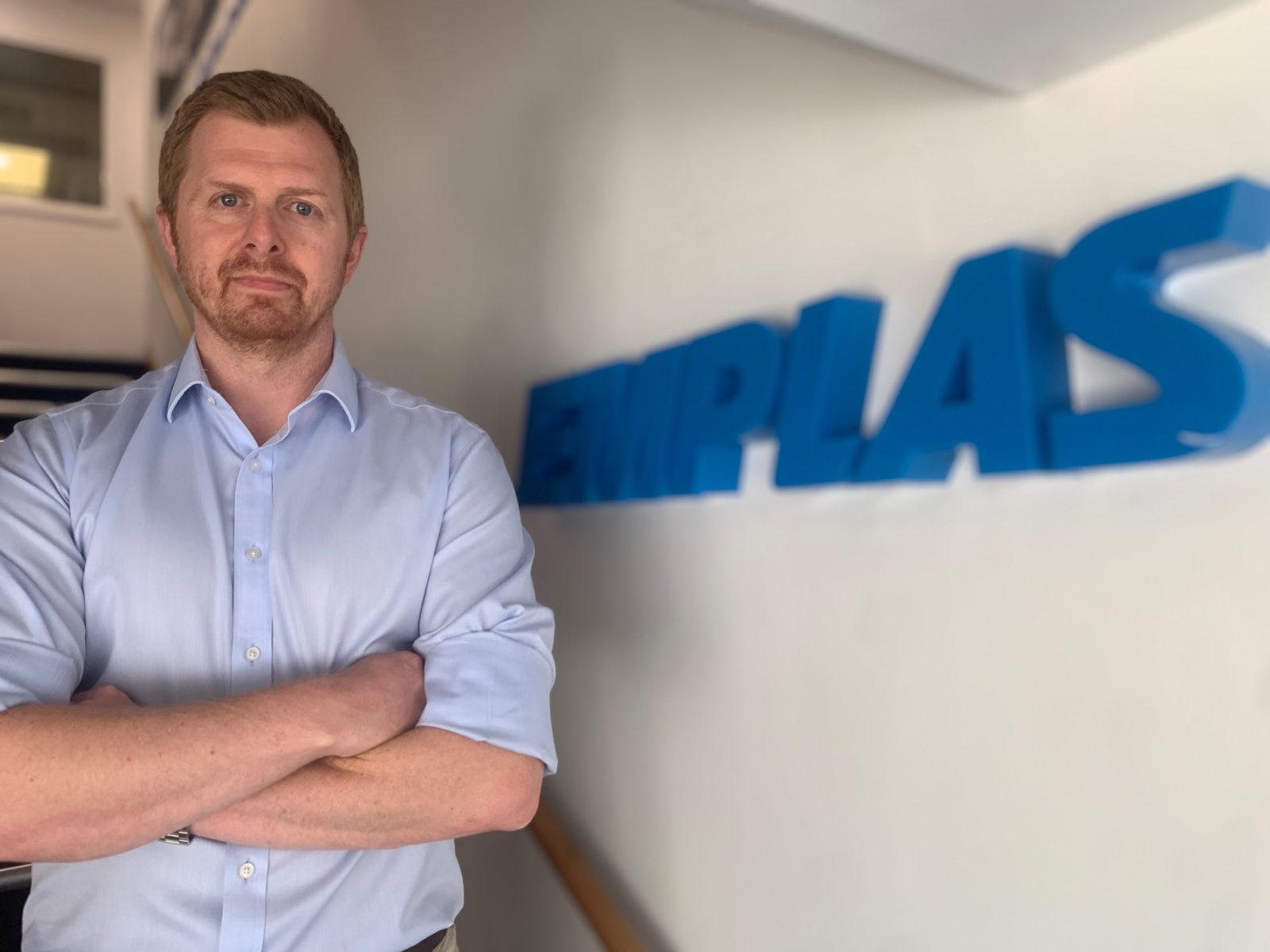 Jody Vincent, sales director at Emplas, asks: will the exponential demand seen for new windows and doors continue into 2021?

The stakes going into the end of this year are high as Covid-19 continues to drive unprecedented uncertainty – economically as well as socially.

It has also driven exponential growth in the UK window and door industry, to the point where the supply chain has creaked under the pressure.

If anything, this year has shown us to expect the unexpected. No one would have called the boom that we’re in, in March. We hoped for some sort of recovery, but expected nothing on the scale that we’ve seen.

And as a direct consequence of that, while some form of disruption to supply was probably on the cards because of Covid disruption and shutdowns in March and April, the challenge that we have seen was unexpected and significant.

It means you need to be brave to make a definitive call on the shape of things over the next six months, but there are some clear influences, the impact of which, we can consider now.

Supply chain disruption summer and autumn 2020. It’s reasonable to assume that the delays in supply of some products, particularly foils, will mean that installers will remain busy into the end of the year. The work has been secured, the deposits are there, but the foils haven’t been available. So, installations have been pushed back.

Installers working to order books of 12 or more weeks at the end of the summer isn’t unusual and that work is going to take some getting through. Even taken in isolation, without new work feeding in, that would see the industry through to December.

Green Homes Grant scheme. While we believe that it will generate some demand, particularly for doors, the Green Homes Grant scheme has had a bigger impact on what it hasn’t delivered. The government has now published its criteria for grant applications, and it reaffirms what we’ve known for some time: that very few homeowners and very few properties will qualify. This should lead a limited number of homeowners, who had put projects on hold, to continue with their plans.

Furlough. Furlough comes to its end at the end of October, which has been accompanied by warnings of a spike in unemployment that could take the overall rate above 10% by the end of the year. If so, it’s going to make things difficult for a lot of people.

That doesn’t necessarily mean the full force of that impact will be felt by the window and door industry; the biggest losers by far have been leisure, hospitality and retail. These sectors are dominated by lower value jobs, often employing younger people and migrant workers, not typical target audiences for the window and door industry. We will feel an impact but not a catastrophic one.

Housing market. This is going to be the biggest single influence on our fortunes in the coming year.

According to Nationwide, growth hit 2% month-on-month in August, contributing to annual inflation of 3.7%, reversing losses in April and May. Halifax said the increase was even greater, with a 5% jump bringing average house prices to a record high of £245,747.

Will this continue after March 2020 when the scheme ends? It’s a difficult call. Some form of a slowdown is forecast, but we won’t necessarily feel the effects until much later in the year.

We’d argue increased activity in the housing market now and up until March at the very least will contribute to increased demand early next year from those people who move this side of Christmas. If those rates of activity continue up to March, those that move early next year should create additional demand through to the early part of the summer.

It’s also worth highlighting the shift away from cities, particularly London, contributing to localised booms in rural and semi-rural locations.

Forecasts for Q3 an Q4 next year are more difficult to make and will be defined by the speed and rate of the UK’s recovery from Covid-19. However, it is worth pointing out that the Bank of England base rate is currently at a historic low of 0.1% and expected to remain there through to 2022.

This has led property specialist Savills to forecast longer term growth in house prices, through to 2024, of 15.1%.

And with travel restrictions in some form still likely to be in place next summer, deposits saved for holidays could also be diverted to home improvements.

As we know nothing is certain but short term, things at the very least point to continuing demand through winter and into spring, driven by movement in the housing sector.

Hard Brexit? The UK’s future relationship with Europe (and the rest of the world) will have an obvious impact for better or worse on the UK economy. The line in the sand the government has drawn is October 15, by which time Boris Johnson has said the UK and Europe must agree terms of a new deal.

If this doesn’t happen, and (with the UK currently introducing legislation to tear up parts of the EU Withdrawal Agreement) it doesn’t look likely that it will, the UK could default to WTO terms from January 1, 2021.

That means tariffs: ours on European goods and Europe’s on ours. With 46% of UK exports going to Europe, this is something that economists warn would slow the UK’s economic recovery from Covid-19.

Getting your head around all of that and making an accurate prediction, while still accounting for the potential impact of a possible second wave, is exceptionally difficult.

There are clear positives in the housing market, which combined with the work pushed down the road because of issues in supply would, on paper, see us through to the early summer.

The UK is forecast to see sustained recovery throughout 2021, although that may be slowed by a hard Brexit.

Whatever the outcome, we continue to invest in our teams, our manufacturing facility, our product, and customer support offer for the long-term.

Consolidation and volatility were part of the window and door industry before lockdown. We can be certain that if nothing else, Covid-19 has made it more likely.

As an independently owned business, we remain committed to the window and door industry now, and into the future. 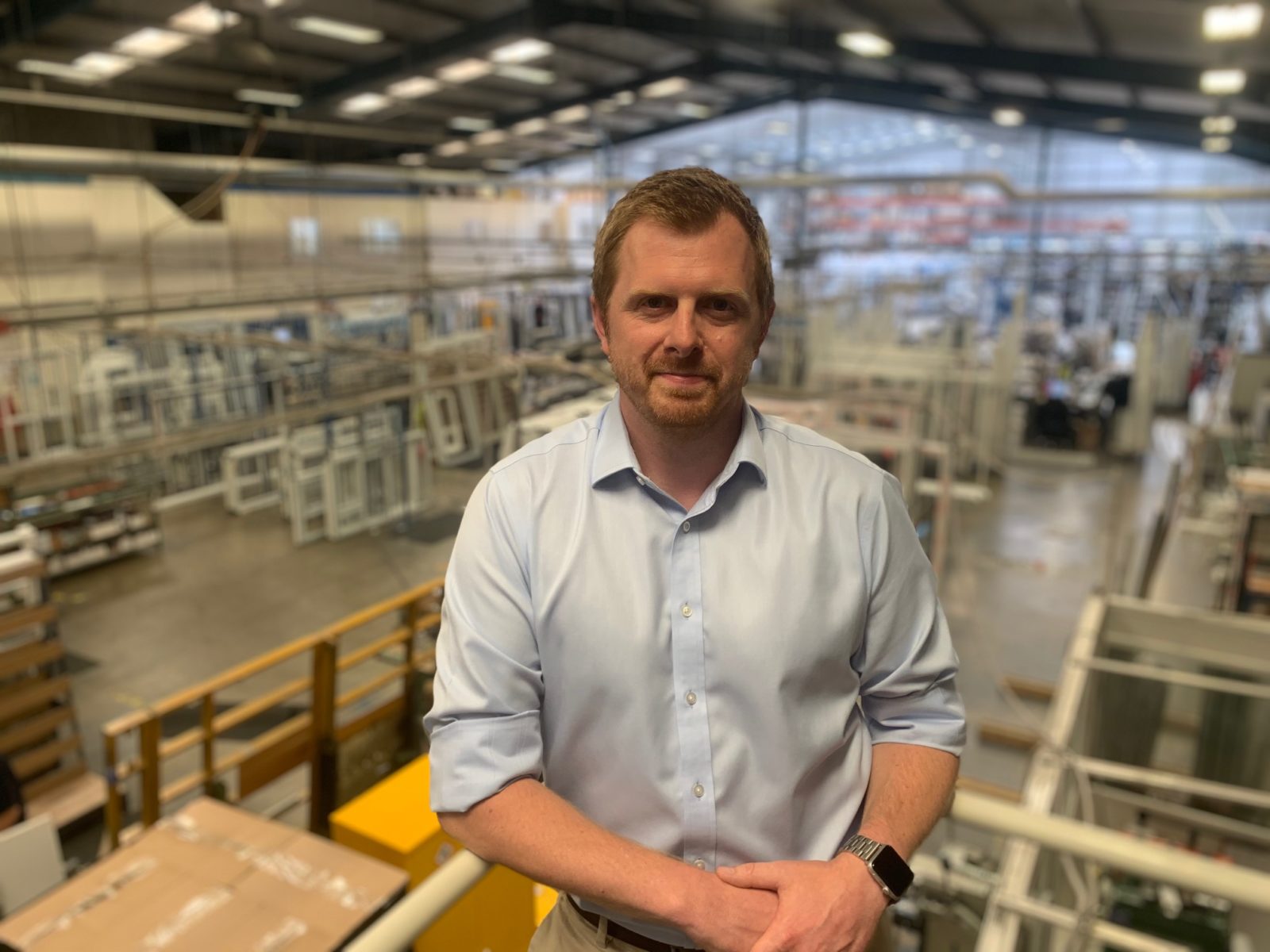 Why not subscribe to Glass Times?
Previous Working through the next six months, and beyond Next Relevant training