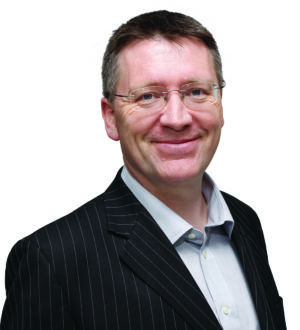 David Leng has stepped down as CEO of Customade Group, following a turbulent year in which the company received criticism after its pre-pack administration.

At the end of June 2020, Customade Group was bought out of administration by European private equity fund Nimbus, together with its financing source MidCap Financial.

Many took to social media to express frustration at the lack of official information, and concern that many suppliers will be left out of pocket. Companies also shared details of the new Customade company chasing debts owed to the old company, and threatening to withhold warranties from customers that didn’t agree to similar levels of business following the insolvency.

Polyframe Halifax and Polyframe Livingston did not reopen, and Veka refused to supply the new group. Other companies followed suit.

Glen Sabin is expected to take the reins until a successor is appointed.

In a press release that was published on LinkedIn after he decided to step down as CEO, David said: “As we come out of lockdown Customade Group is in good financial shape. Faced with the need for cash to restart the business after Covid, we had to restructure the business. After a huge refinancing process, when we reviewed all the options, we decided that Nimbus were the best choice to take the business forward.

“We restarted the business with real enthusiasm and support, and I am delighted with the progress we have made given how difficult industry supply has been in these unusual times.

“We have moved factories, expanded capacity at every factory, opened new Stevenswood depots and closed some poor depots, hired new transport fleets, upgraded our IT systems, built new websites, launched new products, and improved both our quality and on time in full performance. How we measure our service performance is improving all the time. We now have a best-in-class credit control system and the business is in a good cash position.

“As a result of all this hard work our customers and suppliers have remained loyal to us and we have a full order book. We are grateful to them all for their continued support.”

According to the information released to the industry, David made the decision to step down as CEO, but will remain a shareholder.