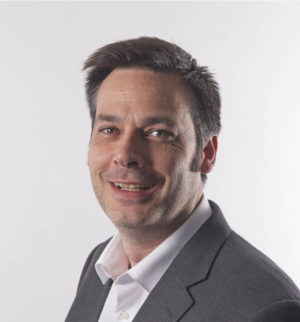 Various impacts from the inquiry into the Grenfell Tower fire disaster of June 14, 2017 where 72 people died and a further 74 were hospitalised, are beginning to make themselves felt in the construction sector as the various responsible bodies set about implementation of the recommendations from the inquiry’s report and Dame Judith Hackitt’s subsequent review of the Building Regulations and fire safety.

One of the key recommendations states the requirement for “a package of regulations and guidance that is simpler to navigate but that genuinely reflects the level of complexity of the building work. This new approach will reinforce the concept of delivering building safety as a system rather than by considering a series of competing or isolated objectives.”

Much has been reported about the role of fire doors and the failure of certain doors to perform to the required standards, but fire safety and security in dwellings is currently covered by two separate, and in some ways competing, Building Regulation approved documents.

The requirements for doors to provide both security in everyday life and safety in the event of fire can actually work against each other. A high security door with multiple locks could well slow down any attempt to open it and escape in the event of a fire. There is no hierarchy of priority for the approved documents so the correct course of action in terms of specification is a question of interpretation. Arguably any statutory regulation that becomes a matter of interpretation is deeply flawed.

As a result, the official police security initiative Secured By Design has updated and amended its approval criteria and has introduced ‘Dual Certification’ as a requirement for SBD approval. Given that many projects now look for SBD approval rather than the mandatory minimum requirement of Building Regulations compliance this will inevitably impact significantly on the door sector.

To achieve SBD accreditation, products will need to be covered for both security and fire performance within a single technical schedule from an independent UK accreditation service.

While SBD is voluntary, it is, however, becoming the accepted standard. The scheme has been successful in reducing burglaries, in many cases by around 80%. Having adopted Secured By Design, local authorities have seen crime displaced to neighbouring areas and this in turn has prompted those councils to embrace the scheme.

As a result, while dual certification is not a legal requirement, it is increasingly becoming a practical requirement and something of a necessity. Door suppliers that do not avail themselves of Secured By Design membership and approval by way of dual certification will almost certainly find it increasingly difficult to win business from local authorities, housing associations and housebuilders.

Why not subscribe to Glass Times?
Previous A welcome return to the office? Next On-hand support and guidance