Are smaller fabricators being left behind by innovation?

Home Featured Articles Are smaller fabricators being left behind by innovation? 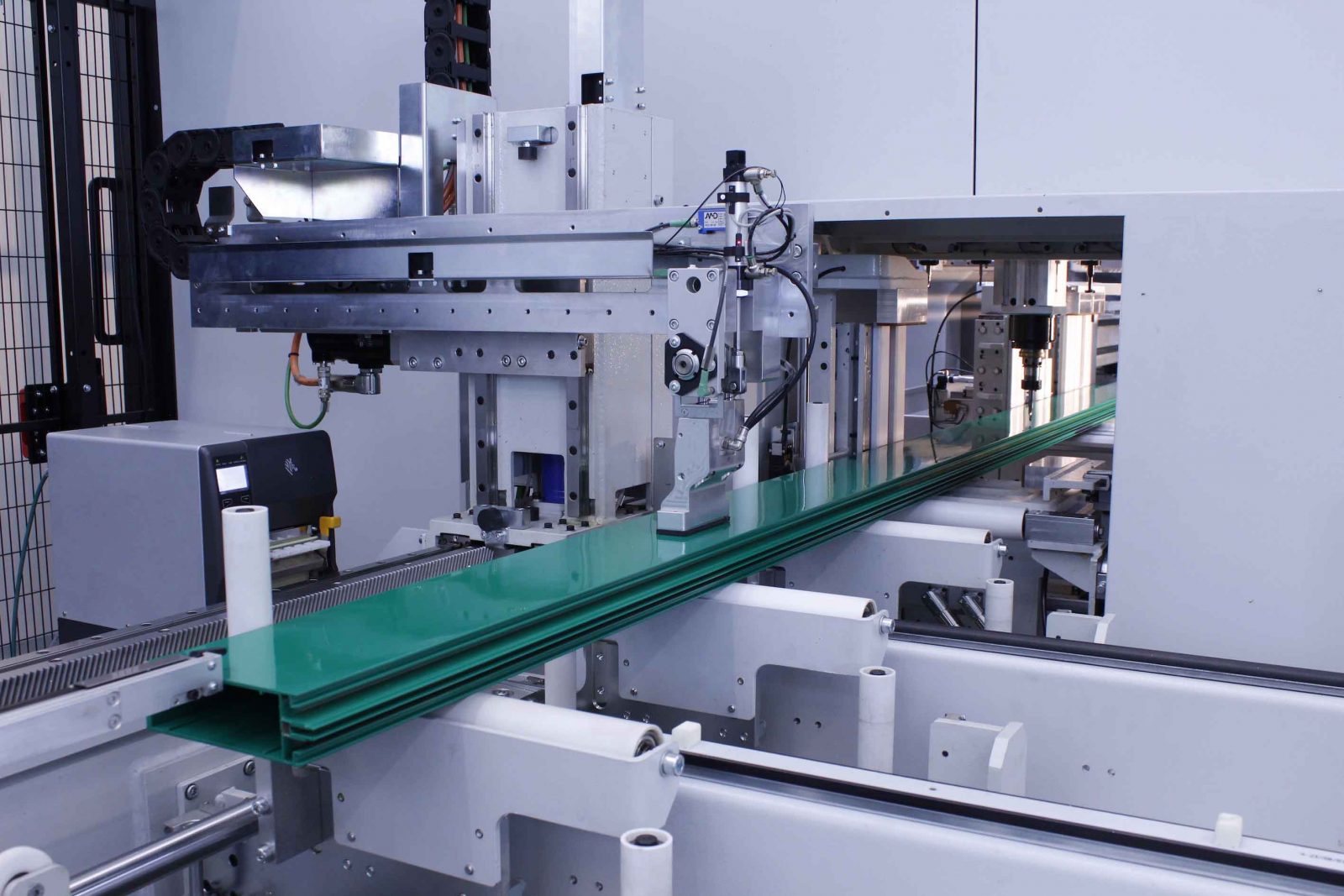 Promac’s Joe Hague asks if the growing influence and increasing automation introduced by large fabricators mean that the writing is on the wall for small and medium-sized manufacturers.

Consolidation goes hand-in-hand with market maturity and the list of acquisitions and mergers in the glass processing and fabrication sector is long. This has done two things: it’s created new and larger groups; and it’s triggered a response from larger fabricators and IGU manufacturers. The net effect is that both have invested in machinery.

What these manufacturers share, regardless of sector, is a focus on a high degree of automation as a foundation for efficiency and improved product quality and service offer. With high speed lines manufacturing IGUs every 15 to 20 seconds, the impact on the glass processing sector is particularly acute, with the market increasingly dominated by a handful of big players focused on volume manufacture.

In PVCU fabrication the landscape is more complex but the same rules apply. Larger fabricators are investing; it’s about large-scale spends on increasing automation of process but also offer.

The list of manufacturers with high-precision, high volume machinery in their arsenal is growing; we have reported continuing sales of our SL4FF Seamless Welder – an innovation we believe has single-handedly driven the direction of the PVCU market more than any other.

There’s also been a shift in aluminium: growth of 26% in volume terms and in installed value of 28% (Palmer) has seen an influx of PVCU manufacturers move into aluminium fabrication. This has had its own knock-on effect in aluminium as they apply principles of automation and volume manufacture to aluminium.

Where things are perhaps different in PVCU manufacture to IGU manufacture is that volume isn’t as singularly key. There are opportunities for smaller fabricators to focus more on specialisms and the machinery innovations that allow them to keep up, are more accessible. You don’t need to invest on the same scale to sustain the currency of your product offer.

This includes flush PVCU casements – up 88% to 335,000 frames at the last count according to Palmer. This on top of the consistent long-term trend towards foils including both woodgrains and solid colours – up 45% since 2013.

There’s a real area of opportunity for smaller and medium sized fabricators that don’t have to chase volume and that can access growth markets for comparatively low capital outlay.

Timber-effect jointing is an obvious area of opportunity. It’s seeing great growth but it’s not a volume market – that means the playing field is level if you’re prepared to invest just that little bit.

The Timberweld process, for example, exploits four and two-head welding technology developed by Urban, to simultaneously deliver a twin-sided 90°butt weld, replicating a traditional timber joint but in a fraction of the time taken to do so mechanically.

We’re already seeing a number of smaller and medium-sized fabricators exploit Timberweld to deliver growth. It’s not about volume, it’s about quality of manufacture and a USP.

There’s a fairly small machinery cost to contend with and then an ongoing license but the ability to butt weld internally as well as externally gives you a high end and high-margin product.

ProfteQ, from the FOM-GS Group,delivers the same aesthetic but this time with the flexibility to deliver a 90° weld externally and internally a standard 45° joint. It features a highly flexible milling module, capable of machining almost any shape of profile. This also has the capacity to switch between profiles without changing tooling and a twin or quad welder.

The ProfteQ machining module and welder sit in a real sweet spot in the market. They’re perfect for smaller or medium sized manufacturers who want to access growth markets but who don’t do the volume to justify more substantial investment.

The additional flexibility that the ProfteQ platform gives you to switch between systems without changing tooling or provide additional capacity for standard 45° joints, is an additional advantage.

Flexibility as a smaller fabricator is key. The ProfteQ welder allows you to do a 90°or a 45° weld. You can run through timber-look joints or make up production by using it as a standard welder. There’s no license to pay and the machinery platforms are very low cost. It’s something that’s accessible to every fabricator regardless of size.

The same philosophy underpins our decision to launch the Graf SLS Seamless Sill Welder. Part of the highly innovative new FOM-GS Group machinery offer, it was specially developed for the UK and unveiled at the FIT Show in May last year.

It exploits the same industry-leading zip-welding technologies as the Graf SL4-FF range in sill manufacture to deliver an exceptional finish, but also at a fraction of the overall time associated with traditional fabrication.

This reduces total cycle time to around two minutes per cycle, cutting total production time by 90%, at the same time as delivering extra strength while removing all the abrasive processes.

The SLS delivers exceptional efficiency savings – it ultimately pays for itself but it also delivers an absolute step-change in product quality. The finish is exceptional, which is why it’s been adopted by so many big fabricators.

The point is, you don’t have to be big to buy it. The price point is again highly accessible for a platform that delivers far greater quality and a genuine USP.

This allows PVCU fabricators to apply the higher volume principles of PVCU manufacture to aluminium, supporting rapid processing. These are also principles enshrined in the design philosophy that underpins the launch of the FOM LMX earlier this year.

A fully automated machining and cutting centre, with movement across four axes and up to 50 NC controlled motorised axes, the LMX offers exceptional flexibility in cutting applications, including end-milling and notching, in a single production cycle.

The LMT is a great platform and the LMX is like it but ‘on steroids’. That technology, however, carries a price point that isn’t right for everybody because they won’t necessarily be doing the volume to justify it.

That doesn’t mean that there aren’t other highly innovative but also highly flexible solutions, which allow fabricators doing less volume to keep up.

For example, the FOM ADIR 3+1 axis CNC comes in at a highly accessible price point but delivers high yield and high margin returns.

It features: a pneumatic three axes worktable with -90°, 0° and +90° positioning; 4 pneumatic vices with manual positioning and double pressure, with safety valves and manually adjustable profile reference stops on the right and the left of the worktable; plus perimetric guard and front receding guard.

If you’re doing big volumes or you want to automate your processes, you need to be looking at the DALI 40/70, LMT65, LMX, or AXEL 4/5. If you’re not doing those very large volumes but want the flexibility to machine either aluminium or PVCU, with very high precision and a high yield, then the ADIR C is a superb platform and again, a very affordable one. 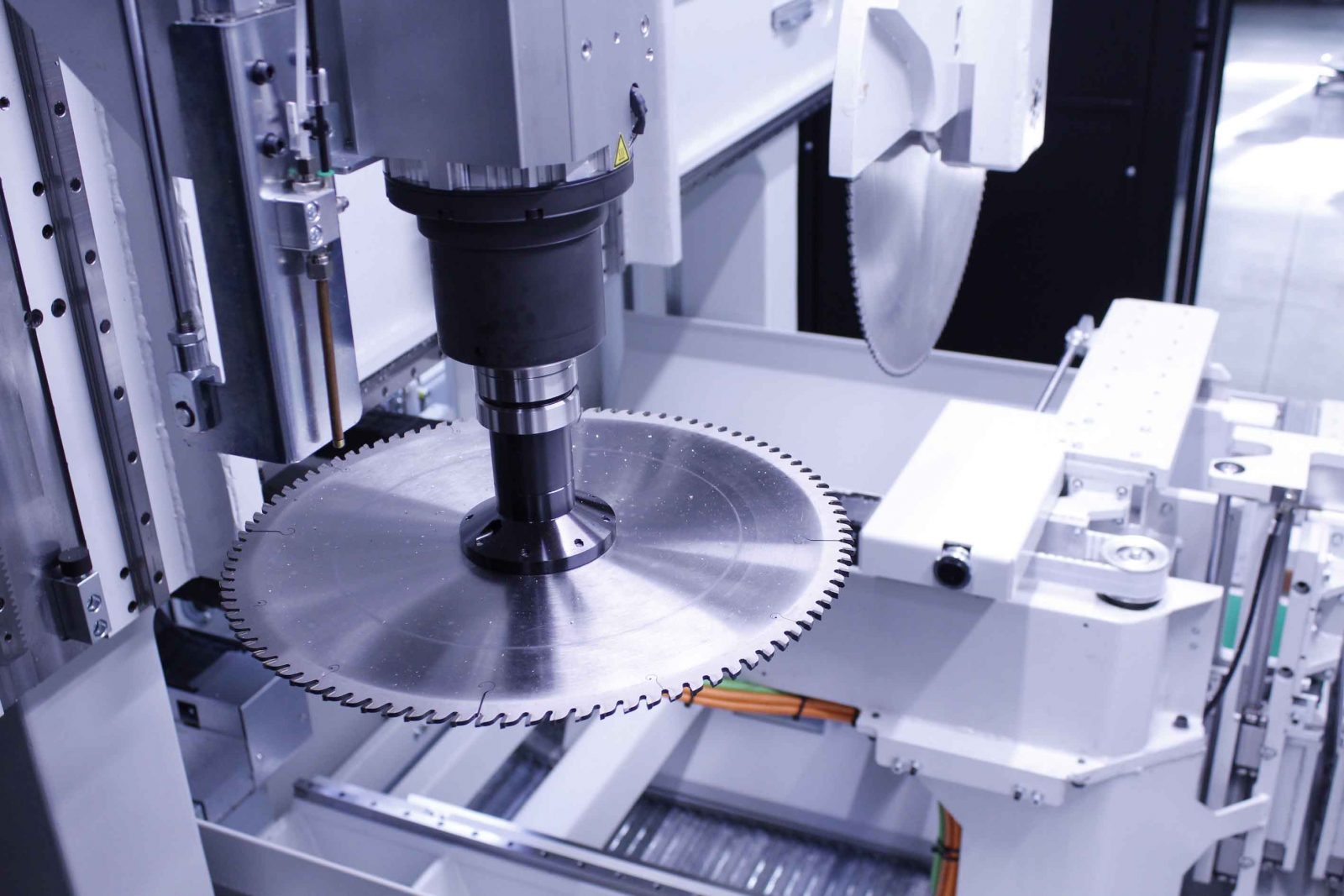 Why not subscribe to Glass Times?
Previous Reinforcing the need for approved steel Next Activity up, confidence down