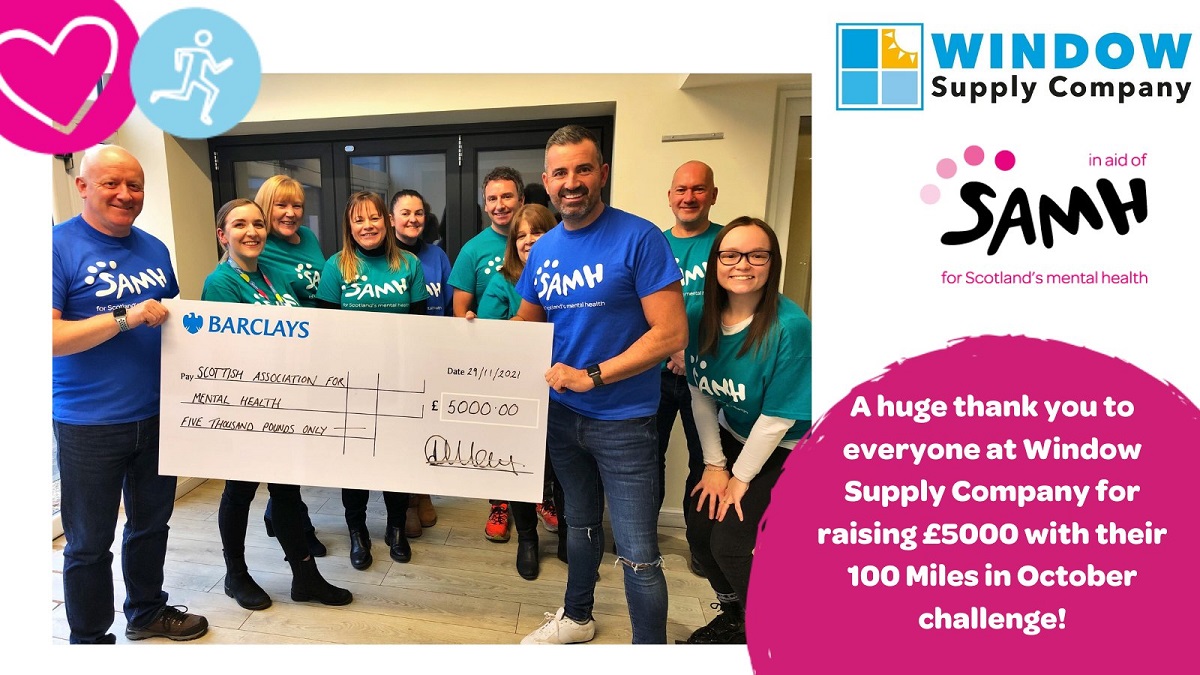 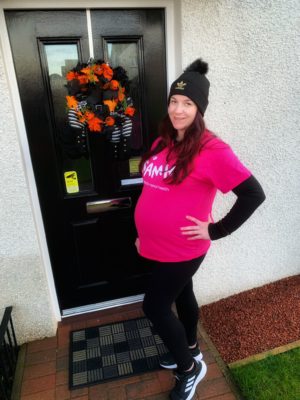 Sixteen members of the WSC team, including company directors Duncan Murray, Martin Linden, Greg Hall, Lee Harding, and Fiona Rafferty all took part in the challenge, with each participant walking, running, or cycling 100 miles in October.

During the challenge the team accumulated miles in Edinburgh, Glasgow, Stirling, London, Spain and Tenerife with children and dogs getting involved too. A huge effort was put in by the team, often in Scotland’s miserable October weather.

Stand-out performers in the challenge were Kimberley Bracone Baker who completed the challenge while eight months pregnant. Mark Devine completed 174 miles and summitted Tinto Hill. The team raised £2,500 which was then matched by Window Supply Company, taking the total donation amount to £5,000.

WSC chose to support SAMH, Scotland’s national mental health charity, because of the impact the pandemic has had on people’s mental health throughout the last 18 months.

SAMH delivers vital mental health social care support to adults and young people in over 60 communities throughout Scotland. SAMH believes that everyone in Scotland should have access to mental health support at the first time of asking, without the threat of rejection.

Marketing manager Deborah Hall said: “We selected this challenge because we know the positive impact being active has not just on our physical health, but on our mental health and well-being too. It was fantastic to raise funds for SAMH and support the amazing work they do across Scotland, plus the full team felt huge benefits to being active outdoors.”

Rachael Martin, corporate partnerships fundraiser at SAMH, said: “A huge thank you to everyone at Window Supply Company who took part in the amazing 100 Mile Challenge in October 2021. It’s really encouraging that so many of you wanted to take part to raise funds for SAMH and improve Scotland’s mental health.”