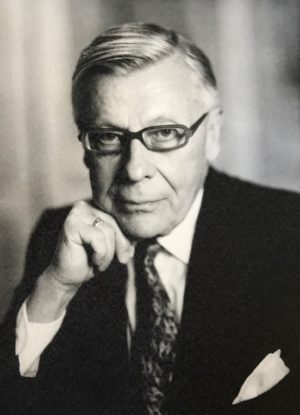 Rehau is mourning the loss of company founder and honorary president Helmut Wagner who passed away in Switzerland at the end of January 2021, aged 95, and surrounded by his family.

“The great sympathy for the passing of our father comes from many regions of the world,” Jobst Wagner, president of the supervisory board, said. “We are very touched by this as a family.”

Jobst described Helmut as “a courageous creator and unwavering visionary”.

“We will honour the memory of Helmut Wagner by resolutely continuing his impressive work,” he said. “His entrepreneurial spirit will continue to guide us in the future.”

Helmut Wagner has been shaping the world of plastics since 1948, when he founded the company in the city of Rehau, Upper Franconia, Germany.

After five decades, Helmut Wagner handed over the management of the corporation to his sons in 2000: Jobst Wagner became chairman of the supervisory board, and Dr Veit Wagner vice chairman. The third generation is already active in shaping the family business.

In 2015, Rehau city council paid a special tribute to Helmut by appointing him the first honorary citizen since the end of the second world war.

Today, Rehau is an internationally operating family business with 20,000 employees at more than 170 locations worldwide.

“We owe this in particular to the vision and courage of Helmut Wagner,” William Christensen, CEO of the Rehau Group, said.

Why not subscribe to Glass Times?
Previous Collective approach Next A career choice