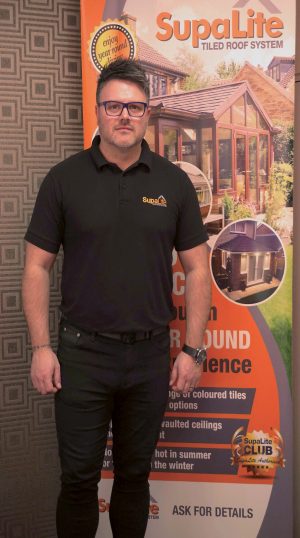 SupaLite has appointed Wes Clarkson as its new commercial manager.

Wes will oversee the sales and marketing for the business, focusing primarily on SupaLite’s kit-based roof systems. Working alongside SupaLite’s sales team, Wes will also be looking to support existing trade partners while establishing partnerships with new customers.

Wes started out at Ultraframe in 1996, before moving on to become sales manager at Shepley Windows with Steve Hacking. After a decade cutting his teeth in the industry, Wes joined the family business Padiham Glass as sales director. He headed up the now £multi-million business with brother Anthony before purchasing the company in 2015.

Following the acquisition of Padiham Glass by the Emplas Group, Wes seized the chance to take some valued time out, allowing him to explore new opportunities when the time was right.

Wes said: “When Steve Hacking called, I didn’t hesitate to meet with him. Not only because it was Steve – someone I have known and trusted for many years – but because it was SupaLite: an exciting business, one that embodies that customer-first ethos, where I believe I could make a difference.”