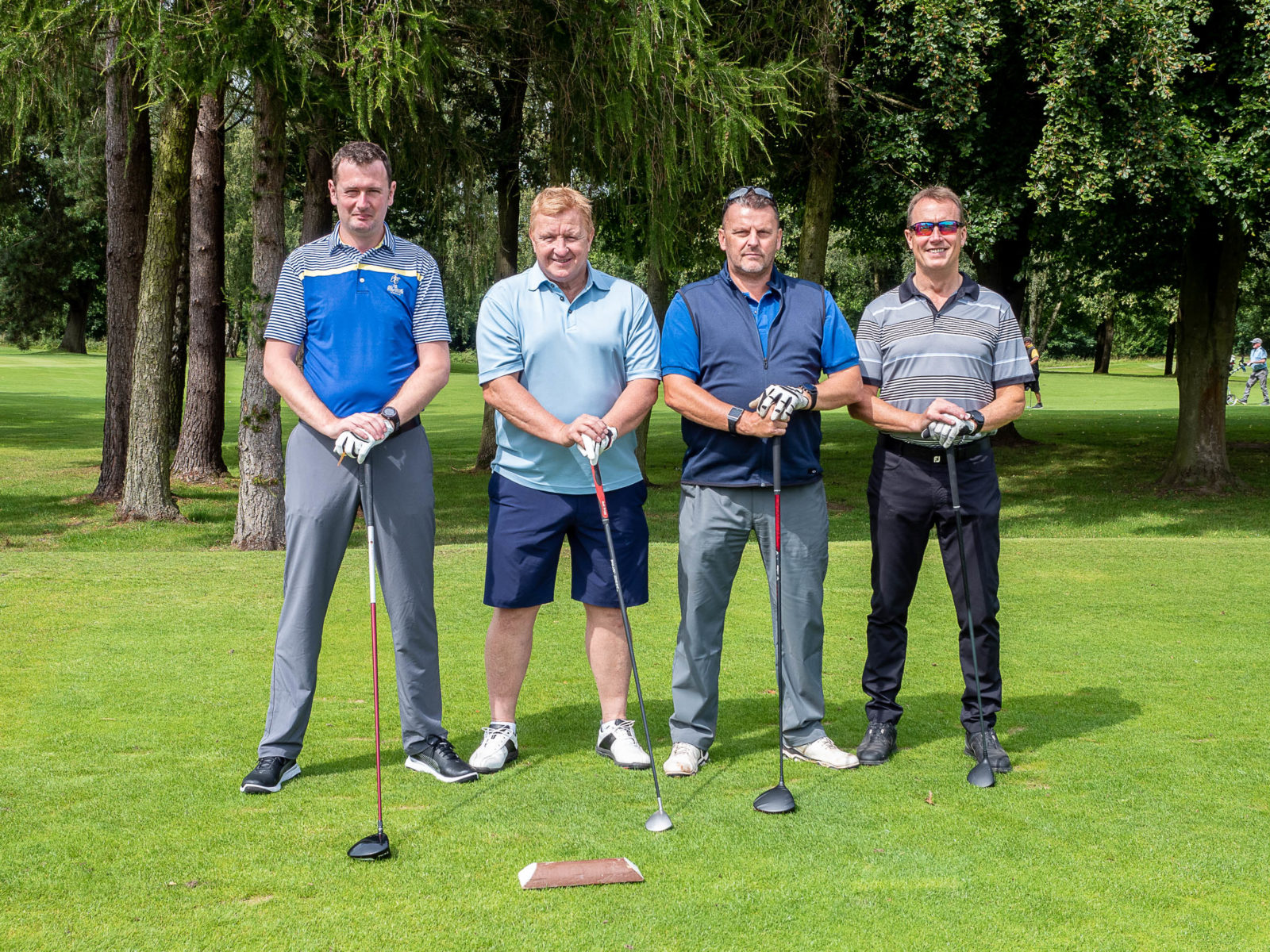 Rapierstar has helped golfers to prepare for GM Fundraising’s upcoming GMF Cup by hosting a practice day at the Astbury Golf Club in South Cheshire.

Following the success of a previous similar event back in 2018, the Rapierstar team wanted to make a special contribution to GM Fundraising’s efforts by arranging a day for GMF Cup competitors to finally get together and reach their A game in time for the big forthcoming event in Portugal.

Competitors for the postponed 2020 GMF Cup bring together representatives from some of the UK door and window industry’s best-known companies, including software companies, extruders, hardware and machinery suppliers, as well as many leading fabricators. All are participating in the Ryder Cup style challenge, which takes place at the world-class international Golf resort of Quinta do Lago in Portugal on September 14-16 as part of GM Fundraising’s ongoing programme to raise funds for Hope House Children’s Hospices.

The golfers gathered prior to their warm-up competition at Rapierstar’s new learning and development and conference centre, an extensive new building at its Star Business Park Head Office site near Macclesfield. This gave the players a sneak preview of this high specification new facility ahead of its formal opening in early 2022.

GM Fundraising chairman Gary Morton said: “On behalf of everyone who took part in the Astbury practice event, I’d like to share our great appreciation for everything that Team Rapierstar did for us. I doubt you could have done any more to have made it better – including organising the weather. Rapierstar is a lovely business which fully reflects the individuals who have worked so hard to make the business the success it is today.”

The practice day was an important part of the preparations ahead of what is set to be good natured, but fiercely competitive fundraising event, according to David Furness, managing director of Rapierstar, who organised the practice day at his local golf club.

David said: “GM Fundraising has done a tremendous job of raising money at a time when charities need our support more than ever, so we are delighted to support them by taking part in the GMF Cup. As with previous years, however, we will certainly all be giving the challenge our best shot, so getting together as we did at Astbury was the ideal preparation. Thank you to everyone who was able to participate.”