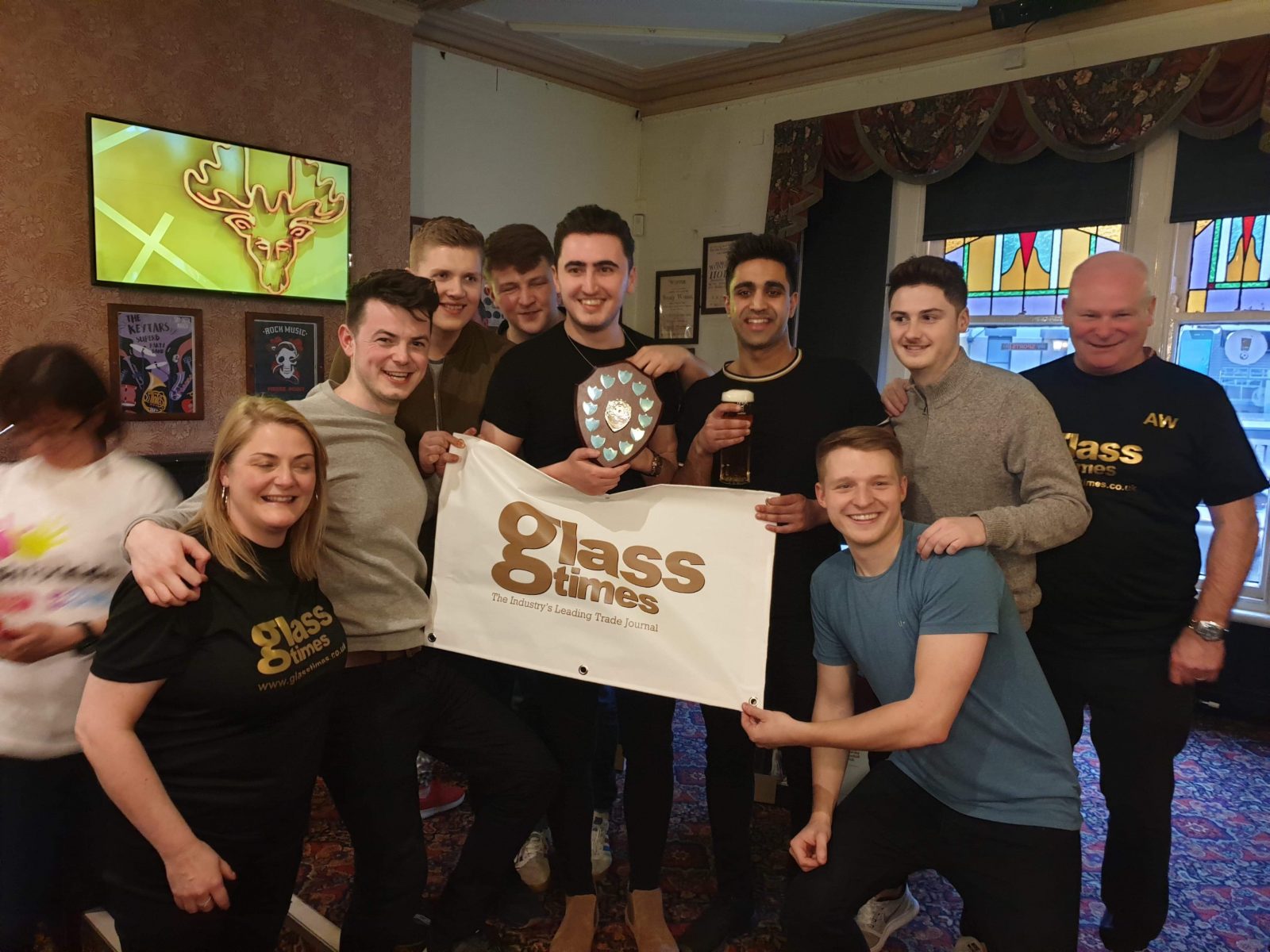 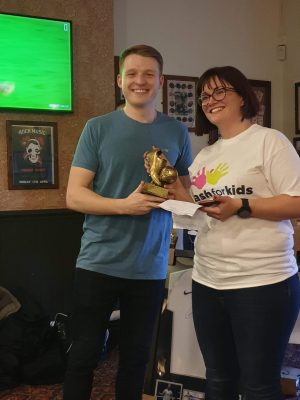 Nina, finance director at Supalite, is raising money for Rock FM’s Cash For Kids Charity. She is running the London Marathon for them, and this football tournament was part of the bigger fundraising effort.

So far, Nina has raised more than £4K.

The Supalite Charity Shield took place at the UCLAN Sports Arena in Preston on Saturday March 30. Twelve teams took part; there were four groups of three teams, and the two top teams of each group made it to the quarter finals and the knockout stages.

Glass Times drew its first match 4-4 with one of the favourites for the tournament Pearce Accountants. It then won the rest of its matches with a 3-0 win in the final to lift the trophy.

Glass Times publishers Andy and Mandy Westhead supported the Glass Times team with Jazz Walne and Louise Marsh. (Jazz almost got knocked out when she was hit full in the face from an eleven-a-side match taking place on a pitch alongside.)

Kev Rankin won the golden boot and Stephen Willsdon won man of the match in the final.

“Glass Times would like to thank Nina for organising such a fantastic day,” Andy said, “and we look forward to defending our title next year.”