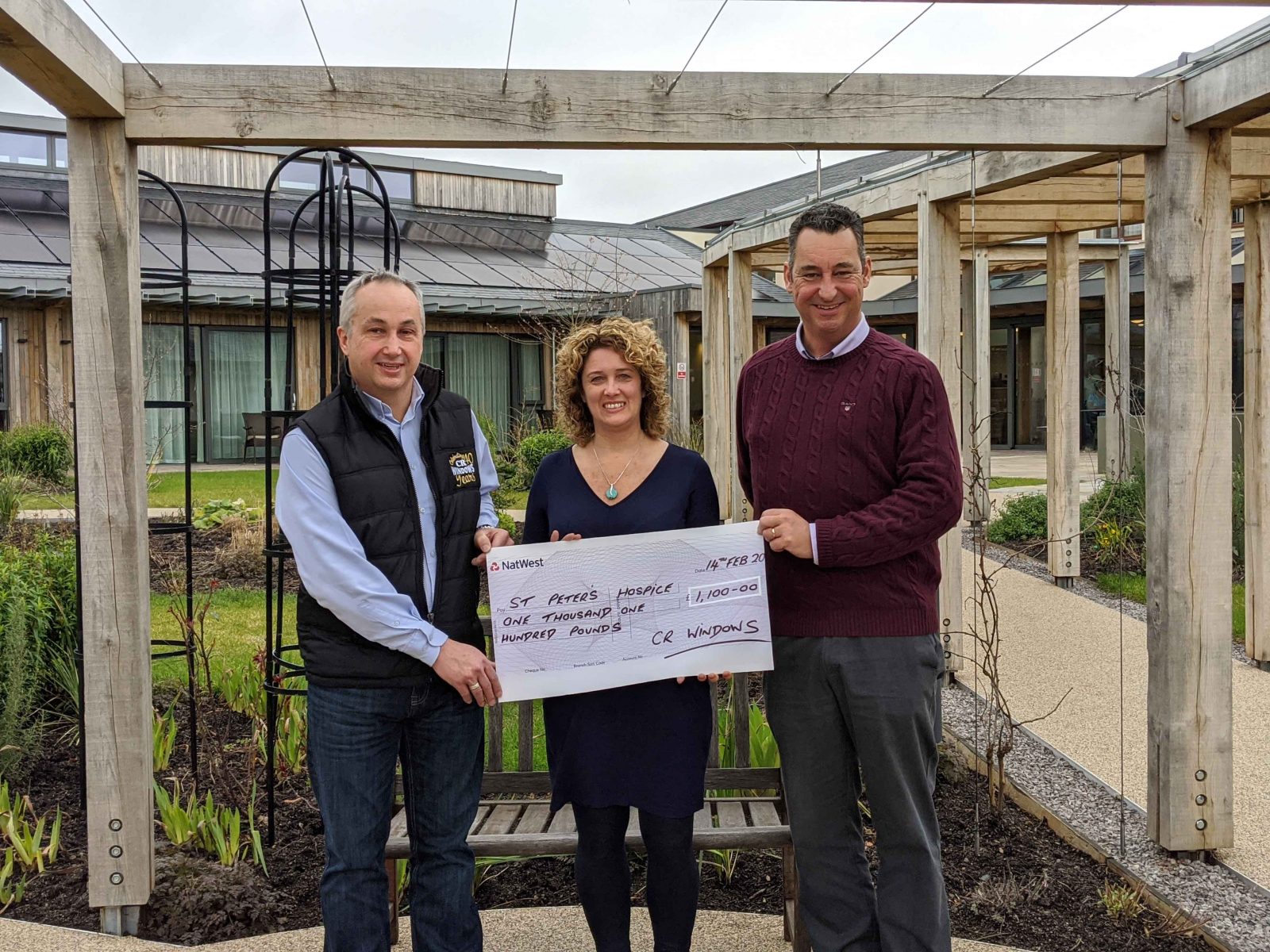 At the end of 2019 the company pledged to donate £10 to the Hospice for every new order received in January.

St Peter’s Hospice, founded in 1978, is a cause close to the hearts of CR Windows’ employees, and was established the same year as the window company. CR Windows has been supporting local causes for over 40 years, by donating money to causes including children’s sports clubs and TV projects such as DIY SOS, altogether donating more than £20,000 to local causes.

Dean Lancaster, products director at CR Windows, said: “Supporting the community we are part of has always been a priority for CR Windows. With the start of the new year, we wanted to do something special. We all know someone who has been affected by a life-limiting illness and the pain it causes, which is why we decided to raise money for St Peter’s Hospice. We’re so pleased with the amount we have raised and that it will go towards funding community nurses.”

Louise Turner, corporate fundraising manager at St Peter’s Hospice, said: “We want to thank everyone at CR Windows for choosing to support us. Donations like this can help us to pay for the community nurses who look after patients in their own homes, as well as the care we give at the Hospice itself.”

CR Windows is currently planning its next charitable scheme and hopes to fundraise for The Rainbow Centre, which supports children and families affected by life-limiting illness or death in their family.

Why not subscribe to Glass Times?
Previous Supporting the Welsh 1000 Next Conservatories contribute to mental health and well-being