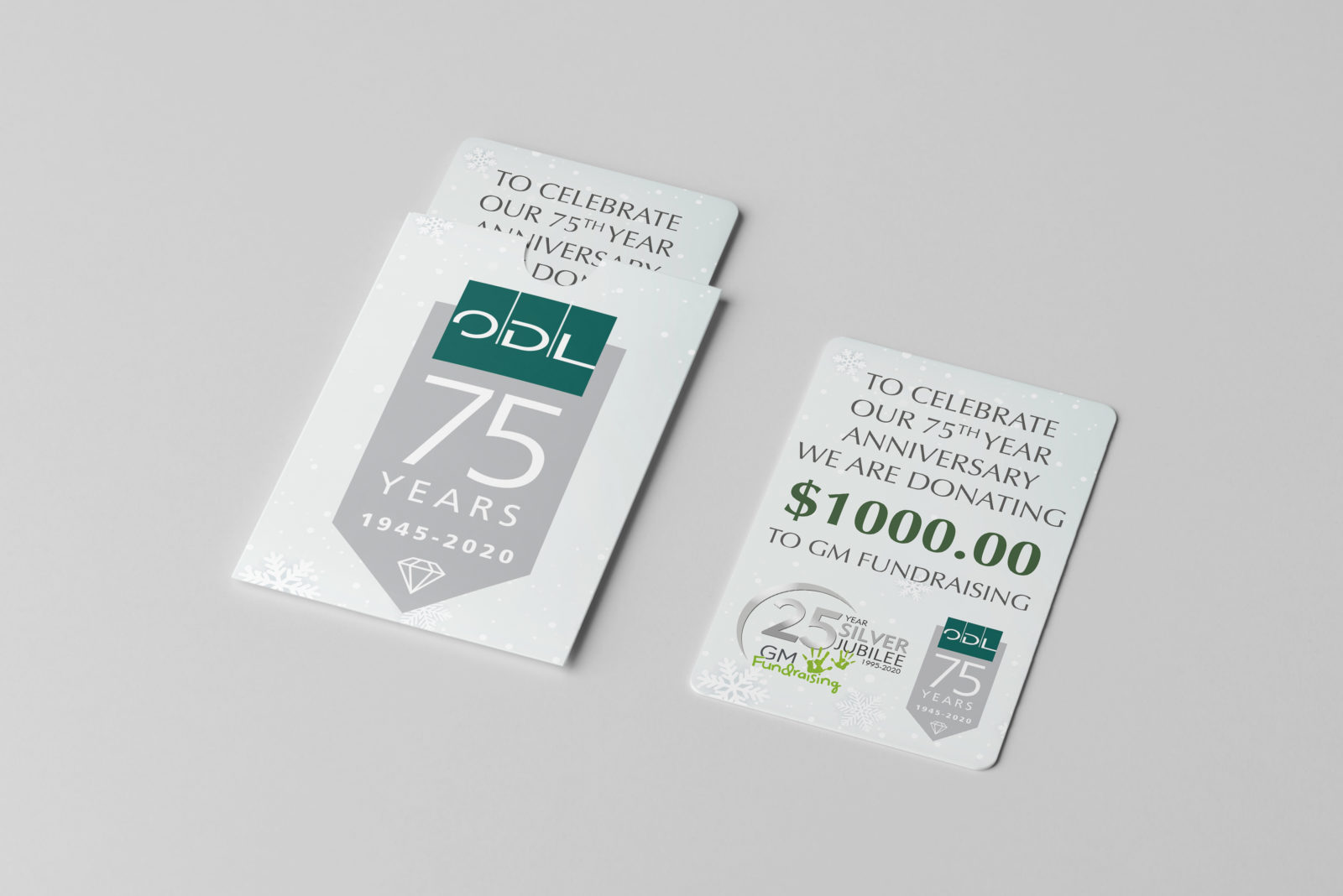 Nathan Barr, managing Director of ODL Europe, said: “We are delighted to make this donation to GM Fundraising to mark our 75th anniversary. Hope House Children’s Hospices is such an important cause because no one should have to face the death of a child on their own.”

Gary Morton, founder of GM Fundraising said: “We’re very grateful to ODL Europe for this donation. We’d like to thank the team for their generosity and, of course, congratulate them on their 75th anniversary milestone.”

The donation was part of a global initiative by ODL to make $1,000 donations to numerous charities to mark its 75th anniversary year. As a result, over 75 charities worldwide have now benefited from the company’s donations.

“The 75th anniversary is a significant milestone for our parent company ODL but due to the pandemic, it isn’t the anniversary year the team had planned,” Nathan said. “It was always our intention to mark the occasion by helping various charities, and we’re delighted to help support Hope House Children’s Hospices at this time.”

Why not subscribe to Glass Times?
Previous Online bridge Next Sash window searches are soaring